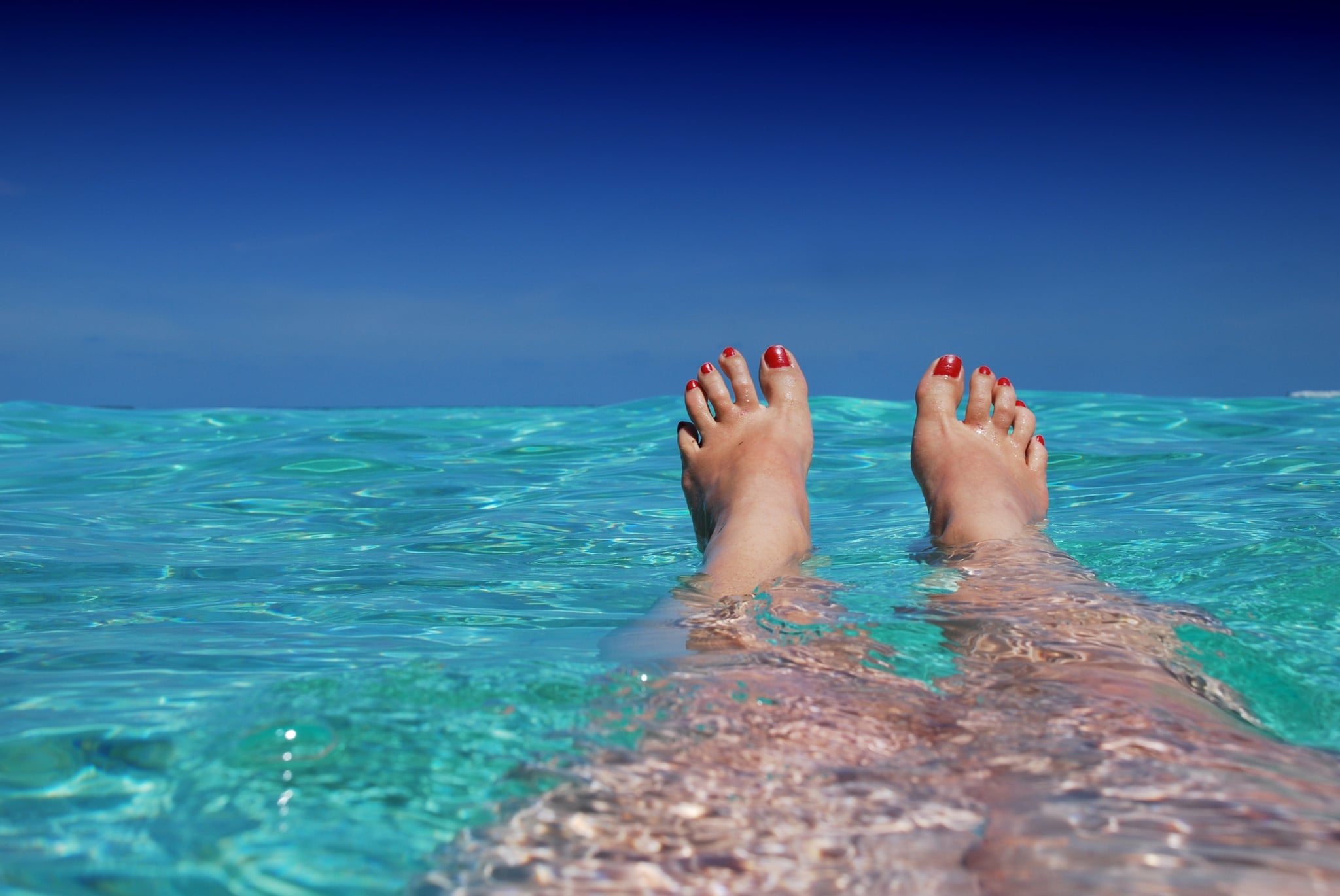 This past year has been incredibly stressful for me. Between work, family obligations, and aging parents, I rarely get a moment to myself. And, more often than not, I struggle to balance everyone else's needs without making time for my own.

So, when the opportunity arose to visit Awaken Float Lounge, a float center located a few miles from my home in Orange County, CA, I jumped at the chance for some much-needed "me" time. After dropping my kids at school, I drove straight to the tiny strip mall where I was greeted by the owner who led me into a private chamber for my first-ever float tank experience.

Related:
Wanna Sleep Like a Baby? This Trainer Says You Should Do These 3 Essential Stretches

According to a study conducted by BioMed Central in 2014, stress levels, anxiety, and depression were significantly reduced among float tank participants who climbed into a sensory deprivation chamber over a seven-week period. Researchers stated, "There was also a significant correlation between mindfulness in daily life and degree of altered states of consciousness during the relaxation in the float tank."

Needless to say, I was intrigued. Could this hour-and-a-half session really reduce my skyrocketing stress levels? I already practice yoga, so I'm no stranger to that blissed-out feeling I get when I enter final resting pose. But that zen feeling is often fleeting, so I was curious to see if entering a sensory deprivation chamber (aka "float tank") would be a beneficial way to calm my overly busy mind.

After the owner Eric explained I would need to rinse off any residual soap, lotion, or conditioner on my body before starting my session, he left me alone to shower in the serenely decorated room. Prior to his departure, he reminded me to use the complimentary earplugs provided to avoid swimmer's ear, an infection brought on when water remains in your ear after taking a dip in the ocean or — in my case — in a float tank filled with 10 inches of water and 1,200 pounds of Epsom salt.

Related:
I Tried a Cannabis-Infused Yoga Class, and It Was F*cking Amazing

I took a deep breath then opened the large refrigerator-like door before stepping stark naked inside the pitch-black deprivation chamber. Apparently, clothes are a no-go inside the tank, so my cute black bikini remained on a bench opposite the shower with a fresh towel and a bottle of cold water. After opening the door, I reached for the handles on either side of the wall then slowly lowered myself down onto the floor.

Laying in the darkness with no kids, phone calls, emails, or text messages to distract me, I began to feel my troubles float away. Finally, I was getting some much-needed alone time! I closed my eyes to enjoy the rare moment of solitude. Then reality began to sink in. I've never considered myself claustrophobic but, in all honesty, the darkness began to irk me after a little while.

As the remaining 30 minutes ticked by, I became so relaxed I think I may actually have fallen asleep. Or maybe I was just in a very deep state of meditation.

Initially, I felt very relaxed. Floating in the tank felt something like I imagine outer space must feel for astronauts. Your body is completely weightless and any aches and pains immediately subside. My mind began to drift and I almost fell asleep floating on my back in the abyss. But, after my body accidentally floated sideways, I couldn't find the handle to crack open the door so I began to feel like the walls were closing in on me.

And, of course, I started to panic.

As I lay there completely helpless, I wondered if I would be trapped inside the sensory deprivation tank forever. Would Eric forget I was in there if I couldn't find the door at the end of my session? Or would he unlock the room to release me from the chamber himself? I wasn't sure which would be worse: being trapped inside the tank or having a stranger see me completely naked.

Feeling surprisingly motivated, I reached my hands out sideways towards the wall then spun around in circles until I finally felt the latch on the door again. I breathed a huge sigh of relief. Wiping the salt off with the towel on the door, I opened it just enough to let a little sliver of light back inside the tank, immediately curbing my out-of-control anxiety.

Phew! That was a close one.

Thankfully, I'm not a quitter so I decided to lay back down again, but gave myself permission to open the chamber door whenever I started to feel claustrophobic. Knowing that I had an "out" helped me enjoy the benefits of the session again. As the remaining 30 minutes ticked by, I became so relaxed I think I may actually have fallen asleep. Or maybe I was just in a very deep state of meditation. I'm still not sure exactly since my mind was surprisingly still for the remainder of the time.

At long last, music began to play through the sound system, signaling that my time inside the tank had finally come to an end. I stepped outside, showered off the giant white streaks of salt clinging to my skin and headed back into the real world feeling far more relaxed than I had before I entered the tiny nondescript strip mall.