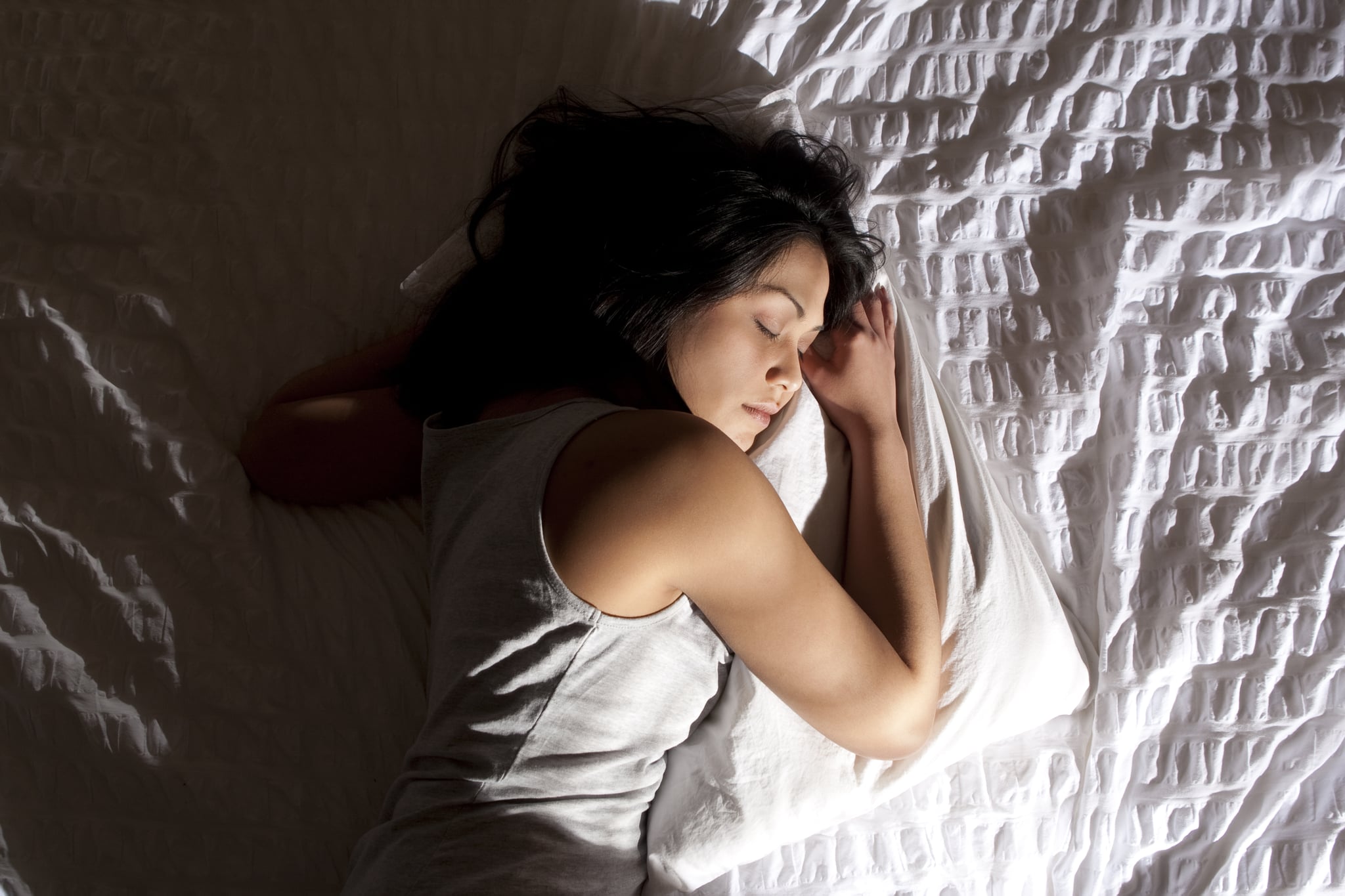 Almost every night as I'm falling asleep, I kick my legs. Sometimes it's a little twitch, other times it's a full-body jerk. Most of the time, I'm already passed out; the only reason I even know about "the kick" is because my boyfriend laughs at me over it the next day. Other times, though, it hits when I'm in between sleep and wakefulness and jolts me straight back into consciousness.

That kick is called a hypnic jerk, and it can come along with those familiar feelings of sinking or falling into the bed. Don't panic; all are very common sensations, said Rafael Pelayo, MD, professor of psychiatry and behavioral sciences at the Stanford Center For Sleep Sciences and Medicine. "That's one sleep phenomenon that, almost universally, people felt or have been aware of," he told POPSUGAR. Though harmless, hypnic jerks can be annoying or even scary; it feels like you can't control your own body.

Related:
I Gave Up My Phone Before Bed and, Wow, It Actually Helped Me Fall Asleep Faster

What's happening, Dr. Pelayo explained, is that your brain's signals are getting crossed. Your body wants to fall asleep, but you're forcing it to stay awake, whether that's to read an email, finish a show, or think through a complicated idea. "It's a misfiring of the system because you're giving your body mixed signals," Dr. Pelayo said. You control your body's movements differently when you're asleep versus when you're awake, and the two are essentially being mixed up in your head, resulting in a body twitch or leg kick. "The sleep world and the waking world are blurring," as Dr. Pelayo described it.

Hypnic jerks are normal and not a sign of any major sleep issue, but you should take them as a sign that it's time to go to sleep for real. Dr. Pelayo explained, "What your body's telling you is, 'You should have been asleep already, OK? Stop trying to stay awake.' That's the signal. Don't be scared of it." If the jerks are bugging you, that's also the way to get them to stop: put away your computer, phone, book, or whatever's keeping you awake. Turn off the lights and let yourself drift off without any distractions, which will give you a better night's sleep in mind and body.

Still having trouble getting to dreamland? Try this simple breathing technique that really works and implement these four calming habits to ease you on your way.