World, meet Elizabeth Llorente. She's a 37-year-old mother of two and personal trainer from Melbourne, Australia — oh, and she also just became the newest world record holder for the most burpees done in one hour by a woman after breezing through 1,490 reps in 60 freakin' minutes. No big deal.

If you're anything like me, you're likely wondering, "Why on God's green earth would she put herself through such a tortuous feat?" Turns out, there's actually a touching source of motivation behind her move. Elizabeth chose to take on the challenge to raise money for MS Australia, an organization that advocates for people battling against multiple sclerosis, after her friend was diagnosed with the chronic disease, she told The Project.

Related:
I Did 50 Burpees Every Day For 30 Days, and Here's What Happened

On the fateful day of her burpee-crushing adventure, the Australian fitness guru had raised nearly $5,000 for the charitable cause before launching into a whopping 1,490 consecutive reps of the cardio-based, strength-training move in one hour, beating out the previous Guinness World Record of 1,321. Impressive, right?

Now, this all sounds fine and dandy, but there's a bit of a twist to Elizabeth's record-breaking journey. When footage of her burpee-filled escapade started circulating on the internet, people immediately started to question her form, as her version of the exercise appears to not be the norm.

The above Facebook video of Elizabeth doing her burpees was flooded with thousands of comments from confused social media users who claimed she wasn't doing a "real" burpee. Some simply commented with a video of someone doing the move the "correct" way, while others were a bit more blunt. "Still waiting for the first rep," one person wrote, while another commented, "Looks half assed to me."

Related:
This Is the Secret to Doing the Best Burpee, According to a Trainer

Their confusion is certainly warranted. A "real" burpee typically involves squatting down, thrusting your feet back until you're in a planking position, going down into a push-up, jumping your feet forward until you're in a squatting position again, then explosively jumping straight up with your arms raised to the skies. Elizabeth happened to skip a few of those steps, fully avoiding the push-up portion and not lifting her arms up or straightening her body.

But she's actually not in the wrong here, and she definitely still deserves that world record title. Elizabeth explained to the Washington Post that her burpee technique was purely strategic. "My coach and I made the decision that I would keep myself as close to the floor as possible in order to minimize energy output for the maximum number of reps in total," she said before confirming that she "definitely [knows] what a burpee is." What's more is that her form was technically within Guinness's definition for a burpee, which, according to BarBend, only requires the feet to jump back (not necessarily into a plank or push-up), and the jump merely requires the hands and feet to leave the ground.

Related:
Get Stronger With This 2-Weeks-to-50-Burpees Challenge

All controversy aside, let's concentrate on what really matters here: the fact that this strong woman kicked ass and smashed records, all while raising money for a worthy cause. I, for one, personally couldn't even do one-sixteenth of the amount of Guinness-approved burpees Elizabeth did, and I'm bowing down to her strength. 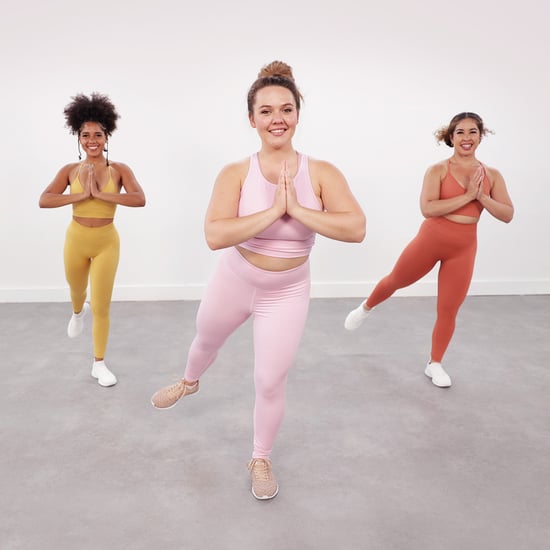