We can all thank Zac Efron for catapulting us into puberty when he played the iconic role of Troy Bolton in High School Musical, but his stardom (and his pectoral size) has only increased since his HSM days. Zac has been busy gearing up for his Ted Bundy biopic, Extremely Wicked, Shockingly Evil and Vile (which has us feeling all sorts of conflicted), but have no fear, he's still keeping his Baywatch body just as trim as his new Bundy-esque mustache. How exactly did Zac manage to transform his body from Teen Beat to lean beast? Read on to find out!

Related:
My 14-Year-Old Self Wants This High School Musical 4 Trailer to Be Real

Zac's intense Baywatch prep involved two-a-day workouts with a ton of endurance and agility training. But while he did traditional weightlifting in the morning, he balanced this out with outdoor activities such as lifeguard training and 20 miles of biking, according to E! News. It turned out that he loved biking so much that his manager got him a carbon-fiber road bike so he could pursue endurance cycling, he told Men's Journal. He kept up his cycling habit while filming The Greatest Showman, but hopefully he's practicing more caution on the road after that scary accident he had while biking with his costar Hugh Jackman.

It's one thing to watch G4's American Ninja Warrior, but it's a whole other thing to train like a ninja warrior. The Ninja Warrior Workout craze was inspired by the hit TV show (and lucky for us, ANW competitors Brent Steffensen and Kacy Catanzaro made a 60-minute version that we can try ourselves!). Zac trained on the Baywatch set's obstacle course to prepare for the real-life ninja warrior competition scene on camera (against Dwayne Johnson, no less), and he even claimed on Live With Kelly and Ryan that he'd love to compete on the real show someday.

Whether he's pumping iron or swinging kettlebells, Zac needs to have the perfect tunes lined up to keep him motivated and kick his workout into overdrive. When Vogue asked about his go-to workout song during his 73 Questions segment, Zac said, "Something, like, aggressive. Hip-hop, ScHoolboy Q. I want the top." Zac has also named both Chance the Rapper and Kendrick Lamar as his favorite rappers. Chances are that he'd love to sweat out to this 30-minute intense hip-hop playlist.

When Zac's trying to get into top form, his trainer Patrick Murphy puts him on a strict diet of all-organic foods, which consists, as Murphy told Vulture, of "nothing from a box." Recently, he's even been experimenting with a purely plant-based diet. As he told Teen Vogue, "That's completely changed the way that my body works, and the way that I metabolize food, the way it turns into energy, the way that I sleep. It's been brilliant. It's been great for my exercise, and great for my routine." Anyone who says a vegan diet doesn't have enough protein just needs to take one look at Zac's biceps to know that isn't true!

Sebastian Stan
Help, I Literally Can't Stop Thinking About Sebastian Stan's Arms in This Photo
by Kelsie Gibson 31 minutes ago 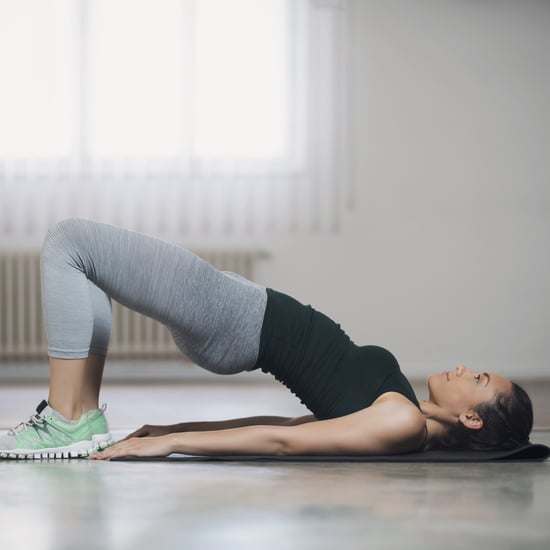