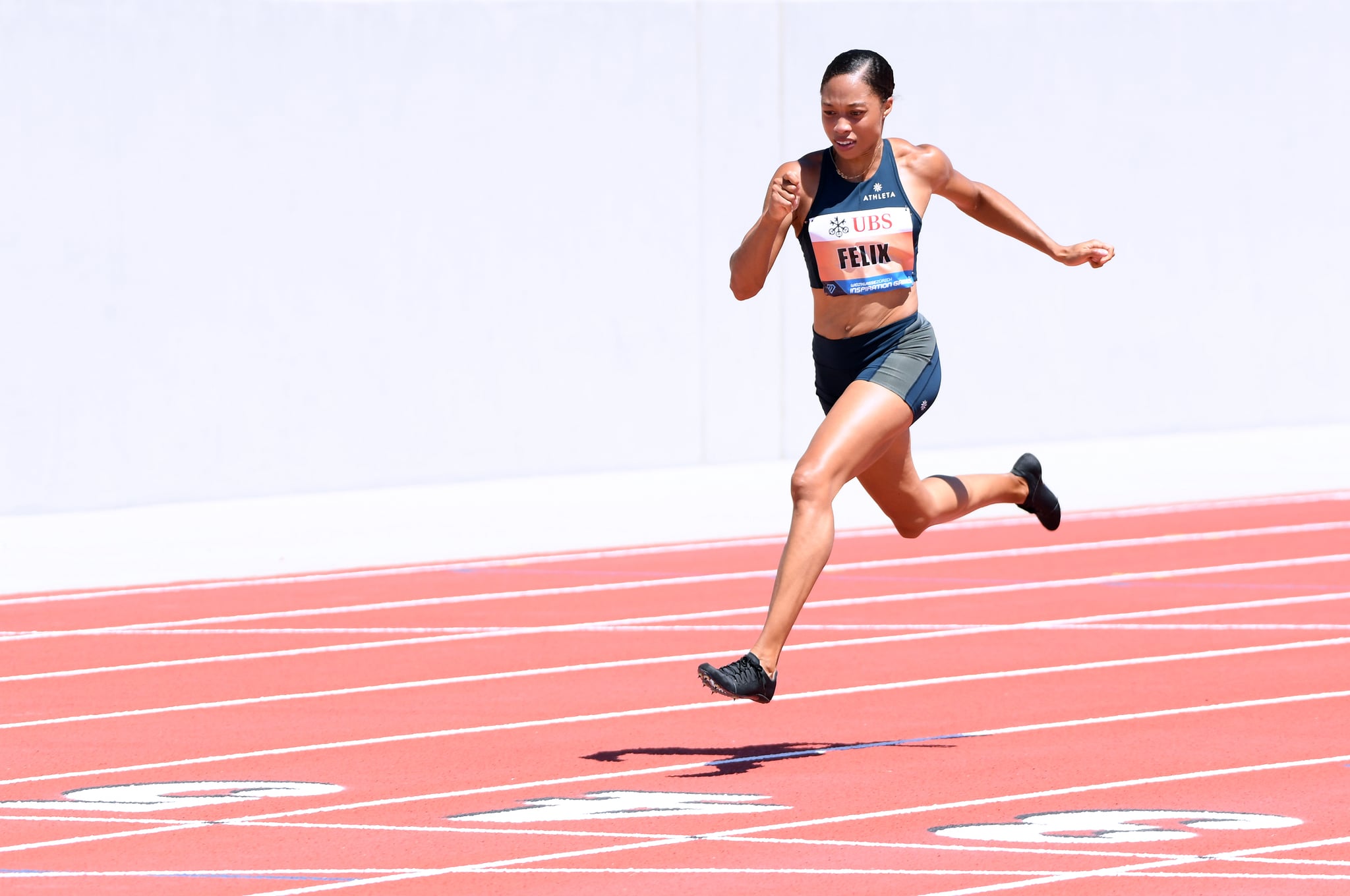 To say Allyson Felix is a track and field star is an understatement. She's tied with Merlene Ottey as the most decorated female track and field athlete at the Olympics with nine medals (six gold, three silver), and earned her 12th gold medal at world championships in 2019, breaking Usain Bolt's record just 10 months after giving birth to her daughter Camryn (NBD). The sprinter, whose main events are the 400-meter and the 4x400 relay, has competed in four Games total since her Olympic debut in 2004. So when it came time to train for her fifth Games in Tokyo, the accomplished athlete was mentally prepared to compete in July 2020. But, as we all know, a global pandemic had other plans.

"The hardest moment [over the last year] probably is just the learning that the Games would be postponed," Felix told reporters during the US Olympic and Paralympic Committee's Team USA Media Summit held virtually on April 7. "Obviously, it was something that had to happen and there was such a loss of life and loss of normalcy and jobs, and so much loss all around that you felt like you were really going through it with everyone, but I will say, as an athlete, everything is timing. And for me personally, I feel like my family had made a lot of sacrifices for me to be able to have this opportunity, and so for it not to go according to plan and not look like the way that we had imagined was really difficult."

She added that it was "challenging" to find the strength to pivot, move forward, and have the energy to train for another year. In true Olympian fashion, Felix used the extra time to her advantage and focused on getting stronger and better. But, she added, "it was definitely a difficult task."

"I tried to give myself space to grieve the loss of not having the Games as scheduled."

Felix was open about how the coronavirus pandemic and postponing the Games was a heavy time, so I asked her during the summit how she has taken care of her mental health over the last year while pivoting training and mentally preparing for a 2021 competition.

Related:
"I Have Never Been More Grateful For My Body," Allyson Felix Says After Overcoming Body Image Struggles

"I tried to give myself space to grieve the loss of not having the Games as scheduled and just really to feel all those emotions," she said, adding that she had to "get it together" after that. She starts each day with a gratitude journal and jots down what she's grateful for, such as her family's health, and said that it helps "center" her.

Overall, she said it's important that she takes the time she needs and to prioritize being kind to herself. "As an athlete, I think that there's so much on our plate and there's so many things to do, but I think the pandemic has really shown me how much of a priority that should be."

We're glad to see she's taking care of her mental health during such a tumultuous past year for everyone, including Olympic athletes, and we can't wait to see her compete this summer. More broken records are in Felix's future for sure.