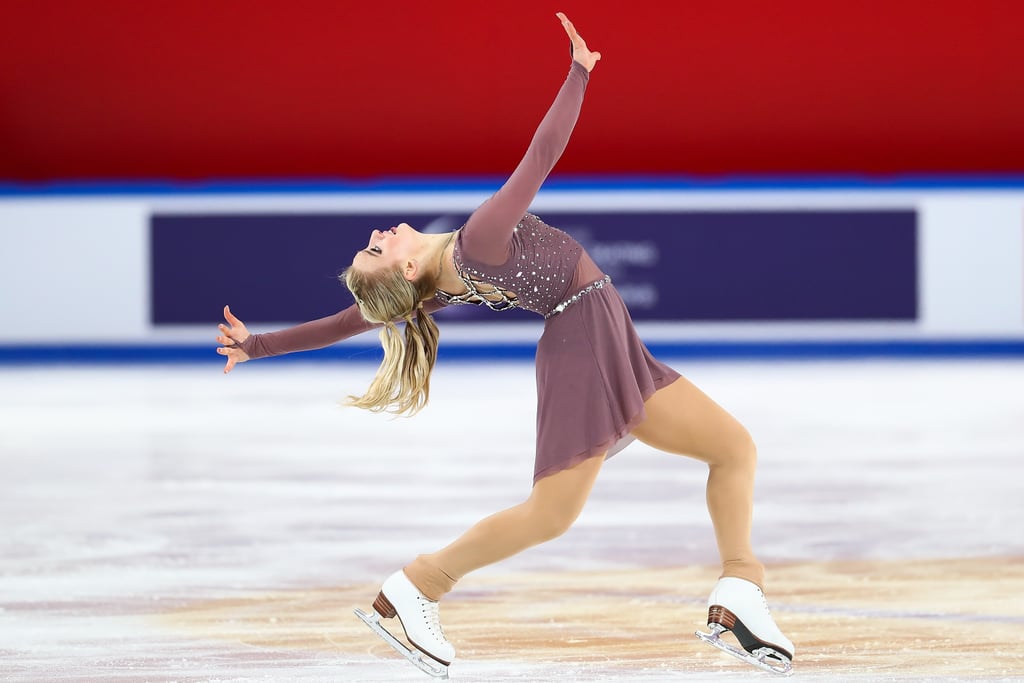 Amber Glenn is a US junior national champion in figure skating and a current member of Team USA who received fifth at the national championships this year. The 20-year-old is coming into her own on and off the ice. She has worked with a sports psychologist to better herself as an athlete and announced late last year publicly that she's bisexual and pansexual.

Glenn has a large following on social media — 22,000 followers on Instagram alone — and her TikTok account is filled with fun skating footage paired with popular songs and dances. The videos are equal parts mesmerizing and entertaining to watch. Her following on that platform amasses over 58,000, and for good reason! Ahead, check out her coolest videos and watch her glide across your screen.