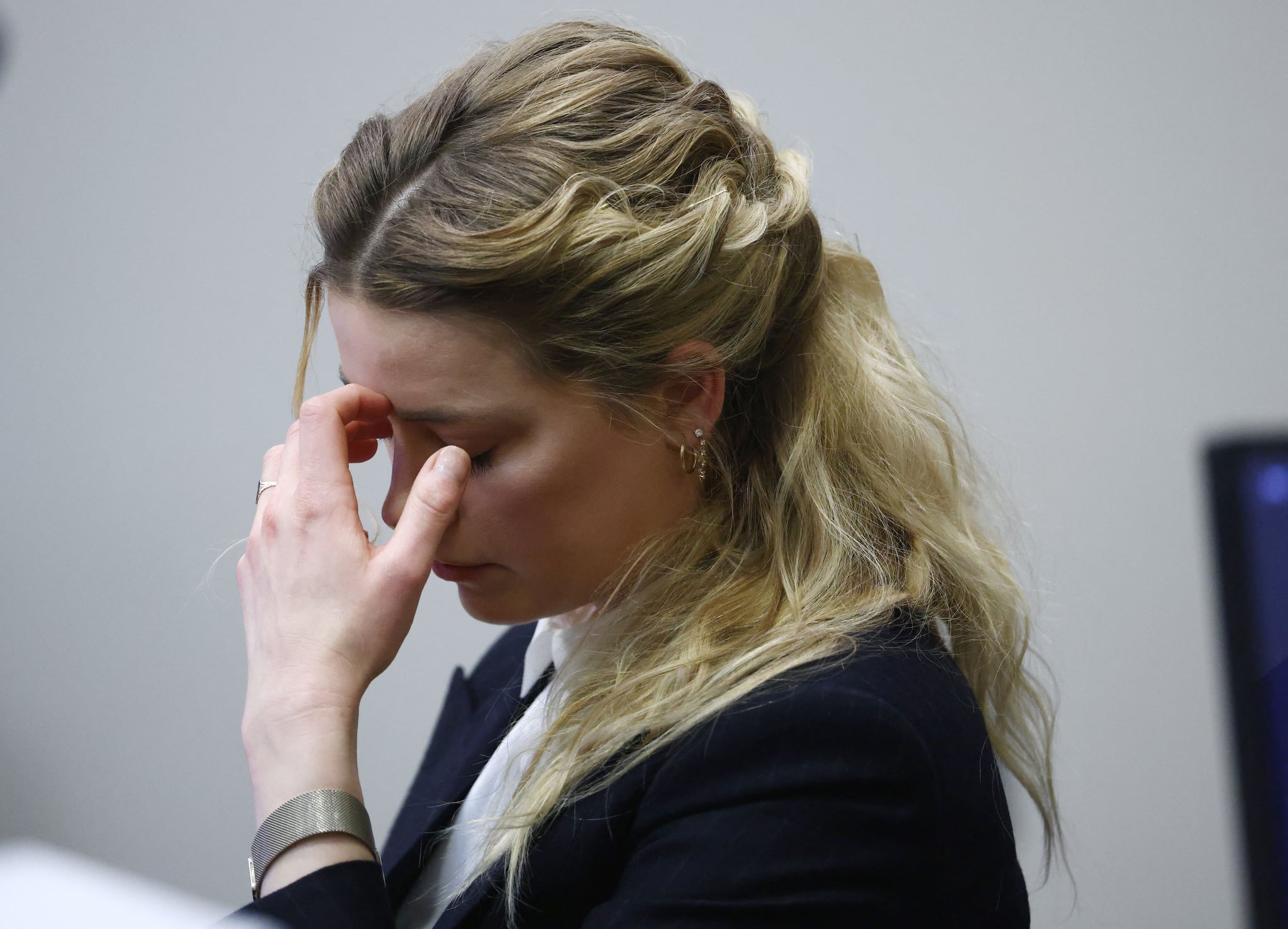 When Johnny Depp and Amber Heard's defamation case began early last week, I knew it would become a media frenzy. Between the clips on TikTok and the live-tweet coverage detailing the former couple's troubling past, I was prepared for the onslaught of news coverage to take over my social feeds.

Per the Mayo Clinic, BPD is a mental health disorder that "impacts the way you think and feel about yourself and others, causing problems functioning in everyday life." And much like BPD, HPD is characterized by "dramatic, overly emotional, or unpredictable thinking or behavior." Though the "Diagnostic and Statistical Manual of Mental Disorders, Fifth Edition" regards the two as separate diagnoses, if you compare BPD and HPD traits side by side, there's a lot of overlap.

Here's where the problems start, though: While on the stand, Dr. Curry said that BPD is commonly "a predictive factor in women who implement violence against their partner." Then she stated that women with HPD are obsessed with their looks, often using them to their advantage to get what they want. She added that when people with these disorders weren't manipulating through looks (note that she doesn't specify which disorder), they played "a victim or princess role."

I couldn't believe what I was hearing, but I also wasn't surprised. And given how highly publicized the trial has been, I knew that there was a strong chance that personality disorders — and the type of misinformation and stigmatizing language that often surrounds them — would soon become a trending topic.

After all, this exact language is part of the reason I was so mortified when I learned of my own BPD diagnosis in 2019. I didn't want to be diagnosed with a condition that called me "manipulative" or "dangerous."

Just as I suspected, within hours of Dr. Curry's remarks, social media was flooded with triggering comments not only aimed toward Heard but also toward all people with personality disorders like BPD. Among the harmful tweets were people inaccurately saying that HPD is "an extreme form of narcissism." Another user replied by talking about how "people don't understand how dangerous people with these disorders are," specifically referring to BPD.

It was just revealed that Amber Heard was diagnosed with histrionic personality disorder—an extreme form of narcissism. This was her reaction to hearing the doctor’s testimony. #JohnnyDeppVsAmberHeard pic.twitter.com/MRP8kDWf5b

What a lot of people don't understand, however, is that no BPD or HPD diagnosis is the same. To be diagnosed with BPD, you only need to demonstrate five of its nine associated traits (among other diagnostic criteria). The same applies to HPD, too. Ultimately, this means BPD is a hugely varied experience for every individual. Each of us may have similarities, but how symptoms manifest will be specific to that person. As such, BPD is in no way synonymous with abuse.

Ever since the disorder was recognized in the late 1970s, stigma and misunderstanding have plagued BPD diagnoses. One of the main reasons it's viewed so negatively is because BPD patients can be seen as challenging, which then reinforces the notion that we're difficult, aggressive, and uncontrollable. This has then trickled through to popular culture, used as a tool to describe dangerous people's actions.

"Specific to BPD, there are Hollywood representations that contribute to the misunderstanding of what people with BPD are generally like in person," Meghan Marcum, chief psychologist for AMFM Healthcare, says. To make matters worse, because clinicians are so intrigued by the "challenges" BPD presents, studies are often conducted that suggest potential links between personality disorders and violence.

"Personality disorders like BPD are often misdiagnosed or misunderstood, even within the field of mental health professionals. These limitations only perpetuate the stigma about the disorder and why people might shy away from talking about BPD," Dr. Marcum confirms. It's worth noting that this could be just one of the many reasons BPD is associated with higher rates of suicide and self-harming behaviors.

I may go to dark places, but the most harm done is always to myself, not to someone else.

In my own relationships, I'll admit, I have a terrible temper. I personally suffer with awful mood swings, often accompanied by rage and hysteria. Does that sound extreme? Yes. Does that make me a bad person? No. I may go to dark places, but the most harm done is always to myself, not to someone else.

While the media coverage of this trial and Heard's alleged diagnosis may say otherwise, it's reductive and unfair to place people with personality disorders into stereotypical boxes. Regardless of whether Heard actually has BPD or HPD, the diagnoses simply cannot be used to either justify, explain, or serve as proof for any sort of alleged abuse.

For that reason, as awful as the allegations have been from both sides of the Depp and Heard trial, my primary concern isn't to figure out who is guilty and who isn't — it's to try to combat the vilification that the BPD and HPD community stands to face.

I don't know if Heard has BPD or HPD, and I don't know the details of her prior relationships. But to present a diagnosis as an explanation for or as proof of abuse is stigmatizing to people who, like me, live with the disorder. The language we use to talk about mental illness matters. I, and many others living with BPD, can testify to that.