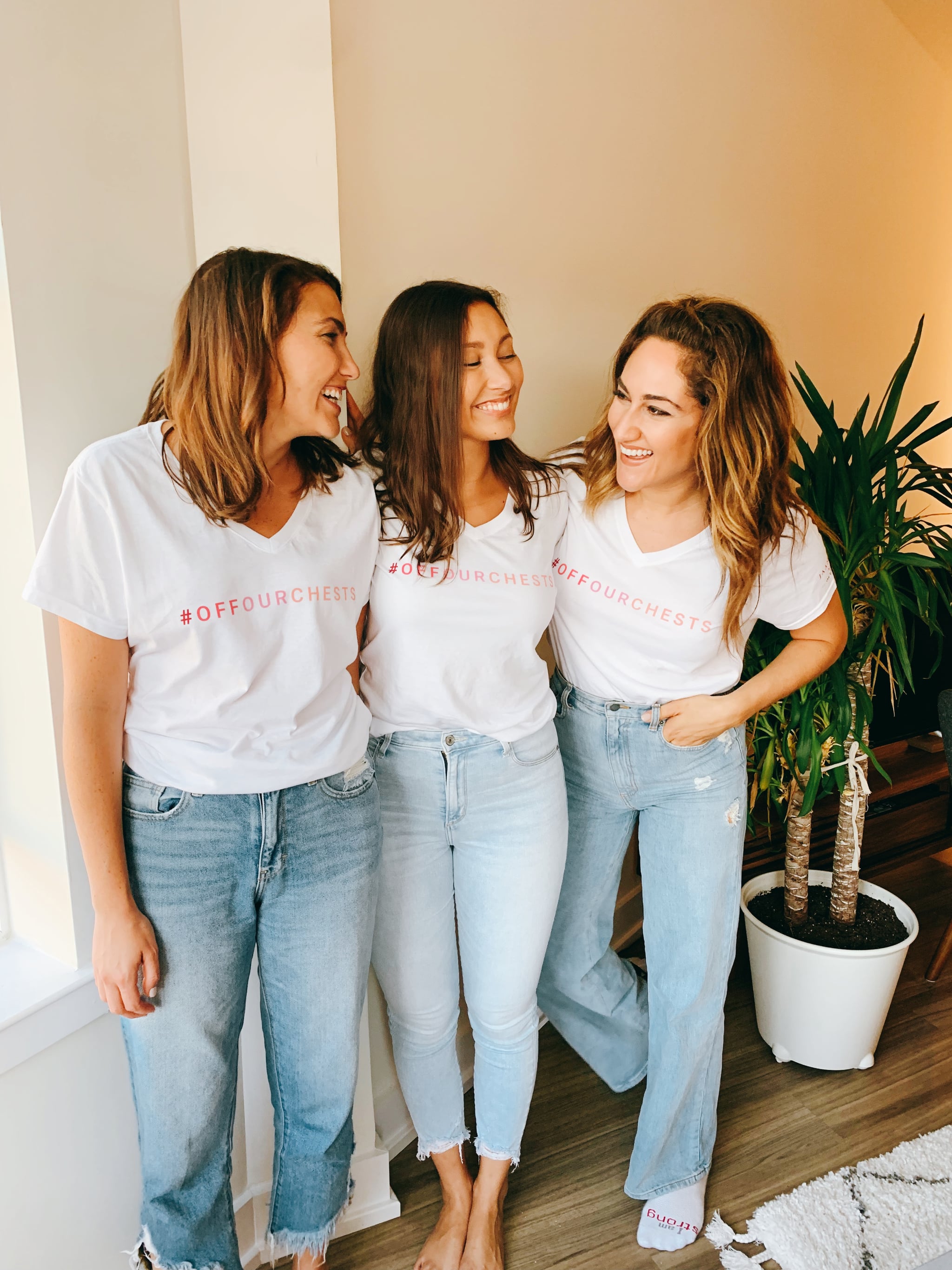 In January 2017, a few weeks after her 28th birthday, Allie Brudner was diagnosed with stage two triple-negative breast cancer. That same month, Paige More, then 24, got a preventative double mastectomy; she had tested positive for the BRCA1 genetic mutation. At the time, Bri Majsiak, who lost her mother to breast cancer at age 5, was en route to graduate with a masters in journalism from Columbia University. Her thesis topic? Young women at risk for breast cancer. Bri, Paige, and Allie, all impacted by the same disease in different ways, eventually came together to form The Breasties, a nonprofit that started out as small but impassioned meetups with a handful of people and has grown tremendously ever since its unofficial founding in Spring 2017.

The Breasties received its 501(c)(3) status in February 2018, and it has just under 40 ambassadors in 29 cities across the country — the largest communities are set up in places including Boston, New York, Philly, and Chicago. The mission is to provide free events and weekend retreats for women affected by breast and reproductive cancers. You can be a previvor (someone with a family history of cancer), a survivor, a caregiver, or a thriver, "someone who's living with stage four," Bri told POPSUGAR. Anyone touched by these cancers is welcome.

Paige hosted what she calls the first Breasties event a couple of weeks after her double mastectomy; 13 women showed up. This led to regular meetups orchestrated through social media where everyone did normal "friend stuff," Paige said. "We'd go to a workout class, get dinner together, or walk through Central Park." It's social media that also introduced Paige and Allie; Paige had been posting about her double mastectomy on Instagram and amassed a large following, and Allie won a contest to go with her to another nonprofit's gala. Bri and Paige met separately at a New York City support group geared toward double mastectomies.

The crowd at that support group was much older than the two of them. "We just didn't feel like we belonged there and that wasn't the energy or the environment that we wanted to be in," Paige explained, adding that, for a long time, she didn't feel like she had a place in the breast cancer community because she didn't have breast cancer. "That really propelled me to start putting these events together," she said. Bri recalled that they found it to be a "very competitive environment where it was like, 'Who's story's worse?' and 'You guys are so young, you don't have to worry.'"

"There's a huge misconception about breast cancer not happening to young people."

Allie mentioned that after her chemotherapy ended and she was scheduled for her own double mastectomy, the doctors showed her pictures of women who had gone through the same thing. All of them, she said, were "so much older than me, and [doctors] tried to tell me what my body would look like on these women who just didn't look like me." That's why she found solace in Paige's story documented on Instagram. "There's a huge misconception about breast cancer not happening to young people," Allie noted. And though your risk generally increases with age, she wants to emphasize that young women are in this community, too. Out of all new cases of breast cancer in the US, about 11 percent are found in women younger than 45, according to the CDC.

The Breasties's demographic is mostly young women, "but we are open to all ages, all stages, all demographics," Bri said. "There's really never been a place that's kind of all-inclusive before." Paige echoed that: "It's not about what stage you are. It's not about how old you are, what you look like, where you come from. None of that matters to us. For us, it's about removing the labels and making sure that everybody knows that if they want a place, it's here with us."

Allie, who recently underwent a surgery to decrease her ovarian cancer risk, continued on to say that they created this community because it was something they so desperately needed, and they hadn't envisioned it growing beyond New York at all. "The fact that women are emailing and DM-ing us from Australia and South Africa and Europe and Canada being like, 'Hey, how can I start a chapter? When are you coming here? I have Breasties here, and I want to start doing this,' has been amazing for us," she said. 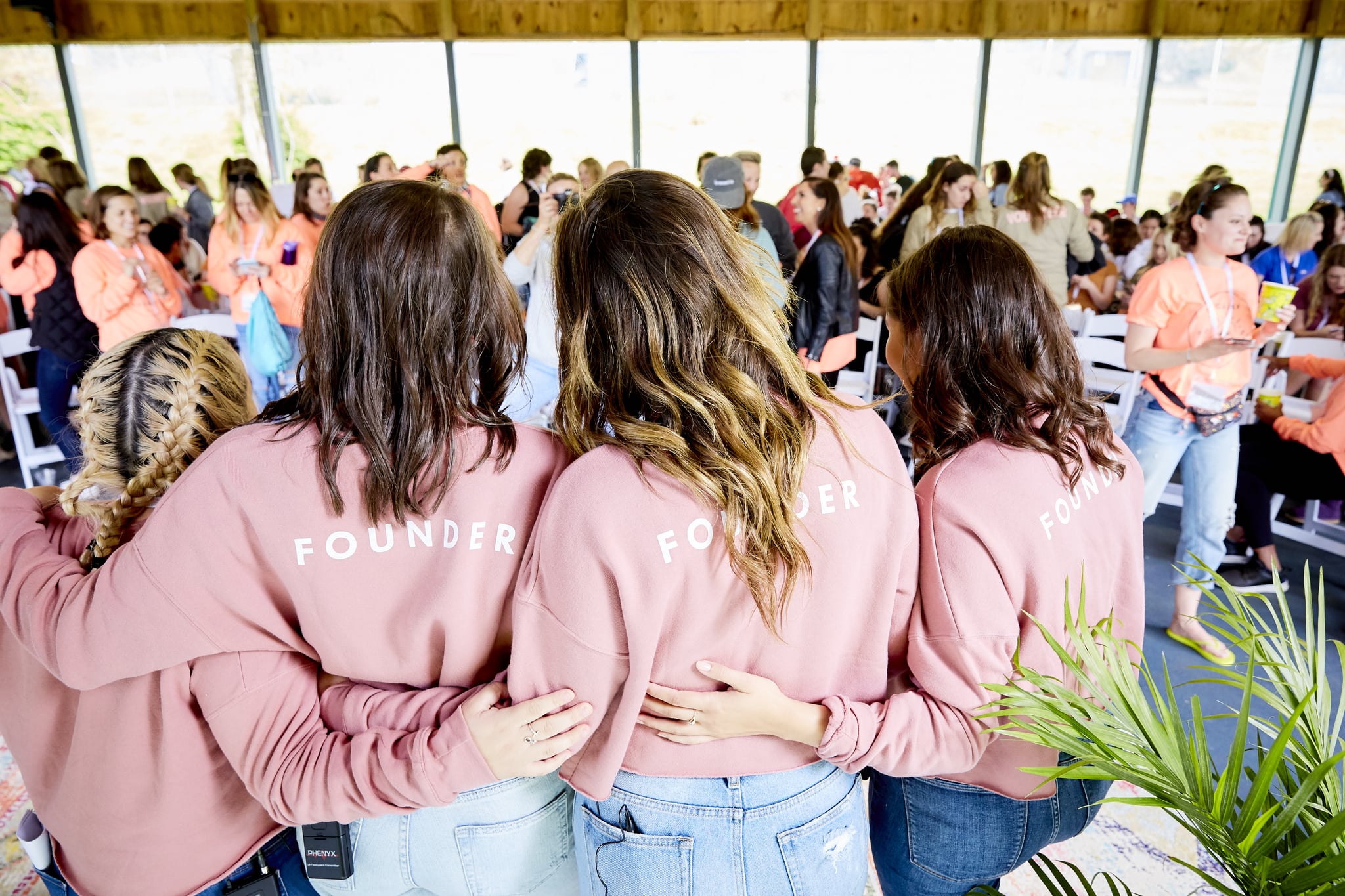 Right now, The Breasties can only fulfill about one-tenth of the people who apply for the weekend retreats. The cofounders started out having to do the cooking and cleanup themselves but now have a chef at every one. (Note: the first-ever retreat took place at Leslie Almiron's house in the Poconos. Leslie, who was diagnosed with stage four breast cancer, is also a cofounder of Breasties, though she stepped down from her role this year due to health reasons. You can read her farewell letter to the community here.)

The retreats are like "healing weekends," Bri said, and they involve meeting 25 to 30 women on an intimate level. "We're kind of working through all of our fears, all of our hopes, things that are holding us back." The retreats especially help Bri process the grief of losing her mom. "[My mom] didn't have a community, she didn't know anyone else, and it was something that she did alone. Every step we go deeper into Breasties, I feel closer to her and I'm so eternally grateful for that."

"The one thing that tried to kill us actually could have this beautiful silver lining and lead to these lifelong friendships."

But, the cofounders agreed that not being able to meet demand — not being able to bring all of the women who sign up for the retreats with them — has been frustrating. So, in May they created Camp Breastie, a "retreat on steroids" inspired by sleepaway camp. Money raised through the first annual gala last year covered all of 2019 programming (retreats, events, etc.) and allowed The Breasties to offer discounted fees for the 500 women who attended Camp Breastie. The camp itself featured three days of different panels, workouts, and activities. The energy, the cofounders said, was out of this world.

Bri, who's prepping for her own preventative double mastectomy in February 2020, said, "We were on such a high, it was like a village of Breasties everywhere we looked. These women were meeting each other, and there were things going on that we won't even know about because it was just such a large-scale event. These people were making these connections and it had nothing to do with us, which is so, so special and so empowering just to see communities supporting each other in the most beautiful way."

Paige added that camp was a time to get away from your struggles but also embrace your experiences. It was a time to "come together and see that the one thing that tried to kill us actually could have this beautiful silver lining and lead to these lifelong friendships." She continued, "Finding those friends that help you feel normal, like you again, is something we all need in life, no matter what we've gone through." The Breasties, for her — for all of the members — has been a lifeline.

When asked about their favorite Camp Breastie memories, Bri, Paige, and Allie told the same story: it was morning and a woman was sitting on a bench by herself making a call. "Mom, you don't understand," she said into the phone, "there's 500 [of] me here." 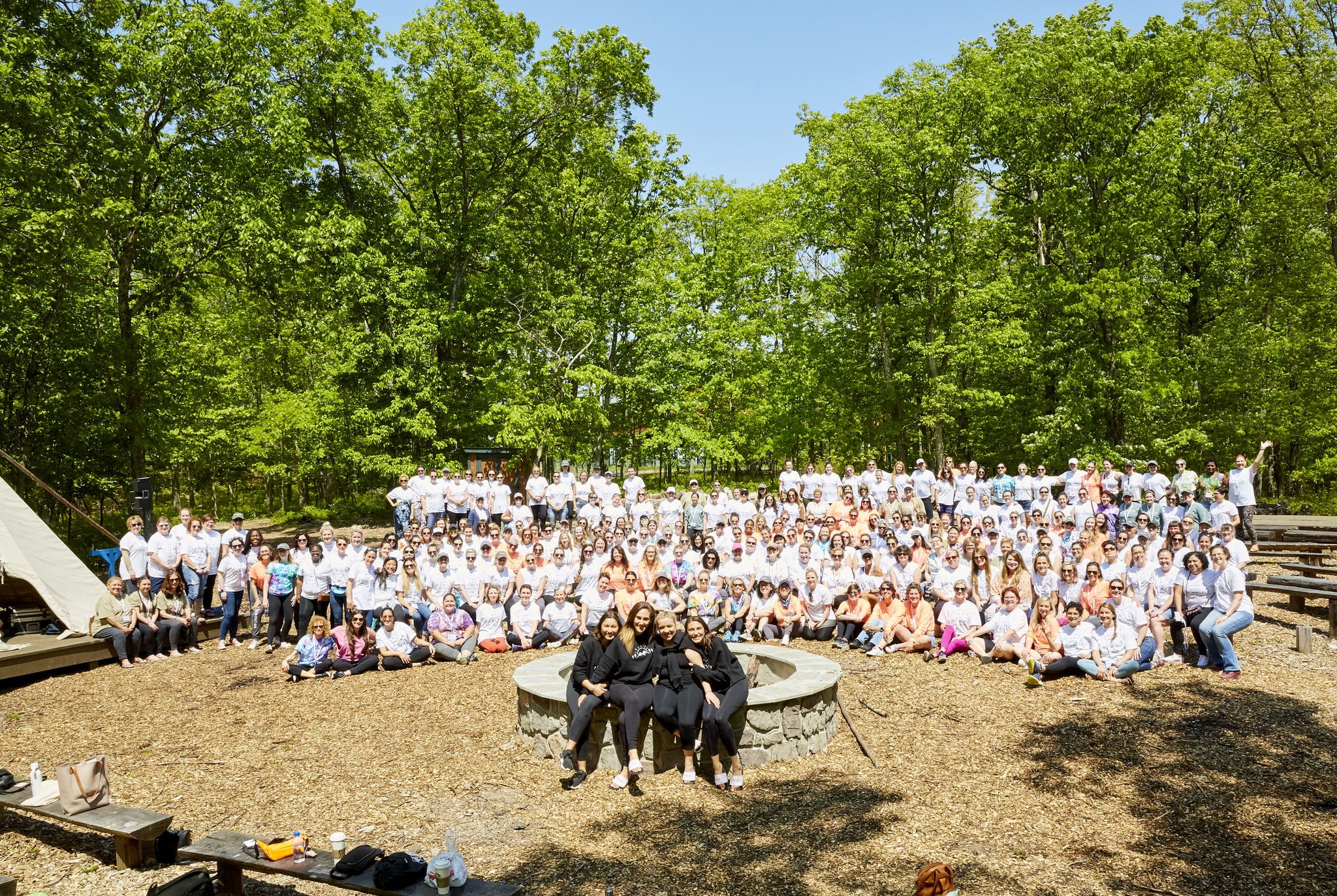 If you wish to donate to The Breasties, visit thebreasties.org/donate.

Health
Is Period Underwear Safe? The Answers Are Still Murky
by Melanie Whyte 6 hours ago