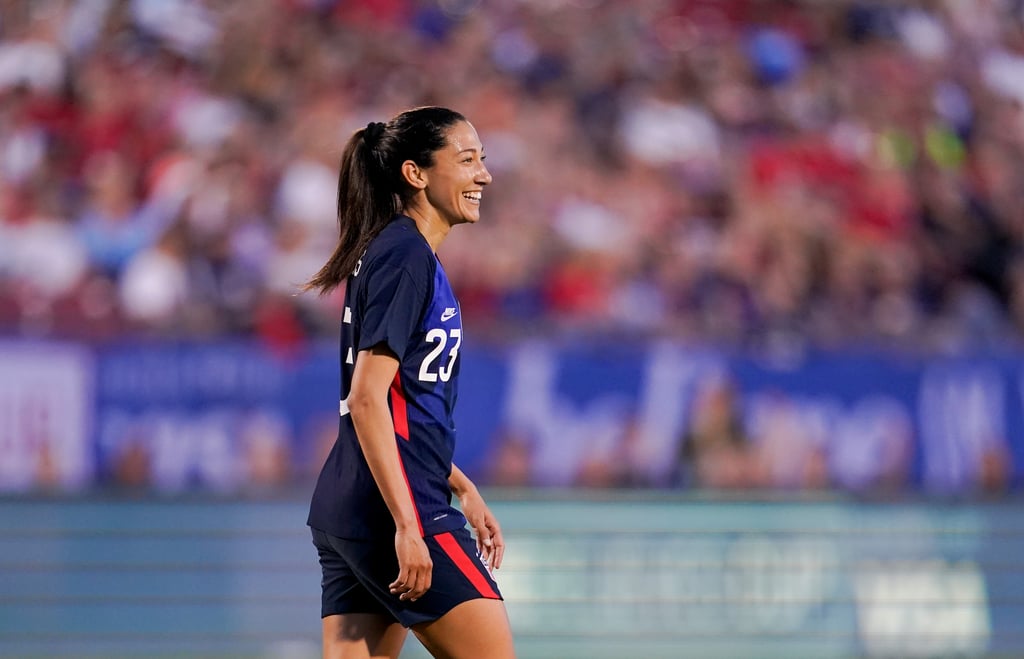 7 Fun Facts About World Cup Champ Christen Press, Who's Sure to Make Waves in Tokyo

There are a lot of championships and titles linked to soccer player Christen Press's name, but "global humanitarian" is probably the one we're most inspired by. You see, while Press may be a back-to-back FIFA Women's World Cup champion and two-time Olympian, she's also known for partnering with organizations and athletic programs that advocate for young athletes both on and off the field.

"I feel like it's really important for girls to feel like they have the opportunity to participate in the sports world and the sports community," Press said during a donation event for Chicago Public Schools in 2017. At the time, she was the captain of the city's NWSL team, the Chicago Red Stars. "Sports can give you confidence, and they helped me to learn who I was as a person, and to learn my strengths and what I needed to work on to grow as a person," Press said.

Known for her speedy footwork and seemingly endless ability to score, Press has been a force for the US women's national team (USWNT), both as a player and in their fight for equal pay. After hearing that a judge would dismiss the team's lawsuit against the US Soccer Federation, Press said "there was no doubt" they'd appeal. "There was no second-guessing," Press told POPSUGAR in November 2020. "It was like, what's the next step? And that's how the team performs on the field, and that's how the team stays together off the field."

With any luck, that same determination will carry Press and her teammates to an Olympic medal this summer — her first and the USWNT's sixth since the sport made its Olympic debut in 1996. Learn more about Press ahead, and be sure to cheer her on in Tokyo!