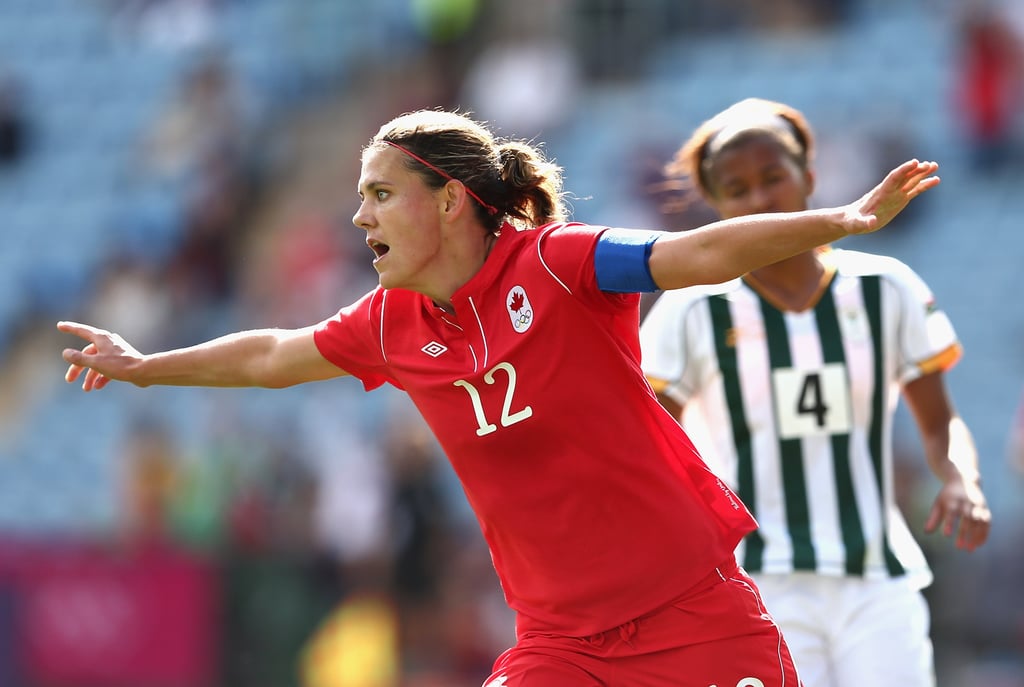 For 14 years, the record belonged to Mia Hamm. In 2013, Abby Wambach took over. Now, in 2020, Canada's Christine Sinclair has passed both Americans to become the leading international goal scorer of all time (and of any gender) with 185 goals.

She had to score twice on Wednesday in Canada's Olympic qualifying match against Saint Kitts and Nevis to take the record: once to tie Abby, and a second time to pass her up. The first came off of an easily converted penalty kick in the seventh minute; the second, just 16 minutes later off a short cross into the box. Christine punched both arms in the air and hugged her teammates after the history-making goal shot into the net. Canada won the game 11-0.

Both of the legendary athletes she surpassed took to Twitter to voice their congratulations. "History is made. Your victory is our victory. We celebrate with you," Abby wrote. Mia added, "Simply amazing! Congratulations, Christine on becoming the All-Time International goals leader. You continue to carry yourself and the game to new heights."

Check out both historical goals ahead, plus reactions from around the soccer world. Major congratulations to Christine for this record-breaking accomplishment!