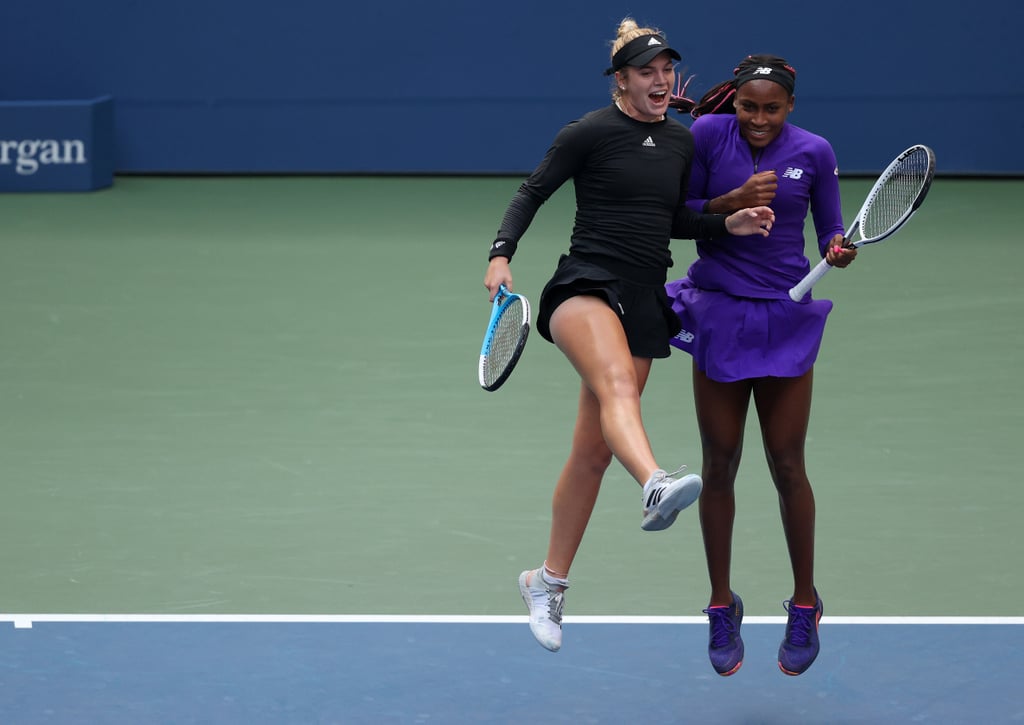 Tennis stars Coco Gauff and Caty McNally are at the top of their game individually, but as a team, they're even more spectacular. The women's doubles pair has advanced to the semifinals of the US Open after defeating the top-seeded team of Su-Wei Hsieh and Elise Mertens on Sept. 8, part of a contingent of teens who have taken the tournament by storm. "Age is just a number; it doesn't mean anything," McNally, 19, said following their win. "We're showing that we're fierce and we're ready to be out here competing with everyone. I just think it's awesome."

The teen sensations have been playing doubles together for a few years now, racking up three Women's Tennis Association (WTA) titles and repeatedly knocking on the door of a Grand Slam. With their incredible skills on the court — and a close-knit friendship helping to fuel their success — that first major could come any day now. "The main thing that makes us hard to beat is our chemistry with each other," said 17-year-old Gauff. "If one of us is off, the other one is always there to cover." One thing's for sure: they're fun to watch. Take a look back at some the team's best moments so far — including their playful, signature shoulder bump — in the slides ahead.

Sports
Why Are Men's Soccer Players Wearing Sports Bras During the World Cup?
by Maggie Ryan 39 minutes ago

Fashion Trends
Why Racket Sports Are Taking Over Your Friend Group, TikTok, and Closet
by Kalea Martín 20 hours ago

by Joely Chilcott 49 minutes ago