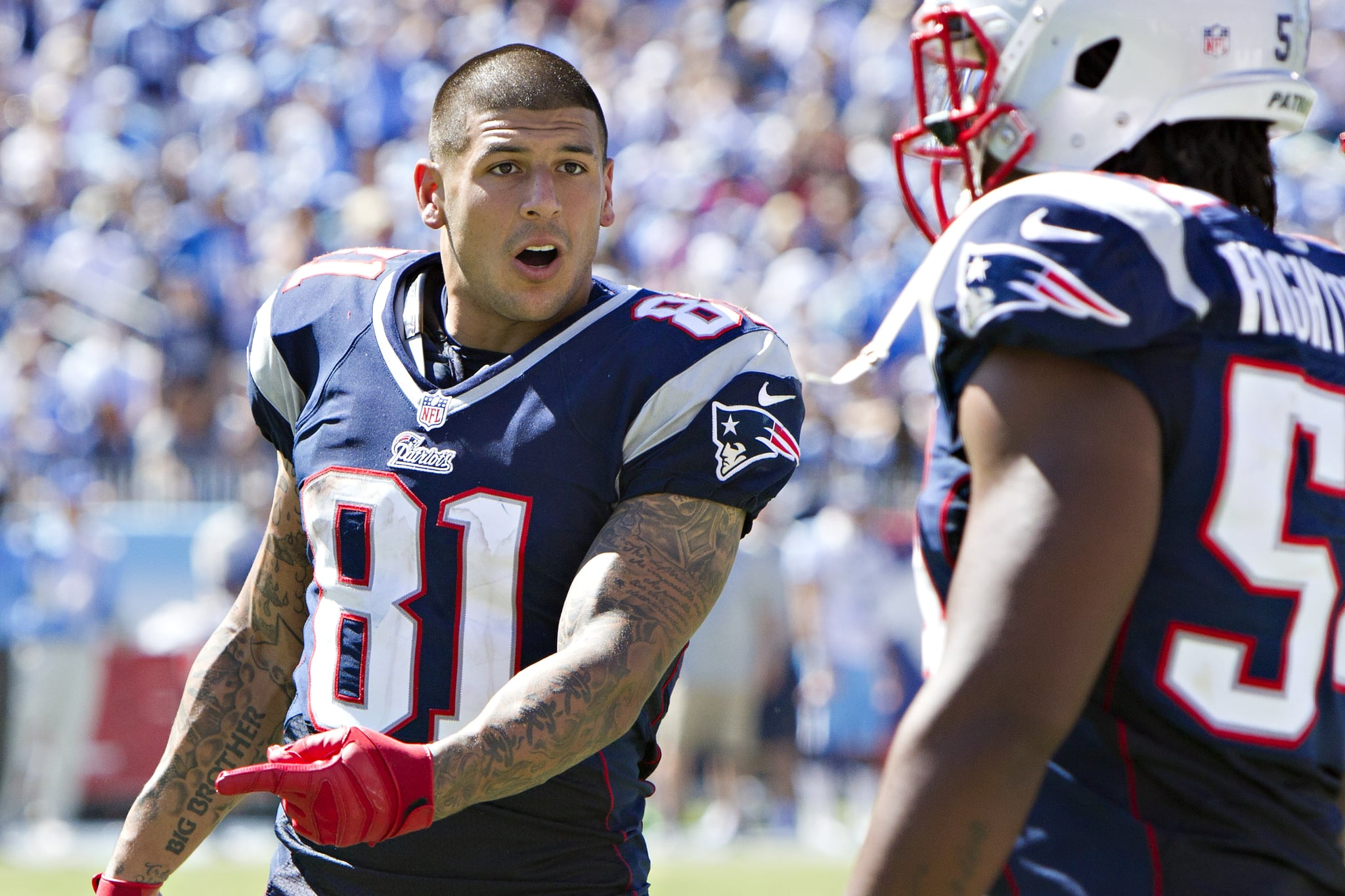 The third episode of Netflix's Killer Inside: The Mind of Aaron Hernandez takes a look, quite literally, at the mind of the former tight end, who was a breakout star for the New England Patriots before his fall from grace. By the end of his life, Hernandez, 27, had been legally connected to three murders. Following his suicide in 2017, his family donated his brain to science. The findings were shocking: Hernandez had a severe case of chronic traumatic encephalopathy (CTE), a degenerative brain disease associated with repeated head trauma.

Ann McKee, MD, a neuropathologist at Boston University, and her team of researchers studied Hernandez's brain, concluding that his CTE had reached Stage 3, with Stage 4 being the most advanced. It was the most severe case the team had seen in someone under 46 years old. "In this age group, he's clearly at the severe end of the spectrum," Dr. McKee said at a medical conference in 2017. Symptoms of CTE include memory loss, confusion, impaired judgment, impulse control problems, aggression, suicidality, and more. For football players, the disease can be triggered by concussions, as well as rattling of the brain during tackles and falls.

Hernandez had a history of violence, dating back to his time at the University of Florida, and also frequently complained of headaches and memory loss. However, Dr. McKee was cautious about connecting his behavior with CTE. As the docuseries shows, Hernandez grew up in a difficult environment and found himself in criminal circles, which likely contributed to his troubles. That said, Dr. McKee did reveal that the regions of his brain most affected by CTE play a role in memory, judgment, and emotion.

One analysis by the team at BU found CTE in the brains of 110 out of 111 NFL players. Hundreds of former players have filed lawsuits against the league, alleging that their health was comprised by the hits they took during their career. Families of players who died by suicide after experiencing symptoms have also sued, including Hernandez's fiancée and his daughter. However, a judge dismissed the Hernandez case in Feb. 2019. The family had missed a 2014 deadline to opt out of the NFL's concussion settlement and was barred from pursuing a separate $20 million suit.

Netflix
Karla Souza Says She Insisted on Doing Her Own "Day Shift" Fight Scenes: "I Don't Want Any Doubles"
by Njera Perkins 2 days ago