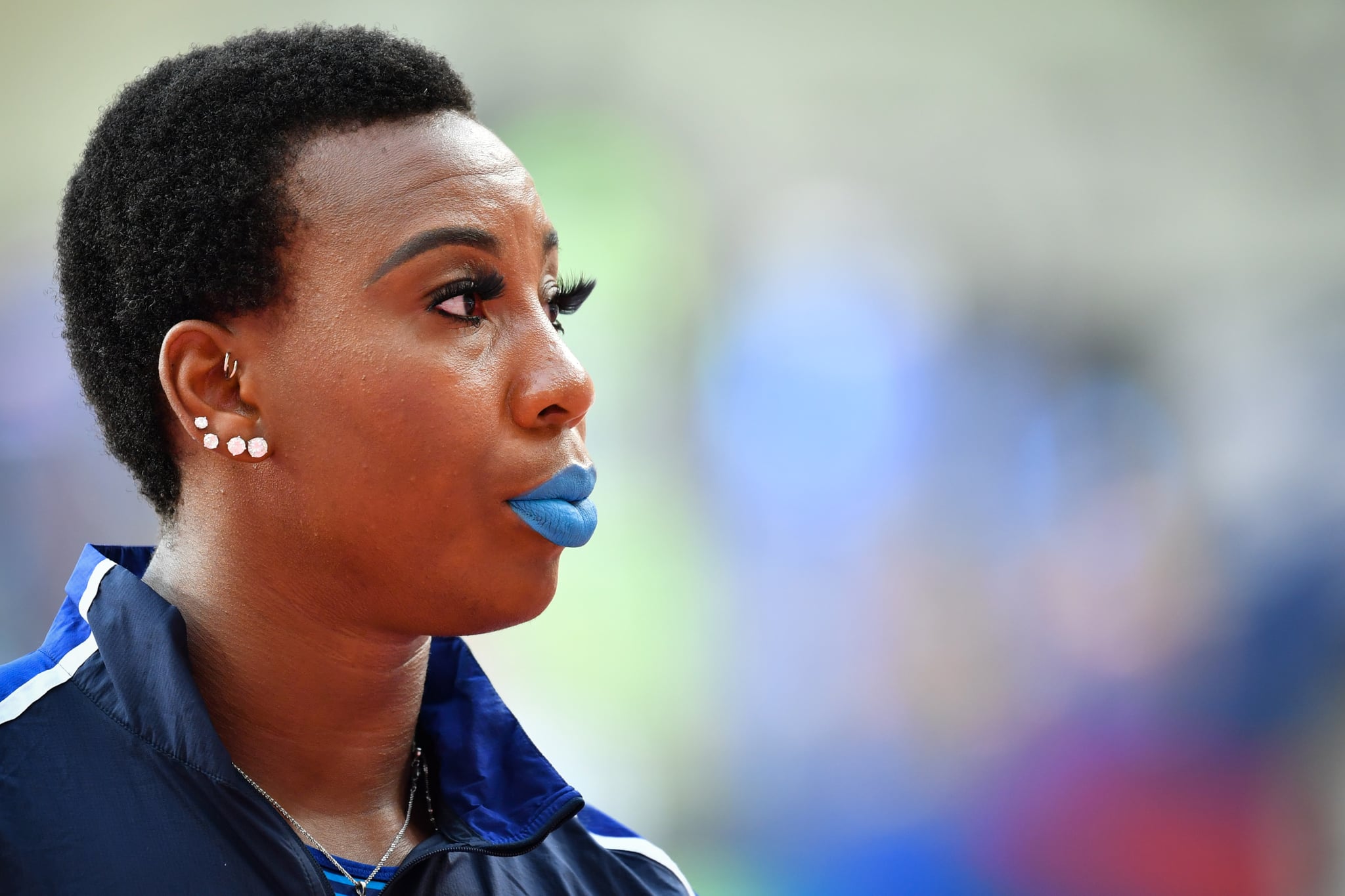 At the 2019 Pan American Games, Olympian Gwen Berry won a gold medal for the hammer throw. Atop the podium, at the end of the national anthem, she bowed her head and raised a fist as a demonstration against racial injustice and police brutality in America. Olympic Fencer Race Imboden, who also won a gold medal at the 2019 Pan Am Games, took a knee on the podium, and in response, the US Olympic and Paralympic Committee put them both on a 12-month probation for breaking rules on political protests at a global championship, warning that there would be further punishment for future protests.

Berry's probation ends this summer, but the Tokyo Olympics have been postponed, and it's also during a time when there's incredible anger and protesting against racial injustice and police brutality following the killing of George Floyd. The CEO of the United States Olympic and Paralympic Committee, Sarah Hirshland tweeted, "The USOPC stands with those who demand equality and equal treatment. Here is my letter to Team USA athletes," and Berry's response on June 2 was, "I want an apology letter .. mailed .. just like you and the IOC MAILED ME WHEN YOU PUT ME ON PROBATION.. stop playing with me."

I want an apology letter .. mailed .. just like you and the IOC MAILED ME WHEN YOU PUT ME ON PROBATION.. stop playing with me https://t.co/qCWGINHg8M

(2/2) I am sure that together we can use the platform of Olympic and Paralympic sport to address and fight against systematic inequality and racism in our country.

In an interview with The Nation, Berry said she felt like the USOPC comments were hypocritical. She said, "It's really a smack in the face, because I've lost so much because of how they did not support me; of how they made it seem that I basically did something that was bad, even though it was peaceful." Berry continued, "I didn't cause any altercations. There was nothing that I did wrong. All I did was speak out about who I stand with, what I stand for, and how I felt." She added that her family has lost so much because of the probation, and now the USOPC speaking out in a way that contradicts how they treated her after the 2019 Pan Am Games. "It's just hypocrisy," Berry said.

At the time of her protest, Berry said she felt misunderstood, and that fellow athletes were scared to come out and stand with her since they had a lot to lose. But right now, she feels vindicated. "It helped me to go out there and support my people, and march with my people, and protest," she said. "We have to come up with ideas, we have to strategize, we have to plan, and we have to keep the momentum going."

On June 3, Berry shared that Hirshland called her directly to apologize. Berry told The Washington Post that she feels like the committee tried to de-escalate the situation as much as possible, but added, "the sentiment to me is not sincere only because when you are legally bound by money or other interests you need to protect, there is no way you can sincerely be for the athletes or for a movement that is brought on by systematic oppression."

Related:
Olympian Tianna Bartoletta on the Jarring Reality of Being a Black Athlete on Team USA

On June 5, Berry posted the following open letter on Twitter in response to reporters asking her opinion on the relationship between sports, politics, protest, and the Olympics, and how Black athletes can advocate for civil rights.

Berry said sports and politics are inherently connected, and that the agreements athletes sign before competing, like the banning of protesting, are about minimizing controversy. "What I object to is any pretense that the athletes, and their rights, come first," Berry said.

"The issues we face are too important to be ignored."

Berry discussed how silently protesting on the podium in the 1968 Olympics destroyed the sporting careers of Tommie Smith and John Carlos, but now they are seen as heroes. "Yet the new Rule 50 for the Olympics ban any type of similar protest," Berry said. "The last few weeks have shown the issues of poverty and race are the same, if not worse, than they were in 1968, and the IOC's stance on athletes' rights is confusing at best and outright hypocritical at worst."

It's the athlete's decision whether or not they want to follow the rules in regards to protesting, and Berry added that it's unclear what a punishment for breaking the rules will look like. Ultimately, she's determined to make things better for the Black and brown communities in the US. "My protest and sacrifice will not have been for nothing," she said. "The issues we face are too important to be ignored."