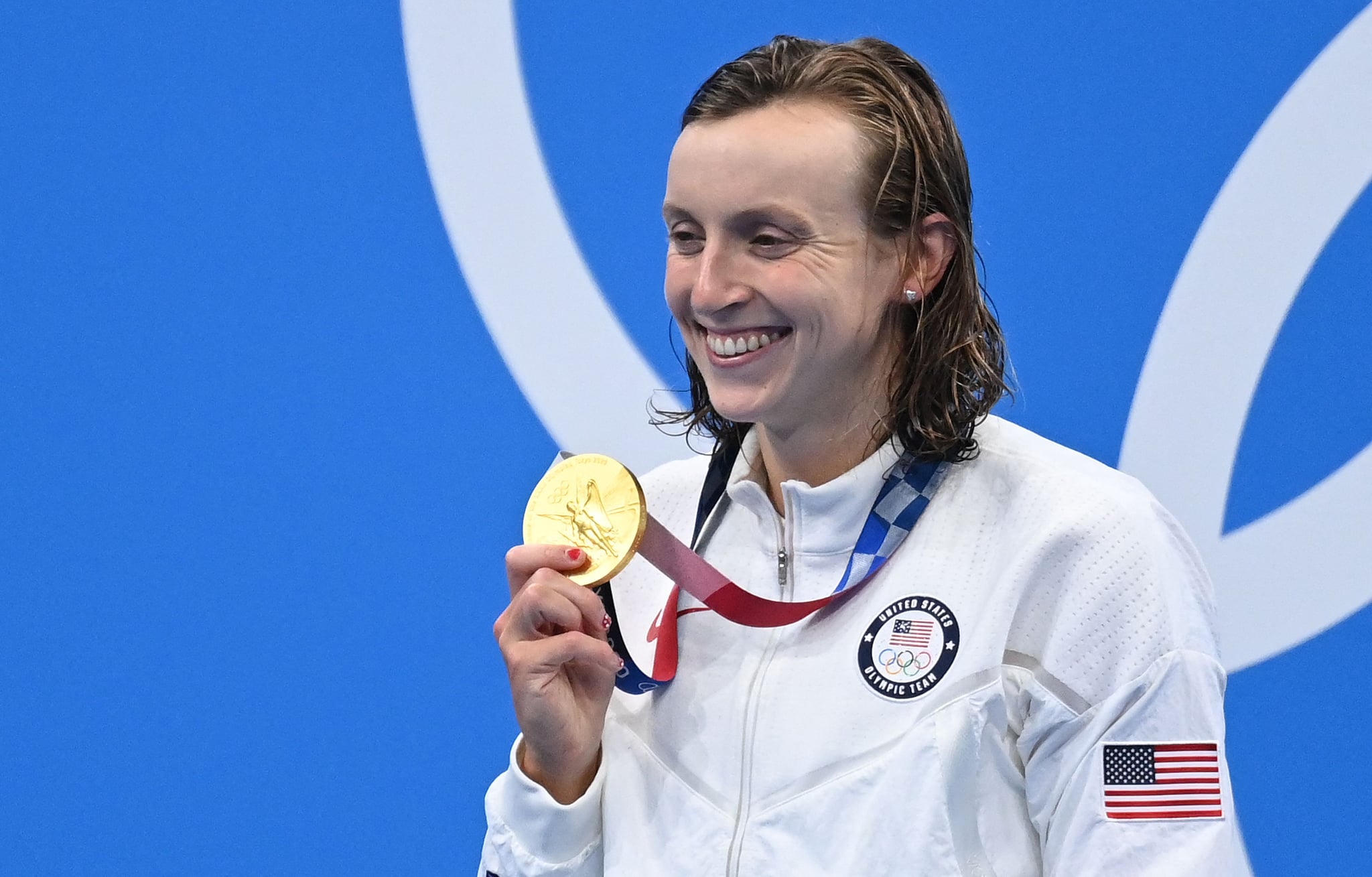 American swimmer Katie Ledecky became a household name at the 2016 Rio Olympics, where she clocked astonishing times in the pool and ultimately became the most decorated woman athlete at the Games. Now, she's made history once again in Tokyo, winning a record sixth individual Olympic gold medal — more than any other woman in the history of the sport. That brings her career Olympic medal count to 10, including a team gold and three silver medals.

Heading into the Summer Olympics in Tokyo, Ledecky had won an impressive six Olympic medals, five of which were gold. She was just 15 and the youngest member of Team USA when she took home her first gold medal in the 800-meter freestyle event at the 2012 Olympics in London. Four years later in Rio, she cleaned up, scoring four gold medals in the 200m, 400m, 800m, and 4x200m freestyle events. She also won a silver medal in the 4x100m freestyle relay.

In her first event, the 400m freestyle, she came in second behind Australian rival Ariarne Titmus, who first beat Ledecky at the 2019 FINA World Championships. On the fifth day of competition in Tokyo, Ledecky finished just off the podium in the 200m — but an hour later, she was back in the pool to compete again, this time in the 1,500 distance, a race Ledecky was heavily favored to win. She did just that, touching the wall four seconds ahead of her American teammate Erica Sullivan.

The following day, Ledecky swam the final leg of the women's 4x200m freestyle relay, surging from behind to secure the silver medal for her team, which included swimmers Paige Madden, Katie McLaughlin, and Allison Schmitt. To cap off her Tokyo campaign, Ledecky predictably won gold in the 800m freestyle, a race she has not lost since her Olympic debut in 2012. She finished more than a second ahead of Titmus to win her sixth individual gold, carving out yet another place in history before telling NBC that she expects to be back for the 2024 Olympics in Paris.