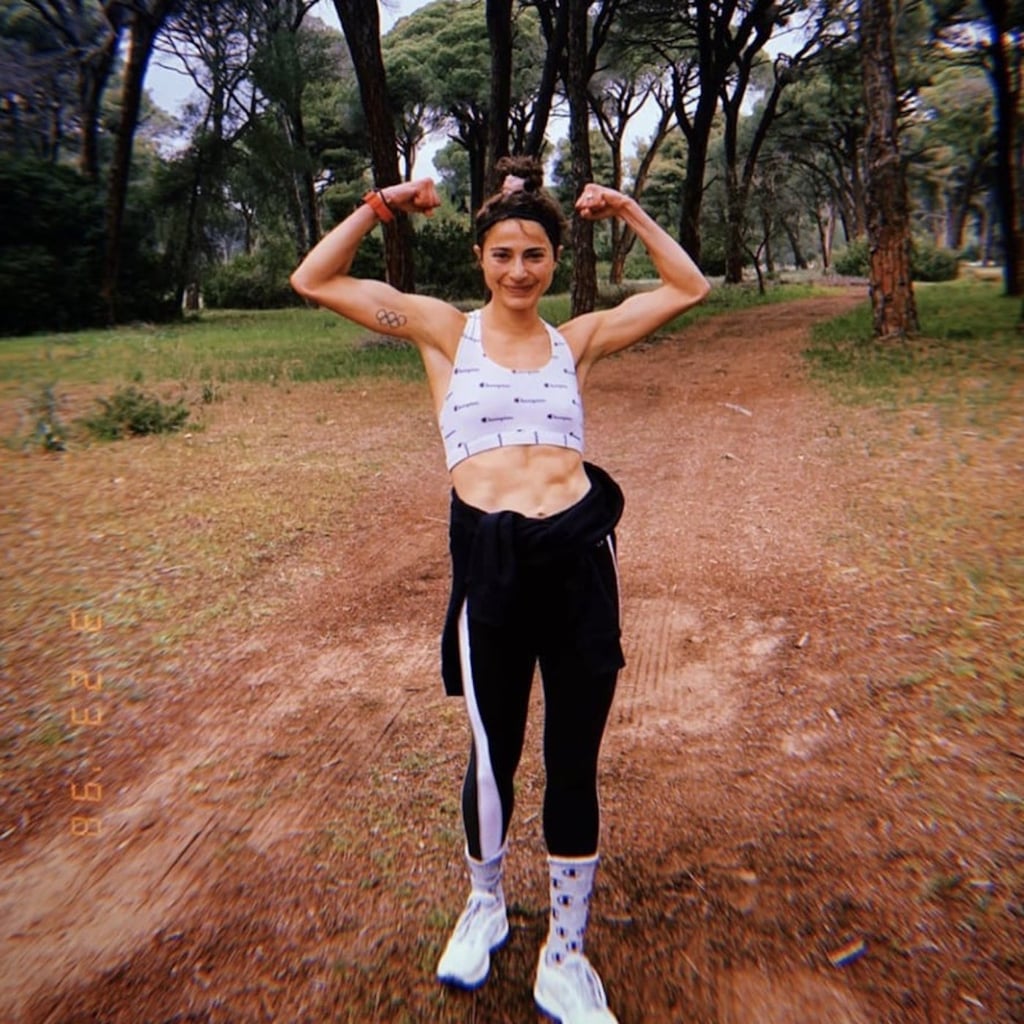 Why Olympian Alexi Pappas Still Sees the Future as "Inevitably Bright" — and How You Can, Too

Nine days after Tokyo 2020 was officially postponed, I caught up with Olympian, writer, and Olympic Dreams filmmaker Alexi Pappas from afar. It was morning in LA — where I live and where Pappas shares a home with her husband — but late evening in Greece, where Pappas had been training for Tokyo 2020 since early March. Now, she is stationed in the country indefinitely, hunkering down amid the coronavirus pandemic. As we settled in for a casual interview over Instagram Live, Pappas told me she'd mostly come to terms with the delay of the Games and our new, shared reality.

"I think now I've wrapped my head around the new timeline, and also just that it's not in my control, and that I can't go home," Pappas told me. "So it's better to just accept the reality, as the whole world has, and just be grateful that I'm in a safe place. I have people taking care of me here, and the people that I love are safe. Even though I don't know when I'm going to see my husband again, and that's a little bit daunting."

"I think right now, part of what we all have to do is look at the future as something that is inevitably bright, and plan for it to be possible."

The Olympics decision, while devastating, is one Pappas and many of her fellow athletes have publicly supported. "It's absolutely the right thing," she said. "Because to think that the Olympics could exist as an isolated event — I know they dabbled with the idea of just the athletes competing — is so against the Olympic spirit. For it to exist in a vacuum is impossible . . . It will hopefully be a grand celebration when it does happen."

Despite being separated from her husband and filmmaking partner, Jeremy Teicher, Pappas seems to be weathering the global crisis as well as any of us can be expected to weather it. If you follow Pappas on Instagram, where she regularly shares notes addressed to her fellow "braveys" — a term she coined to describe courageous strivers everywhere — you'll know this kind of positivity and hopefulness is quintessentially her. "I think right now, part of what we all have to do is look at the future as something that is inevitably bright," she said during our conversation, "and plan for it to be possible."

Read on for more from Pappas on how she's shifting her training regimen in light of the Olympics postponement, her unexpected road to elite athleticism, and how we can all channel our inner bravey in tough moments like this.