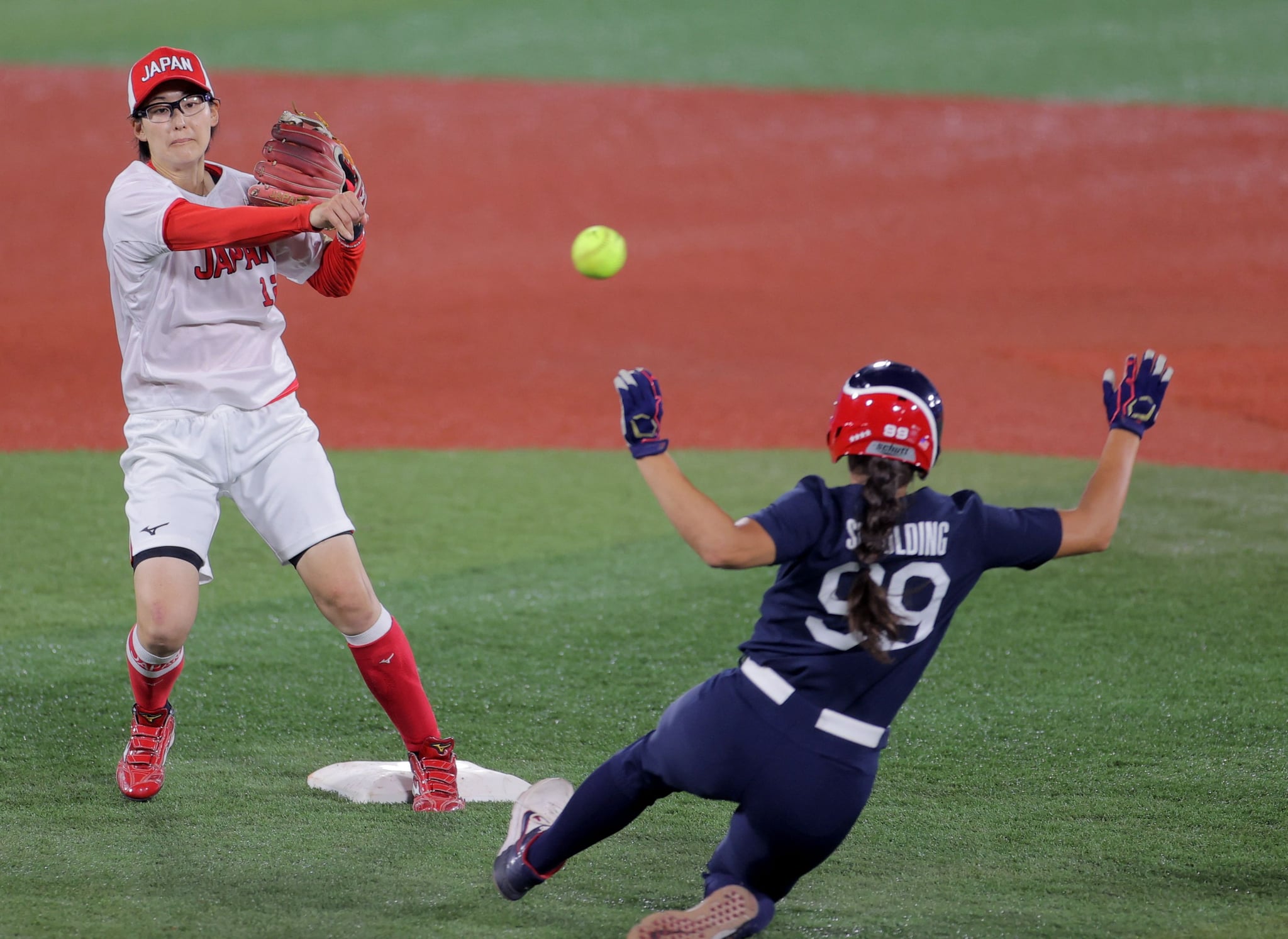 Japan's softball team beat the United States to take home gold in the 2021 Olympics, the second straight Olympic final in which they've upset the top-ranked Americans to win it all.

Japan rode another stellar pitching performance by Yukiko Ueno, who also pitched the team to victory in the 2008 Olympics. Japan also cashed in on some clutch hitting, including a two-out single by Yamato Fujita off American ace Monica Abbott to add a crucial second run in the fifth inning. Meanwhile, the Americans continued their struggles with runners in scoring position, leaving runners stranded on third in two consecutive innings early in the game and giving up chances to establish an early lead.

The US chased Ueno in the sixth with a single by Michelle Moultrie, just the second hit the Japanese pitcher gave up. After Miu Goto came on in relief, Janie Reed struck another single up the middle. With just one out, Amanda Chidester drove a sharp line drive to the left side of the infield that seemed destined to drive in a run. Improbably, the ball ricocheted off the arm of Japan third baseman Yu Yamamoto and flew to shortstop Mana Atsumi, who snagged it out of the air and flipped it to second for a double play that stunned Team USA and ended the inning.

Reed robbed a would-be two-run home run in seventh to keep Japan to two runs, but the Americans were unable to capitalize on the momentum, going down in order in the bottom of the seventh as Ueno came back on to close out the game. In the end, it was a familiar, sinking defeat for the US at the hands of their rivals. For pitchers Abbott and Cat Osterman (who came out of retirement for the Games), the loss was an especially crushing way to close out their legendary careers. With softball out of the Olympics for the 2024 Games, we're in for a long wait to see if the US can reclaim gold.