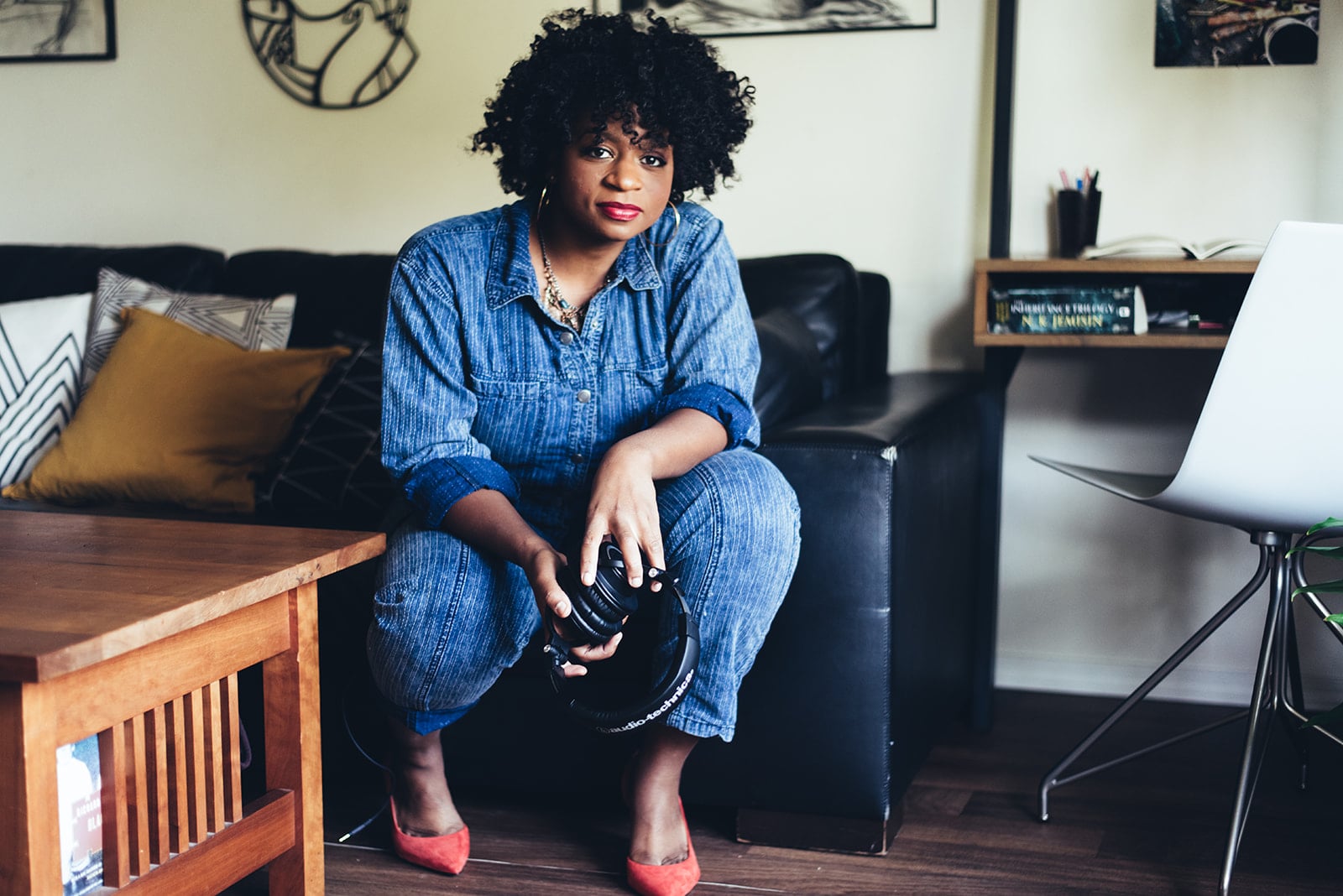 It was March 1, 2018 when doctors found a tumor in Jodi-Ann Burey's spinal cord. She realized soon after that people in her inner circle had not disclosed their own journey with cancer — she was entirely unaware of their shared experience. Then, she unearthed the main problem: cancer stories from people of color are not often told despite the fact that Black people have the highest mortality rate for most major cancers.

Burey decided to start working on a podcast, Black Cancer, in the midst of COVID-19 because of this stark gap in communication and community. Each guest is a person of color who has been touched by cancer in one way or another: they're going through treatment, they know someone going through treatment, they survived a diagnosis, or they've lost a loved one. A majority of the guests are actually her friends, and they, until Burey was diagnosed, had never had conversations together about cancer.

"It's important to center Black and brown people and our stories in the cancer narrative because we don't see it," Burey told POPSUGAR. "And the more we don't see it, the more people feel like we can't be a part of those spaces, and that starts a whole cycle of isolation." After she underwent surgery to remove the tumor and relearned everyday tasks (she still has some level of paralysis in all of her limbs), she could not find relevance in the cancer podcasts she listened to because none of them discussed race or racism as it pertains to disparities in cancer and health in general. Narratives told in Black Cancer, though, are shared through the lens of people who have often experienced racism in the healthcare industry.

"There is nothing inherently about being Black that makes you sick. Racism is what makes Black people sick."

Burey herself knows all too well what racism in the medical world feels like. When she was in the process of getting examined for persistent body pain related to her cancer, she went through a traumatizing experience with a nurse practitioner, a white man with a Southern accent, who was doing dry needling on her back. "At this point, I had been in and out of offices getting different scans for a couple of years, and as he's putting the needle in, he says, 'Wow, your skin is really tough.' And the first image that crossed my mind was the image of enslaved African women, having their bare backs open and being whipped and beaten," Burey recalled.

"Here you have a young woman whose body is open to you, and you're making comments about her that don't really have anything to do with the treatment," Burey stated. The practitioner saying this comment also played into the myth in medicine that Black people have thicker skin or are less sensitive to pain. Burey didn't go to any other doctor for a year after that.

Racial disparities in cancer are discussed in Burey's podcast, which can be explained by a number of factors including detection and treatment deficiency stemming from socioeconomic status. People of color are more likely to be diagnosed with late-stage cancer because of lack of access to proper screenings. For instance, colorectal cancer is the third most common cancer in Black people, according to the American Cancer Society, and a reported 19 percent of the racial disparities in colorectal cancer deaths can be attributed to lower screening rates.

Burey agreed. "There is nothing inherently about being Black that makes you sick. Racism is what makes Black people sick," she stated, naming lack of access to resources, screenings, and proper treatment in particular. "When we think about diversity and inclusion, we think about racism showing up in industries and in workplaces. I think sometimes we forget about the healthcare system."

Burey also wanted to point to the fact that there is a major lack of representation in cancer clinical trials. "When we think about how disease and illness shows up in Black and brown bodies because of racism and we don't include Black and brown people in clinical trials, we will miss how these diseases and illnesses present, and most importantly, when they present," she said. "The more we can understand the nuances of cancer experiences in Black and brown communities is how we can start adding a human element to these studies."

"Your life and your trauma matters, and there's a space for that."

Black Cancer just finished its first season on Oct. 19, and there are eight episodes total, each one different from the next yet highlighting a shared understanding of what it means to be a person of color affected by cancer. The podcast dives into the reality that the breadth of cancer's impact spans far beyond the patients themselves and into their relationships — as Burey said, "One person's diagnosis is a cancer story for at least 10 people." (Note: transcriptions of each episode can be found on the podcast website, and the podcast is available on Spotify, Apple Podcasts, and Google Podcasts.)

Burey is planning on a second season to begin in January, and she hopes the podcast continues to bring a sense of belonging to people of color who have gone through cancer. "There's some connecting thread of late diagnoses and not being believed. Some element of that is particularly traumatizing and difficult and disproportionately present in the lives of Black and brown people in the healthcare system," she said.

"The hardest part about going through any type of serious illness or diagnosis is how isolating it is and how people who haven't gone through it are in some ways afraid of you. People who have been touched by cancer in some way are not afraid of these conversations," Burey continued. "And what I want people to know is we are all facing that, so if and when cancer, or some type of huge health situation, enters your life, find comfort in the fact that you can advocate for yourself."

When it comes down to it, Burey said it's "important for Black and brown folks to share their stories to make sense of it for themselves, to find some release and healing, to normalize the fact that this thing that happened to you matters. Your life and your trauma matters, and there's a space for that." She also stressed that listening to stories about those in your community is crucial. It's real. She wants people of color to "hear the nuances in how people talk and how they share their stories and their dialect and accents." This, she said, "makes it feel like, 'Maybe this could be my family. These sound like my people.'" 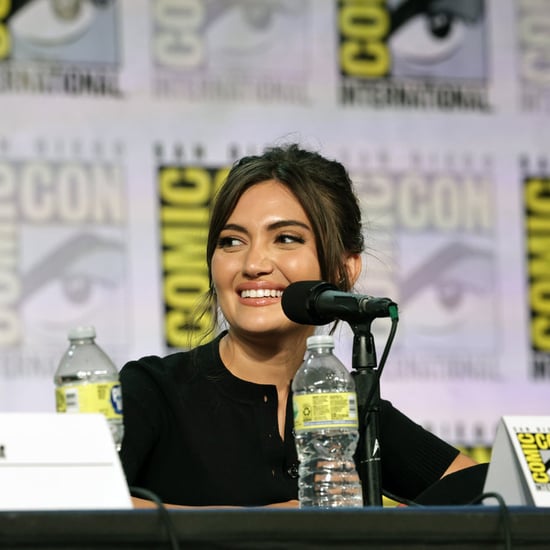 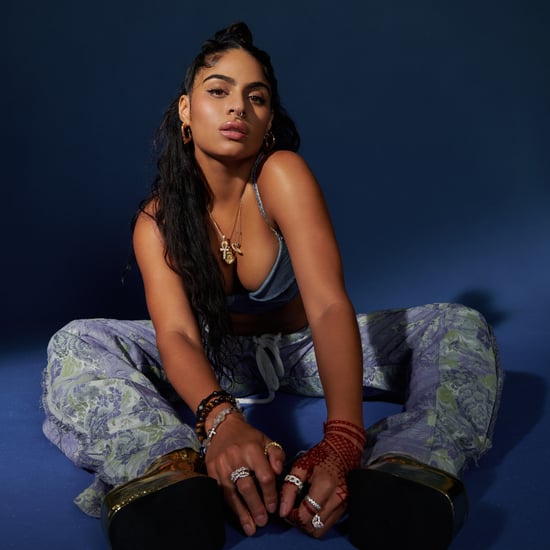 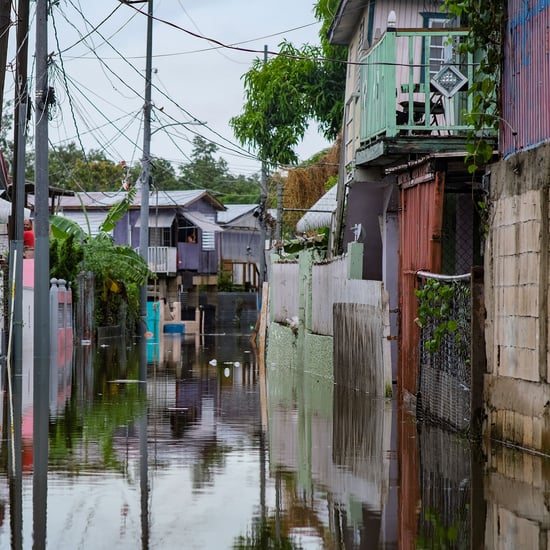 Identity
Where Are Puerto Ricans 5 Years After Hurricane Maria?
by Natalie E. Ruiz-Pérez 4 days ago 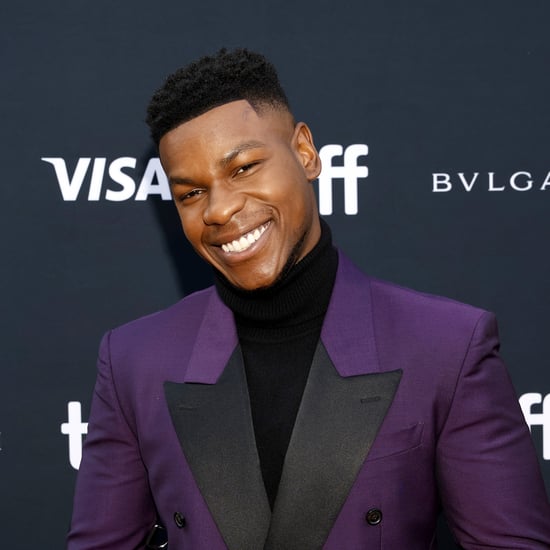