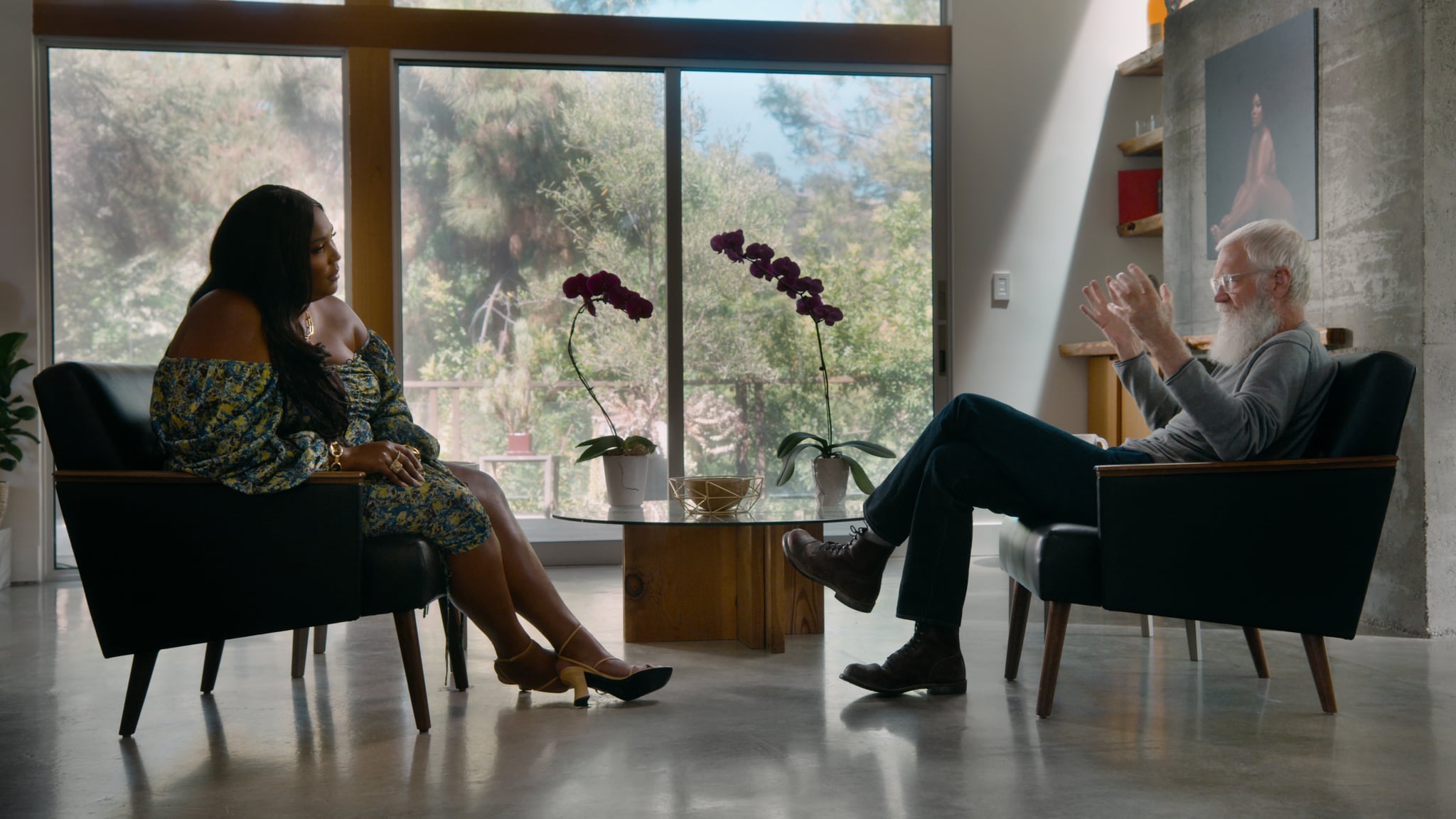 Grab a pen and paper and take a seat, dear reader, because Lizzo is getting real. Over the weekend, David Letterman's third season of My Next Guest Needs No Introduction dropped on Netflix and featured interviews with Kim Kardashian, Dave Chappelle, Robert Downey Jr., and Lizzo. It's a strange concept, an interview in a celebrity's home during a global pandemic, but of course, those feelings were assuaged the moment Lizzo and Letterman sat down. The two have a special dynamic, as the singer made her network television debut on the Late Show With David Letterman in 2014, but so much has changed for the 32-year-old global superstar since then. She's spent some time reflecting on it, especially in regard to the way people have reported on her body.

"It bothered me for a long time, that all people could talk about or think about was my size," Lizzo said during their chat. "I didn't like when people condemned me for it, and it also kind of rubbed me the wrong way when I was praised. Like, 'You're so brave!' 'Cause they thought that they were complimenting me by saying that I was unapologetic. And I'm like, 'What do I have to apologize for?'"

Related:
Lizzo Campaigns For Joe Biden in Moving Speech: "I Don't Wanna Go Back to the Way It Was"

That's just who she is. She's Lizzo. Whether she's posing on the October cover of Vogue talking about police violence and the importance of voting or she's posting a badass workout on TikTok, she's just living her life.

"I'm sick of being an activist just because I'm fat and Black."

"In 2014, when I was wearing a leotard on stage and saying I love myself with two big girls also in leotards. I think people were like, 'How dare she? How dare she love herself? How could she?'" she recalled. "I'm sick of being an activist just because I'm fat and Black. I want to be an activist because I'm intelligent, because I care about issues, because my music is good, because I wanna help the world."

And her knowing her worth and speaking her truth is just one of the many reasons why. 💜 btw, all episodes of #MyNextGuest with David @Letterman are now streaming on @netflix! pic.twitter.com/pRXOq7JKKK

Lizzo is so much more than her body. She is an activist who stands up for Black voter suppression and a gifted musician with three Grammy Awards and the ability to sing, dance, and play the flute (aka Sasha Flute) simultaneously. Her music and overall presence can brighten days instantly. An icon is what she is, and looping her into a body-positivity movement simply because of her appearance is just not fair.

"I know that I'm beautiful. And I know that I'm a f*cking bad b*tch. And I'm successful and popping. And I know I'm healthy," Lizzo said. "I know I can outrun any of these b*tches in any way, every way. Whether it's physical, mental, spiritual, financial, b*tch. I'm about to run around your bank account. You want to see me run, b*tch? You wanna see me run?" 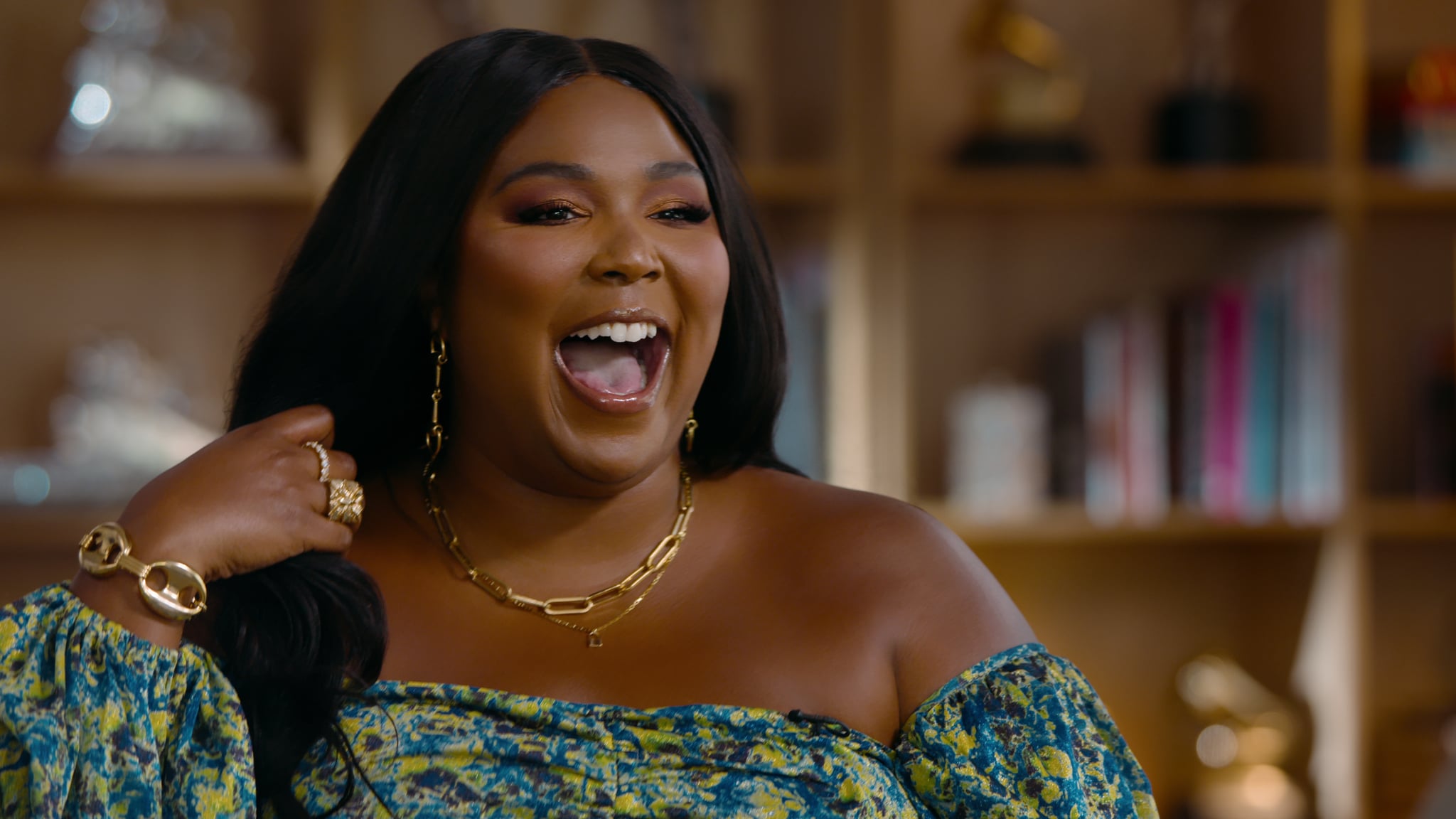