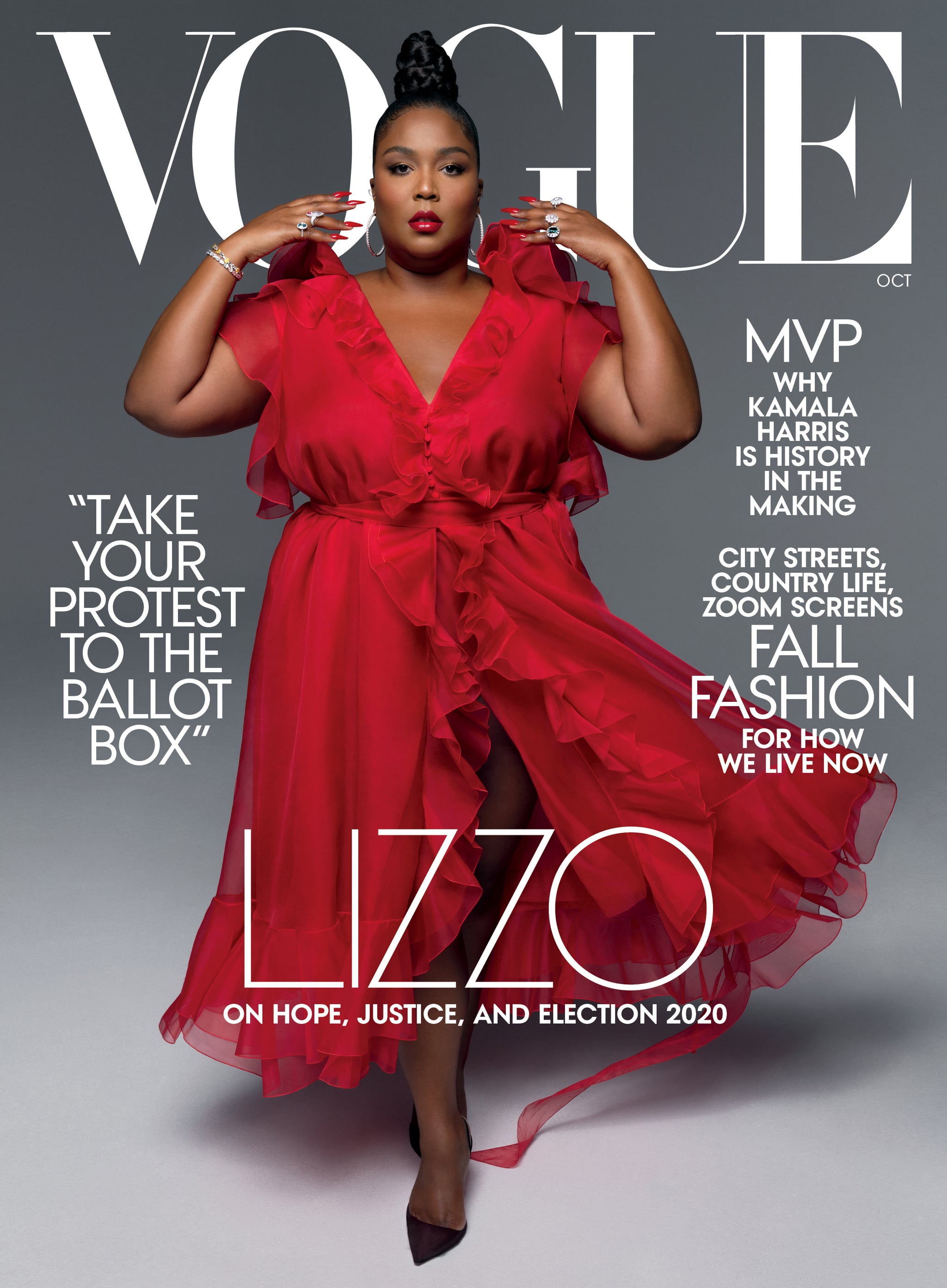 Lizzo's music exudes confidence and self-love, but one thing she doesn't want to associate with entirely is the body positivity movement. It's "easy" to associate her with being body positive — we've done it in the past, and she's also talked about her involvement. Lizzo, though, wants to push the narrative further now and set the record straight: fatness is normal. And, what's more, the body positivity movement has been appropriated to a degree.

"Now, you look at the hashtag 'body positive,' and you see smaller-framed girls, curvier girls. Lotta white girls," Lizzo said in an interview for Vogue's October 2020 issue. "What I don't like is how the people that this term was created for are not benefiting from it."

Related:
This Curve Model Wants You to Stop Thinking the Word "Fat" Is Offensive — It's Not

One Medium essay discusses white female dietitians monetizing off of the movement, and it is for this reason that it's important to highlight marginalized people who aren't seen in the body positivity movement as often. For instance, Wear Your Voice created the #BodyPositivityInColor campaign last year to amplify voices and bodies — BIPOC, gender nonconforming, disabled — that are considered to be left behind in the body positivity space. Read more about this here.

"I think it's lazy for me to just say I'm body positive at this point. It's easy. I would like to be body-normative."

Lizzo specifically stated in her Vogue interview that what we see in mainstream body positivity does not benefit "girls with back fat, girls with bellies that hang, girls with thighs that aren't separated, that overlap. Girls with stretch marks. You know, girls who are in the [size] 18-plus club. They need to be benefiting from . . . the mainstream effect of body positivity now. But with everything that goes mainstream, it gets changed."

The musician continued on to say, "I think it's lazy for me to just say I'm body positive at this point. It's easy. I would like to be body-normative. I want to normalize my body. And not just be like, 'Ooh, look at this cool movement. Being fat is body positive.' No, being fat is normal." She wants to push boundaries with her message at the end of the day — as those we've mentioned here point out, being body positive is more than white women showing off their belly rolls.

Related:
Lizzo Is Ready For Kamala Harris to Be Vice President: "I Want Actual Change to Happen"

"I think now, I owe it to the people who started this to not just stop here," Lizzo said. "We have to make people uncomfortable again, so that we can continue to change. Change is always uncomfortable, right?" Absolutely right.

It's similar to what Lizzo expressed in a 2019 interview with The Cut: "Even when body positivity is over, it's not like I'm going to be a thin white woman. I'm going to be Black and fat. That's just hopping on a trend and expecting people to blindly love themselves. That's fake love. I'm trying to figure out how to actually live it."

Jane Fonda
Jane Fonda Reflects on Her Past Eating Disorder: "It's a Very Lonely Thing"
by Chandler Plante 1 hour ago