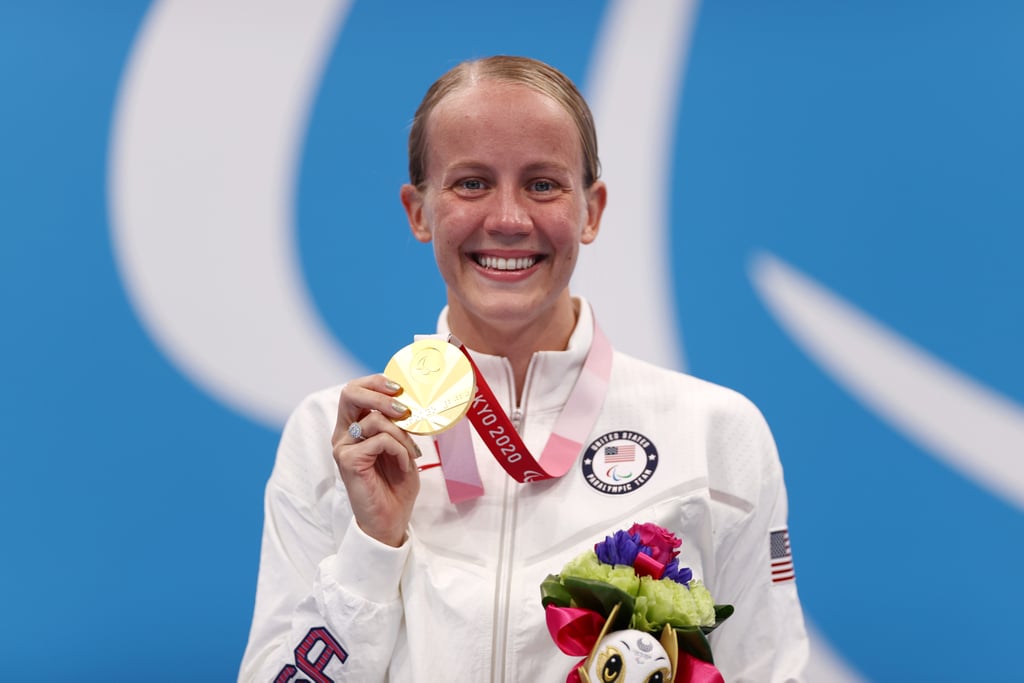 It was a golden Paralympic race in the pool for Mallory Weggemann, who, on Aug. 27, clinched a first-place finish in the women's 200m individual medley for SM7 athletes. Fellow Team USA member Ahalya Lettenberger, in her Paralympic debut, received silver, and Australia's Tiffany Thomas Kane came in third to claim bronze. Weggemann, 32, set a Paralympic record of 2:54.25 during her preliminary race, and her winning time in the finals was 2:55.48.

This is Weggemann's third Paralympic medal — second gold — and third Games of her career. It is the first time she's earned a place on a Paralympic podium since London 2012. After the final leg of the Aug. 27 race — the freestyle portion — she and Lettenberger embraced in a hug, all smiles.

Weggemann was paralyzed from the waist down when she was 19, and she overcame a major injury to her left arm in 2014. Weggemann, also a 17-time world championship medalist, wrote a short but powerful message on her Instagram Story following her recent individual medley victory: "Absolutely no words right now other than this... DREAMS ARE RESILIENT."

According to Swimming World Magazine, Weggemann further said after the fact, "This has been a very long fight and there has been a lot of circumstances that have come around through this journey. I'm just filled with pride that I get to be with Team USA and I get to represent my family, my community and that I have that love and support to surround me."

Weggemann is competing in five more swimming events this Paralympics. Check out footage and photos from the 200m SM7 individual medley final competition ahead.

Related:
She's a Paralympic Swimmer and World Champ, and This Is Her Training Routine For Tokyo
Previous Next Start Slideshow
Summer Olympics 2021OlympicsSportsSwimmingParalympic GamesDisabilityAthletes

Black History Month
Allyson Felix's Mentor Was an Olympic Legend, Too: "Jackie Has Been by My Side"
by Allyson Felix 22 hours ago