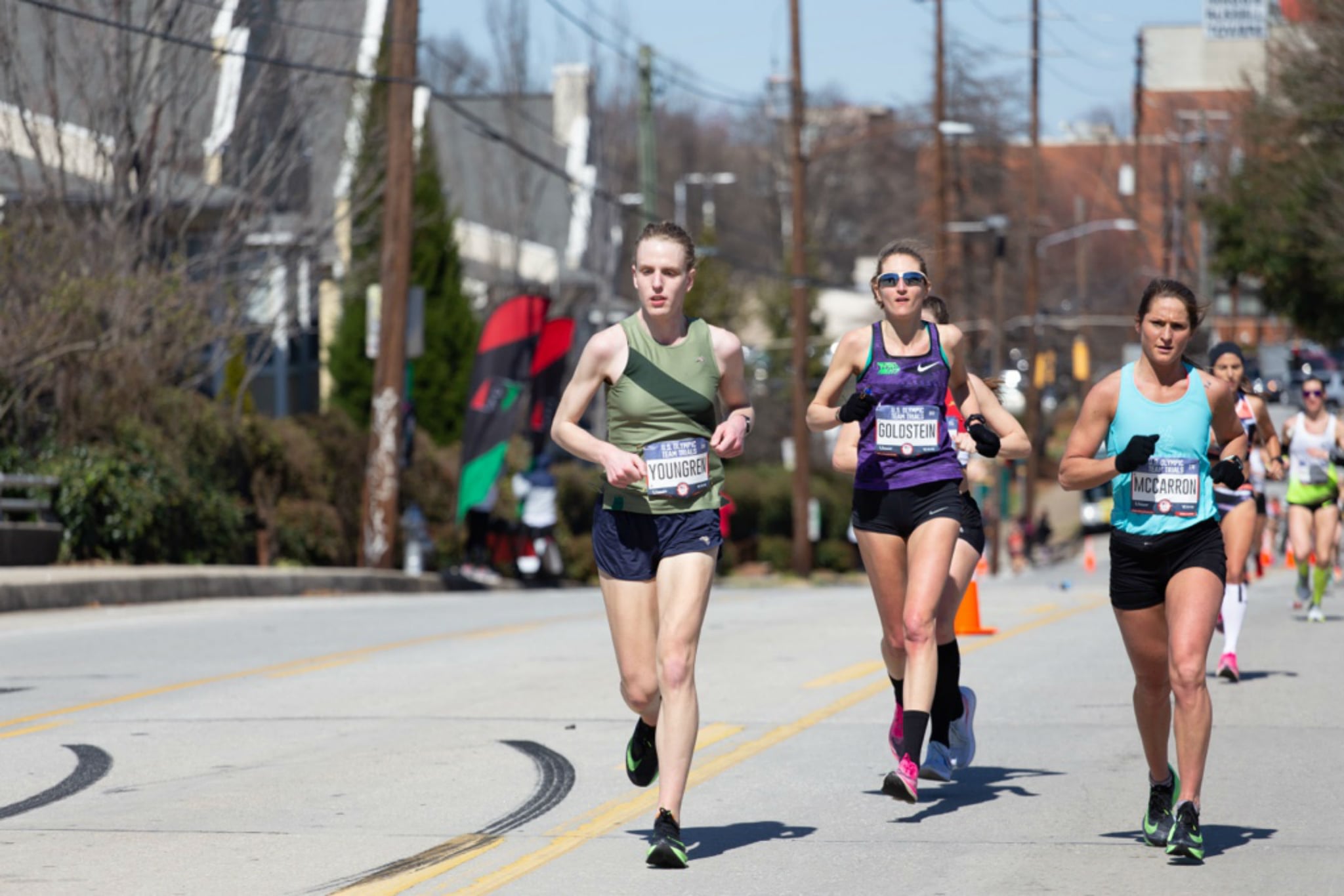 On Feb. 29, Megan Youngren was one of the 450 women to compete at the US Olympic marathon trials in Atlanta. She ran 26.2 miles in 2:50:27, coming in 230th place. Megan finished well behind the three women who officially qualified for Tokyo 2020, but she made history as the first openly transgender athlete to ever participate in the trials.

Megan, 28, qualified to compete at the trials with her 2:43:52 finish at the California International Marathon last December. According to Sports Illustrated, the Alaska native first started taking hormone medication as a college student in 2011. She then came out publicly as transgender a year later and concluded paperwork for her transition in 2019.

"I'm open to talking about it to people because that's the only way you make progress on stuff like this," Megan told the outlet. She finished the 2017 Equinox Marathon, her first 26.2-mile race, in 4:48. This, she told Sports Illustrated, got her hooked on marathons. She shaved her time down to 3:06:42 at the 2019 Los Angeles Marathon, then sought a finish of under three hours.

"People will try to put it down by saying, 'That's too easy because you're trans,'" Megan stated. "But what about the 500 other women who will qualify? There's probably someone with the exact same story. I trained hard. I got lucky. I dodged injuries. I raced a lot, and it worked out for me. That's the story for a lot of other people, too."

"I credit the people who've come out before me for making this not so bad for me."

For transgender athletes in the Olympic marathon trials, the USATF follows rules established by the International Olympic Committee. As stated in an International Olympic Committee press release, a transgender female athlete must have a testosterone level below 10 nanomoles per liter for at least 12 months prior to competition. Her testosterone level must remain that low "throughout the period of desired eligibility to compete in the female category."

"I have done everything by the book, and I can show that," Megan said. She told Alaskan newspaper the Peninsula Clarion, though, that making history as the first openly trans athlete in the trials isn't what drove her to compete. "I didn't set out to be the face of this," she explained. "I think the direct quote I've given is, 'I don't want the next person to take the magnitude of crap I deal with.' I credit the people who've come out before me for making this not so bad for me."