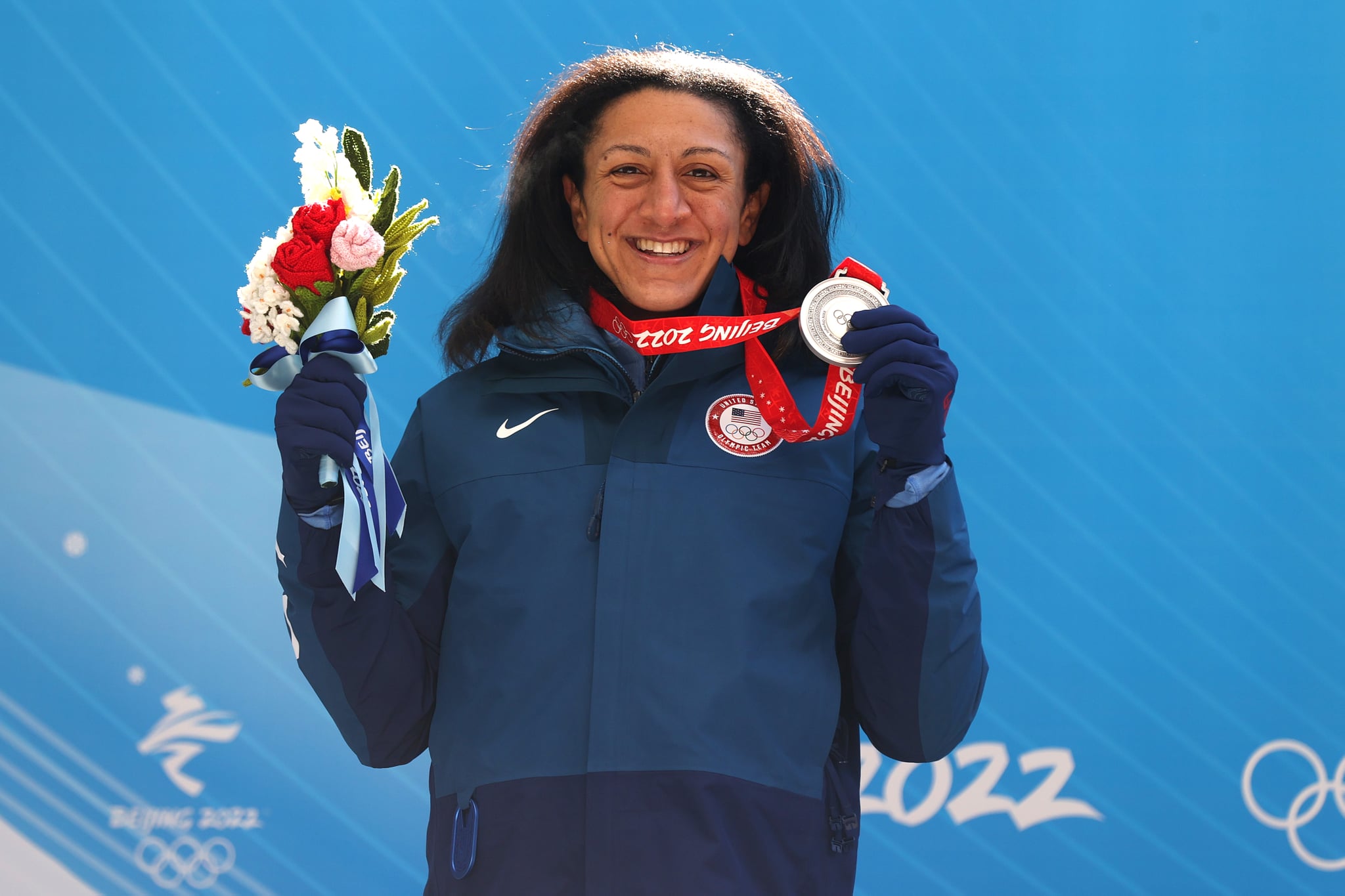 Elana Meyers Taylor has made history as the most decorated Black winter Olympian after securing a silver medal in the women's two-person bobsleigh heat 4 on Feb. 19 — the fifth medal of her career. This win also made Meyers Taylor the most decorated women's Olympic bobsled athlete. To cap off her historic 2022 Olympic run, Meyers Taylor was flag bearer for Team USA at the Games' closing ceremony. Watch the celebratory Twitter video NBC Olympics posted in honor of Meyers Taylor's medal-winning achievement, below.

In a post-race interview on Feb. 19, Meyers Taylor spoke about her feelings towards making Winter Games history, according to "CNN." She says, "It's so crazy to hear that stat and to know that I'm part of a legacy that's bigger than me. Hopefully it just encourages more and more Black athletes to come out to winter sports. . . I think the more diversity we have, the stronger our sport can be. So hopefully this is just the start of more and more people coming out and trying winter sports."

Until Meyers Taylor's recent victory, speed skater Shani Davis held the title of most decorated Black winter Olympian, with four medals to his name. Meyers Taylor's fourth medal was earned just days before, on Feb. 14, during the women's monobob. She claimed silver. The four-time Olympian has previously earned Olympic medals in three women's two-person bobsleigh events. She's won silver medals in PyeongChang (2018) and Sochi (2014) along with a bronze medal in Vancouver (2010).

Elana Meyers Taylor is now the most decorated woman to ever compete in Olympic bobsled.

This run by @eamslider24 guaranteed medals for her team and propelled her to #WinterOlympics history. 🙌 pic.twitter.com/TzTGj3v7GP