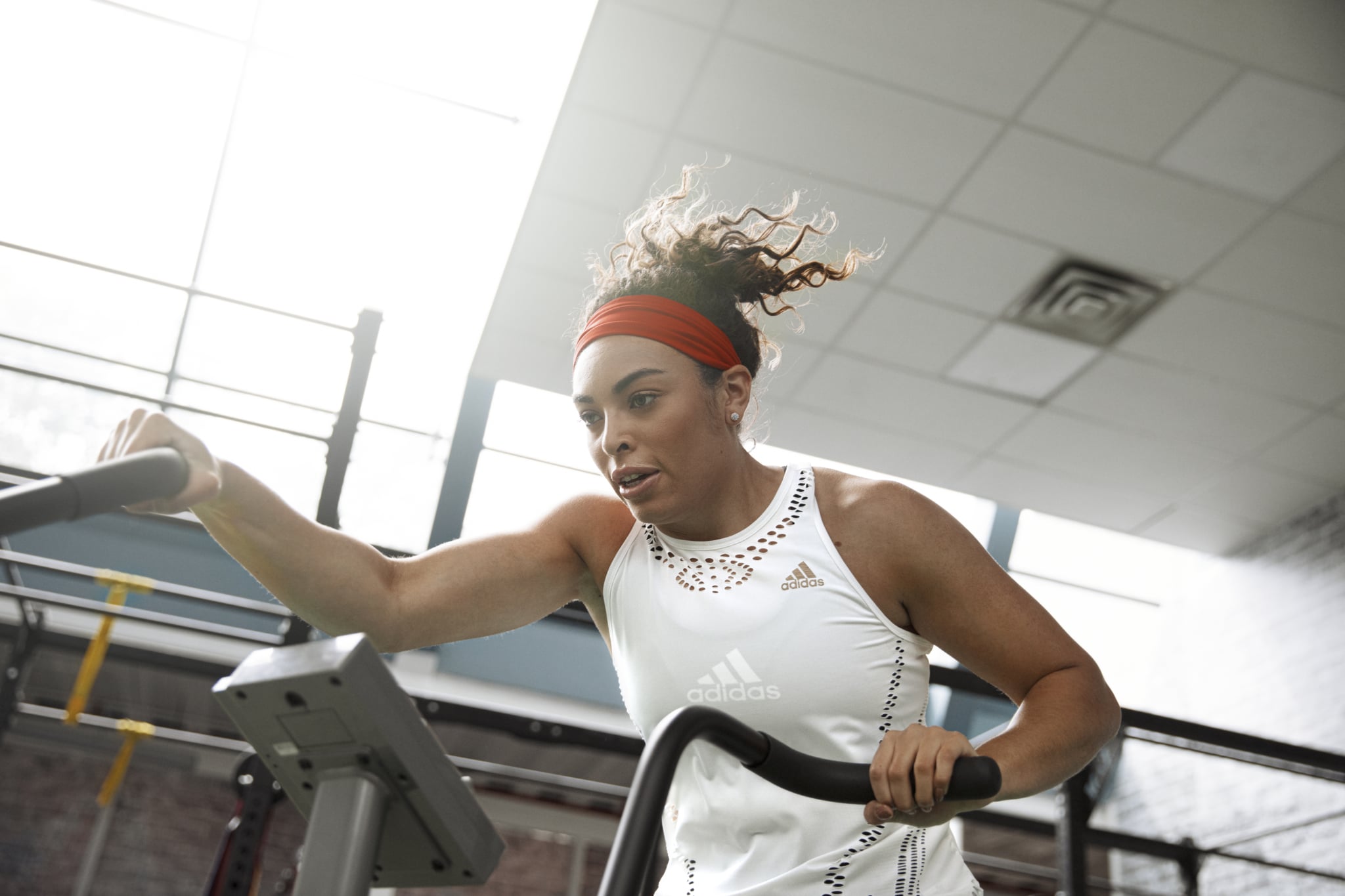 Sarah Nurse began playing hockey because she loved skating. "My dad actually got me out on a local pond when I was 3 years old, and he taught me how to skate," she told POPSUGAR. She naturally drifted toward hockey and began playing organized hockey when she was 5, playing with boys exclusively until she was around 11 or 12 years old.

In the hockey community, Nurse explained that she knew she was "a little bit different." She was always the only girl on the ice and in the arena, she said. "It's such a male-dominated space that, me being the only girl, I stuck out ever since I was 5 years old." Nurse eventually ended up playing for a girls team, and said, "I was so excited because I was playing with girls who shared the same passion and all loved hockey as much as I did."

She described her teammates on both the boys' and girls' teams as "absolutely amazing," but that didn't keep her from noticing that her appearance was different than theirs. She observed the difference between her teammates' "straight and smooth hair" and her curly hair, and was aware her family was the only Black family in the arena.

Related:
Tennis Has a Diversity Problem, and Pro Player Taylor Townsend Is Speaking Up About It

"I definitely have kind of a unique lens into racism, because I also have a privilege of being lighter skinned, and that's something I acknowledge and know as a fact," Nurse said when asked if her ethnicity and her appearance ever impacted how she was treated compared to her white teammates. But even with that privilege, she's experienced microaggressions and racist comments followed up with, "You're not really that Black, so that doesn't apply to you."

As a professional hockey player, Nurse said, "I think the circumstances are still pretty much the same." There aren't many women of color in the sport, "And so it's kind of disheartening, because that's definitely something we want to change. We want to change the landscape of hockey, but it's still very similar." Over the years, and especially in 2020, numerous sports leagues and institutions have no choice but to begin to face the inequities that have stood in place for years as athletes and other leaders within the various communities demand change.


"It's sad because people shouldn't have to prove why they're there. You should be allowed to love the sport and have fun at the sport to play."

In the hockey world, Nurse said there are a lot of inequalities when it comes to both race and gender. "And so I think, ultimately, we need to look at hiring practices, and we need to look at people who are in positions of power and what those people look like," she said. In order for hockey to grow and "not be in a stagnant place," Nurse said it's imperative to have more women and people of color in these positions of power, to create an open and inclusive environment and change the face of hockey, instead of it just being white, older men.

Nurse explained that hockey is tough, and that if she wasn't talented, she may have pursued something else, because as a person of color, you constantly have to prove why you're there and why you belong. "It's sad because people shouldn't have to prove why they're there," Nurse said. "You should be allowed to love the sport and have fun at the sport to play."

Hockey is "miles behind other major sports leagues and sports organizations," Nurse said, because the sport is "exceptionally white." But, she does believe the hockey community is beginning to acknowledge the inequities in the sport and taking the necessary steps to implement change on all levels.

There isn't one perfect approach to make the sport more inclusive and diverse, but to get more young, nonwhite athletes in the sport, Nurse said Hockey Canada, USA Hockey, and the National Hockey League need to lead by taking a position against the inequities in the game. They also need to amplify voices of people of color and specifically women of color, she said, "to make sure that people understand our sport is open and inclusive to everybody, because I don't think up until now that's happened at all." It's time for hockey to receive a major makeover, and Nurse is one of the athletes leading the charge.