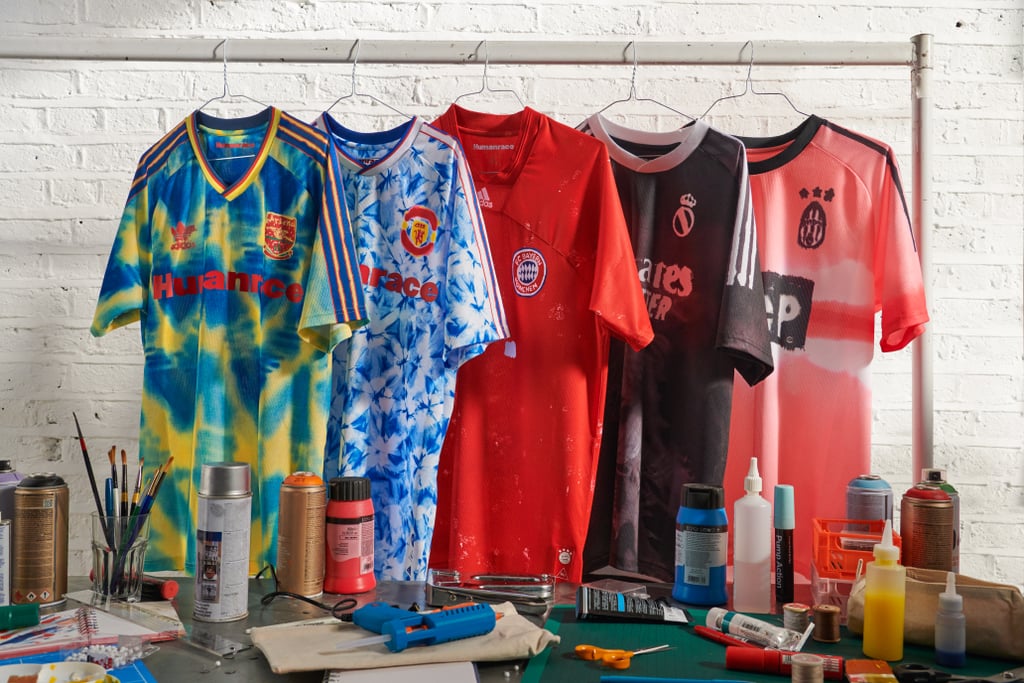 Pharrell Designed Jerseys For These Iconic Soccer Teams, and We Can't Enough of the Tie-Dye

Redesigning iconic sports jerseys can be tricky business, but trust Pharrell Williams to get it right. The artist and creative director of Human Race just collaborated with Adidas to create hand-designed jerseys for five legendary European soccer clubs: Manchester United, Real Madrid, Juventus, Arsenal, and FC Bayern Munich. The brand also created jerseys for Romance FC, a women's and nonbinary football club in London. We took one look at the results and fell in love.

These clubs boast recognizable jerseys as it is, but Pharrell reimagined them in raw and unique ways. Designers used hand-drawn techniques as the basis for each jersey before joining with the Adidas team, melding the artistic look with a high-performance jersey.

"The most important part of the process with this collection was to learn of each club's legacies and how each defining moment of their histories were captured and preserved from a design and aesthetics perspective," Pharrell said in a press release. "Each of the new jerseys are symbols of the five [clubs'] collective memories which have been brought to life through the most personal, creative, and unique design process we have — by hand."

The jerseys aren't just for show. Arsenal, Manchester United, and Real Madrid will be wearing the new designs for pregame warmups, while Juventus sported theirs during a match on Oct. 25. FC Bayern Munich is planning to wear their new jerseys during their next game in Germany's domestic cup. Unfortunately for fans, several of the jerseys are sold out at the moment, so we'll have to content ourselves with admiring them from afar. Check out all six versions ahead!