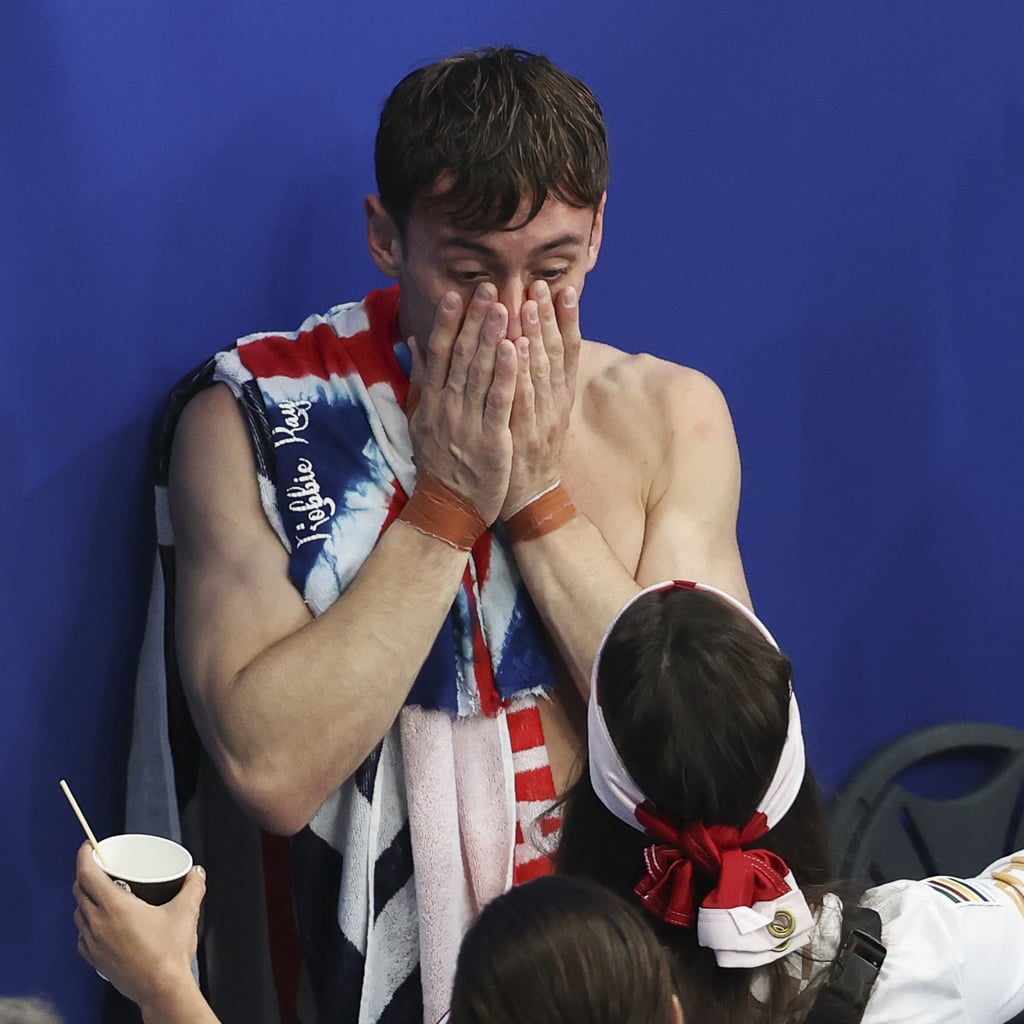 In His Fourth Olympic Run, Diver Tom Daley Finally Won Gold, and His Reaction Says It All

After four trips to the Olympic Games and 20 years of training, Tom Daley finally won his first Olympic gold medal on Monday. The 27-year-old British athlete and his diving partner, Matty Lee, clinched the top award in men's synchronized 10-meter platform diving, edging out Cao Yuan and Chen Aisen of China by just 1.23 points. Daley and Lee executed four-and-a-half somersaults in a tuck position, wowing the judges and earning a total score of 471.81. Daley previously won two bronze medals at the Olympics — once in London for the individual platform dive and once in Rio de Janeiro for the synchronized 10-meter platform dive alongside Daniel Goodfellow.

The emotion could practically be felt through the screen when Daley learned of his long-time-coming victory in Tokyo, as he leaped into Lee's arms and breathlessly uttered, "Oh my god." While accepting their shiny medals on the podium, both Daley and Lee wiped tears from their eyes before flashing elated smiles for the cameras and biting their medals. Soon after, he shared the news on Instagram, writing, "I still can't believe we actually did it! . . . I wish my family was there to see it, but knowing my Husband and Son got to see us (📺) win Olympic Gold is NEXT LEVEL!" He's referencing his hubby of four years, Dustin Lance Black, and their son, Robbie, whom they welcomed in June 2018.

"I feel incredibly proud to say I am a gay man and also an Olympic champion."

During a post-win press conference, Daley shared a heartfelt message encouraging LGBTQ+ youths to shoot for the moon and go after their dreams. "I hope that any young LGBT person out there can see that no matter how alone you feel right now you are not alone and that you can achieve anything and there is a whole lot of your chosen family out here ready to support you," he said. "I feel incredibly proud to say I am a gay man and also an Olympic champion."

Join us in celebrating Daley's big win by watching footage and checking out photos of his performance and subsequent reaction.