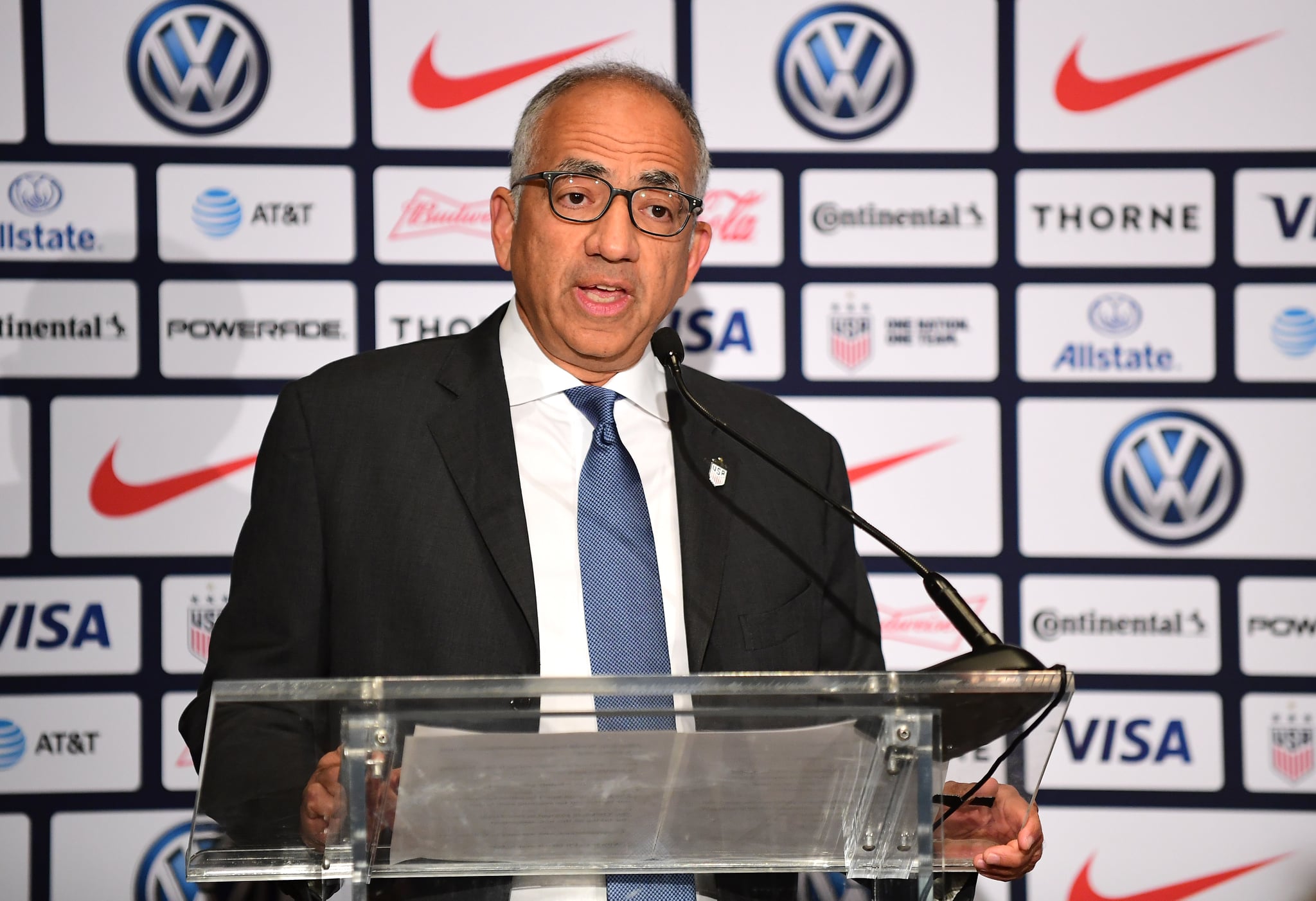 After a controversial week as president of the US Soccer Federation (USSF), Carlos Cordeiro, who has been leading the organization for the past 13 years, has officially stepped down.

The US Women's National Team (USWNT) has been vocal about the discrimination and inequalities they've experienced based on their gender over the past years by the USSF, and as a result, the team filed a class-action lawsuit (the New York Times shared the full lawsuit here), officially suing the USSF on March 8, 2019.

The USSF made headlines earlier this week after the organization filed a response to the gender discrimination lawsuit being championed by the USWNT. In the document provided by BuzzFeed News, lawyers for the USSF argue that the USWNT doesn't deserve equal pay because "the job of MNT player requires a higher level of skill based on speed and strength than does the job of WNT team player." Additionally, the lawyers claim that the USWNT doesn't have "equal responsibility" in comparison to the Men's National Team because the USWNT currently competes in fewer revenue-generating tournaments than the Men's National Team.

Related:
Power Poses, Pink Hair, and an Iconic World Cup Win: The USWNT Is Time's 2019 Athlete of the Year

On Wednesday evening, the USWNT — who have become a symbol for equality around the world — wore their warmup shirts inside out, concealing the US Soccer Federation crest, in defiance of the sexist language and arguments made in the lawsuit. Shortly after, Cordeiro issued an apology "for the offense and pain caused by language in this week's filing, which did not reflect the values of our Federation or our tremendous admiration of our Women's National Team," he said.

Amid scrutiny from the USWNT players, fans, and corporate partners, on Thursday, March 12, Cordeiro announced his resignation via Twitter. In his resignation, Cordeiro said, "My one and only mission has always been to do what is best for our Federation, and it has become clear to me that what is best right now is a new direction." He went on to apologize again for the arguments and language used against the USWNT, calling it "unacceptable and inexcusable," and for not thoroughly reviewing the filing prior to it being submitted.

It has been an incredible privilege to serve as the President of U.S. Soccer.

My one and only mission has always been to do what is best for our Federation.

After discussions with the Board of Directors, I have decided to step down, effective immediately. My full statement: pic.twitter.com/4B7siuIqcL

Cordeiro's resignation is effective immediately, and Cindy Parlow Cone, the current vice president for US Soccer and former USWNT player, will act as the interim president until the 2021 US Soccer Annual General Meeting next February, according to a statement released by US Soccer. Parlow is the first woman to hold this position and we're excited to see the organizational changes that come about under her direction.