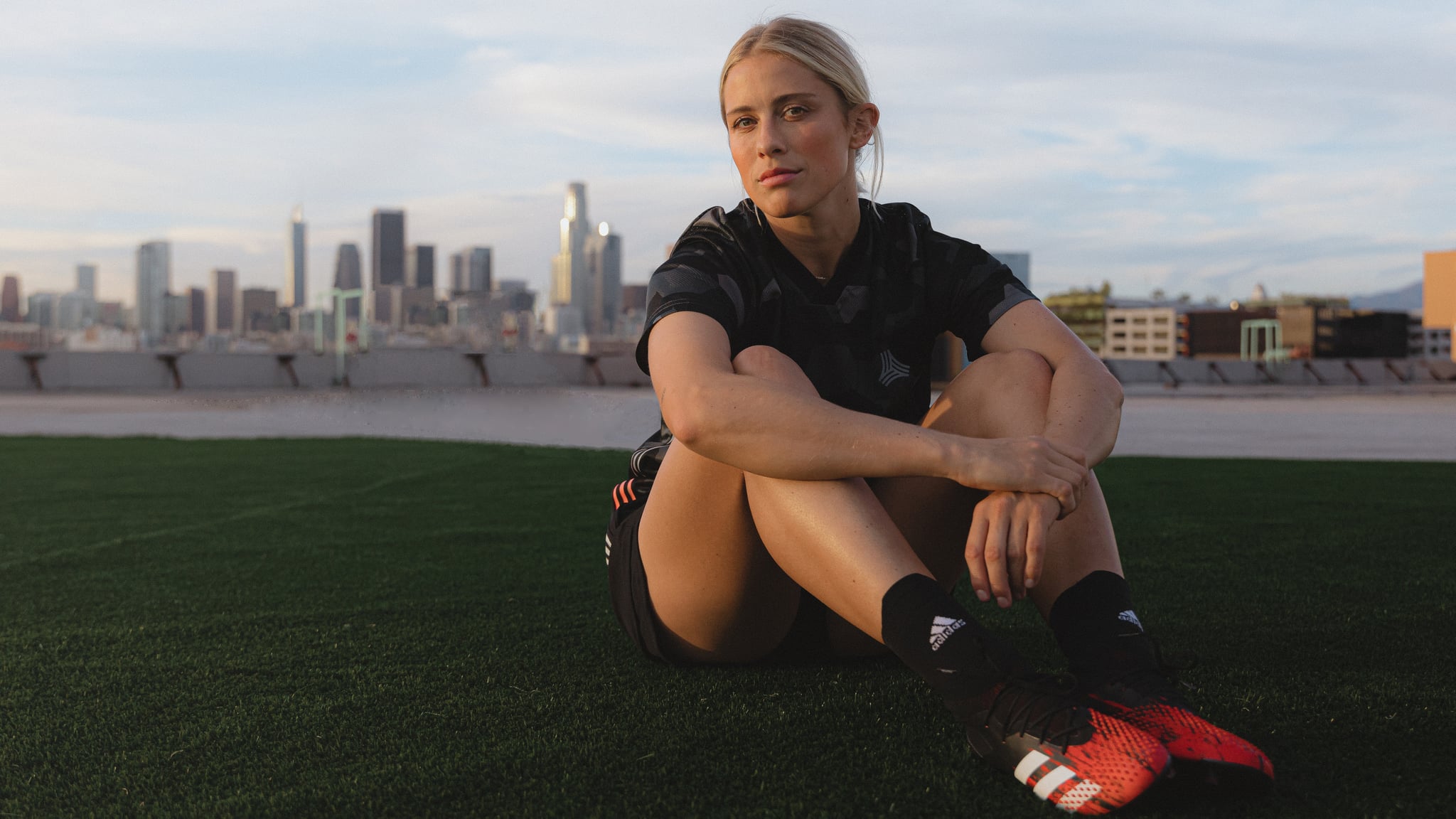 Over 260 million people watched the USWNT clinch their fourth World Cup last July, and saw the waves of emotions run across the players' exhausted faces: relief mixed with a surge of unbridled joy, mixed with other emotions that, according to defender Abby Dahlkemper, still elude definition. "It is so hard to describe that feeling in a word," she said. "I think [I felt] just grateful. And obviously, pure happiness."

Abby was the only USWNT field player to start every World Cup game in 2019, a testament to both her fitness and her essential role as a center back on the team. Now, the USWNT is under new leadership; coach Jill Ellis, who led the team to two World Cup victories, retired in October 2019, and former NWSL coach Vlatko Andonovski is now in charge of leading the team to the Olympics. Abby's role looks mostly unchanged thus far. She secured a spot on the 20-person Olympic qualifying roster and played every minute of the first qualification game, a 4-0 win over Haiti.

"It was nice for the couple of months after the World Cup, to celebrate and really take a deep breath. To enjoy that journey and that challenge that we had overcome," Abby told POPSUGAR. But it's 2020 now, and she's shifting back into attack mode. "It's a reset. I have this never-satisfied instinct . . . always wanting to push myself to be the best version of the person and player that I'm capable of being."

Related:
Power Poses, Pink Hair, and an Iconic World Cup Win: The USWNT Is Time's 2019 Athlete of the Year

That perfectionist mindset is essential when you're trying to make a squad as competitive as the USWNT. The 20-person roster will be cut down to 18 by the time the team heads to Tokyo, which means that, even with her success at the World Cup, Abby's spot at the Olympics isn't guaranteed. Still, she considers it an honor to chase after roster spots against the best players in the world. "It leaves no room for me to take a breath."

Abby isn't just being modest when she talks about how grateful she is to be on this team, playing this sport. In November 2016, just after playing her first caps with the USWNT, a sudden injury left her not just sidelined, but fighting for her career and life. It was a serious sepsis infection which started in her foot and spread rapidly throughout her body, landing her in emergency surgery. "At the time, I didn't know what had happened," she said. "I was just in so much pain."

She stayed in the hospital for a week afterwards, but the recovery didn't end there. Abby, accustomed to being on the field all game long, was out of soccer for months as her body fought back from the infection, hooked up to a peripherally inserted central catheter or PICC line that pumped antibiotics into her bloodstream 24/7. "It was really a humbling experience," said Abby, who still suffers from limited mobility in her big toe. "I'm proud to say that I have overcome that and I'm moving forward. I'm healthy and able to still play the sport that I love."

You can't help but look at 2019 as one of the true peaks of her comeback story. In addition to the World Cup title, Abby took home a national championship with her club team, the North Carolina Courage. And before either of those victories, she conquered an entirely new kind of challenge: appearing in the Sports Illustrated Swimsuit Issue. "It was definitely an unforgettable experience," said Abby, who was one of four USWNT stars to appear in the magazine. "If I'm being honest, I was nervous at the beginning because I had never really done anything close to that." By the end of the shoot, she'd found her confidence. "I was proud of myself and my body. Being a strong female athlete, obviously I don't have a skinny model type [body], but to be able to show off my body and be proud and confident was something that was so special." She realized, "it's so important to embrace what you're given and to really cherish what you have."

With a USWNT victory and a just-announced sponsorship with Adidas already under her belt, Abby's heading into 2020 with that same strength and confidence. "I have to turn the next page, reset, and start a new chapter," she said. Not always easy after a 2019 that was truly "a dream come true," but if Abby can bounce back strong after a life-threatening injury, you can only imagine how well she'll roll with this well-deserved success. 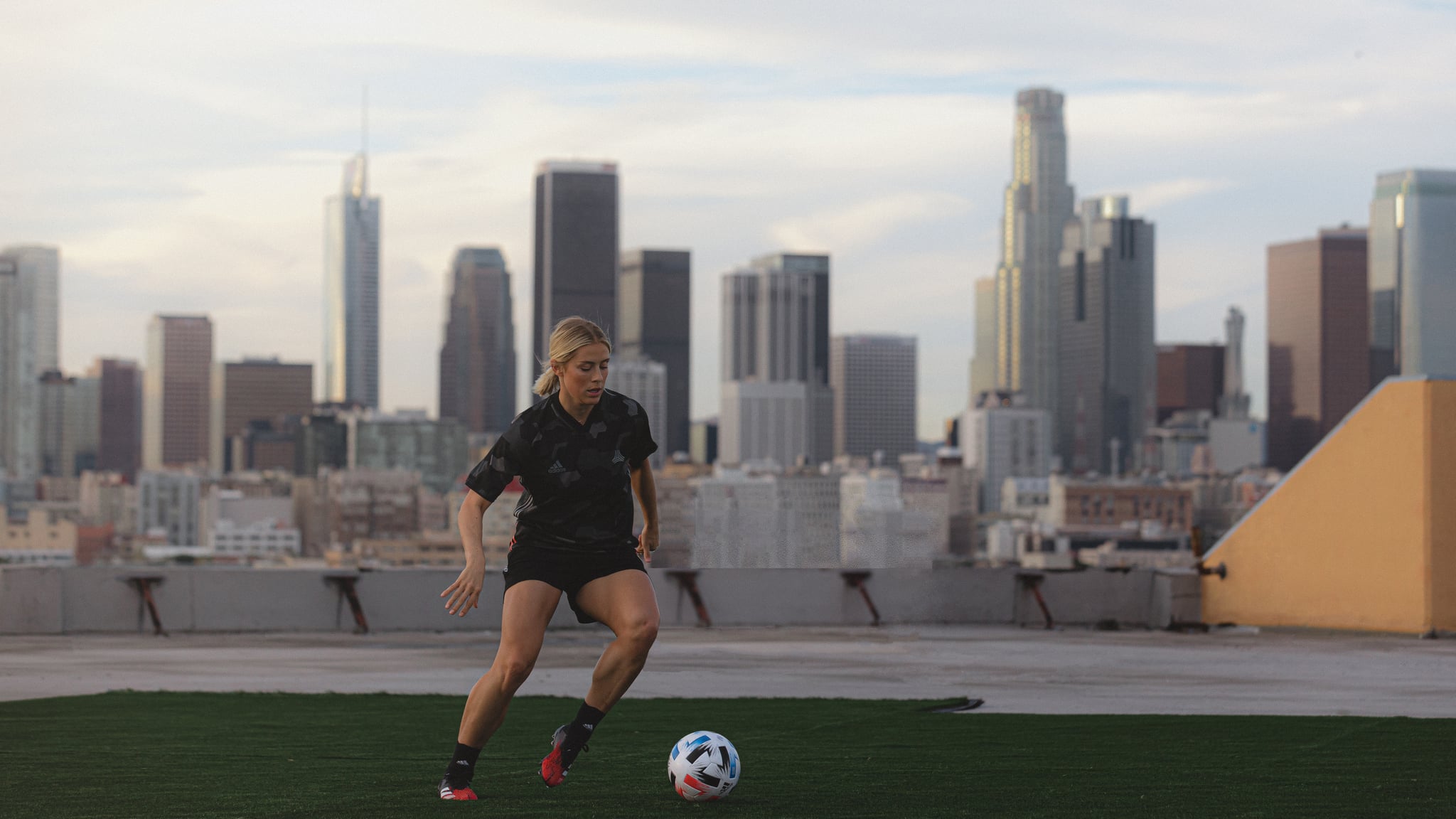