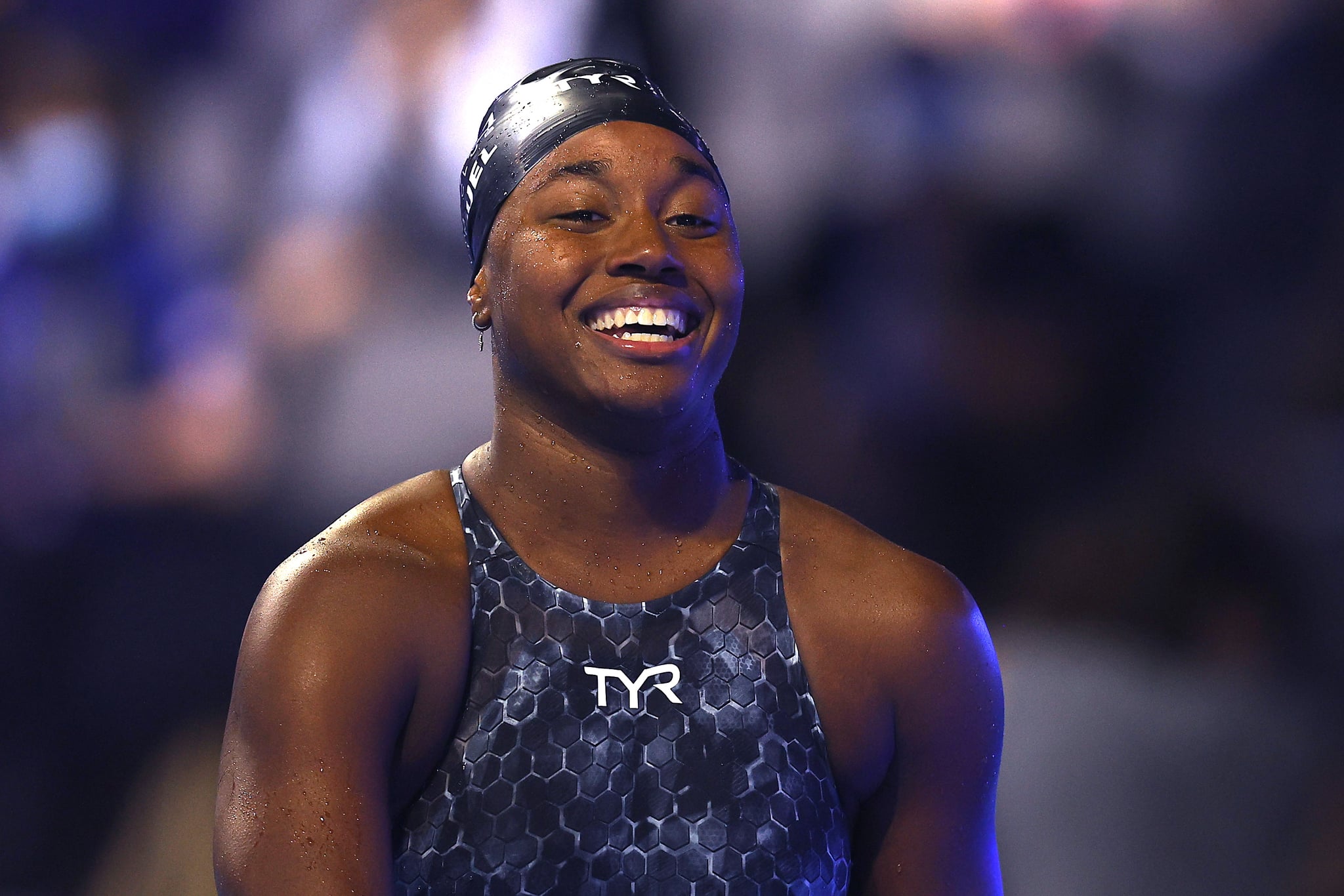 Simone Manuel has officially qualified for the 2021 Olympics, though not the way many predicted. Manuel was unable to qualify in the 100-meter freestyle, the event in which she won Olympic gold in Rio five years ago, but did win the 50-meter freestyle, securing her spot for the games in breathtaking fashion. After her 100-meter loss last week, Manuel revealed that she was diagnosed with overtraining syndrome (OTS) 11 weeks ago, which forced her to take a three-week break from training.

The week before a competition in March, Manuel started feeling "pretty bad," the swimmer said in a post-race press conference. She went to a doctor and was diagnosed, then tried to modify her training as much as possible. Her results continued to decline, and on her doctors' recommendation, Manuel took three weeks off, "completely out of the pool" and not exercising at all.

"My body wasn't doing what I knew it was capable of," Manuel said. "I had moments where I didn't even want to go to the pool because I knew it was gonna be bad." Returning to the water was an "uphill climb," she said. "To sit here and even do what I did and be at this meet is something that I can't take lightly."

What Is Overtraining Syndrome?

Overtraining syndrome occurs when an athlete experiences fatigue or declining performance despite maintaining or increasing their training. Also called burnout, OTS can happen when your body fails to recover from training and competitions, according to Rady Children's Hospital-San Diego.

Manuel had never heard of the condition prior to her diagnosis, but said her symptoms tracked closely. One of her first signs was a higher heart rate at rest and during her simpler training sessions. She also experienced insomnia, depression, anxiety, and sore muscles. "Just walking up the stairs to the pool, I was gassed," she said. Despite giving her best effort in the pool, Manuel's speed declined. "It was definitely discouraging," she remembered.

How Did Simone Manuel Treat Her Overtraining Syndrome?

OTS can be treated through rest, but the amount of time an athlete needs can vary widely, from four to 12 weeks by some estimates. Manuel ended up taking three weeks off.

Manuel wasn't sure if other swimmers had experienced OTS as well, but speculated that it was possible given the sport's relentless nature.

"You have to be in the water every day. There's no real offseason," she said. "You're continually pushing your body in and out of the water to maximize your potential." It can also be easy to gloss over the warning signs, as Manuel said she did for a time. "I didn't notice it until my body completely crashed."

It makes what Manuel did on Sunday — winning the 50-meter freestyle — even more impressive, but in the press conference, the swimmer said she was proud of herself for making it to trials at all. "I did everything I possibly could to be here. And that makes me proud because I continue to stay strong during this process, even when there were times when I wanted to give up," she said. "This definitely was my biggest fight."