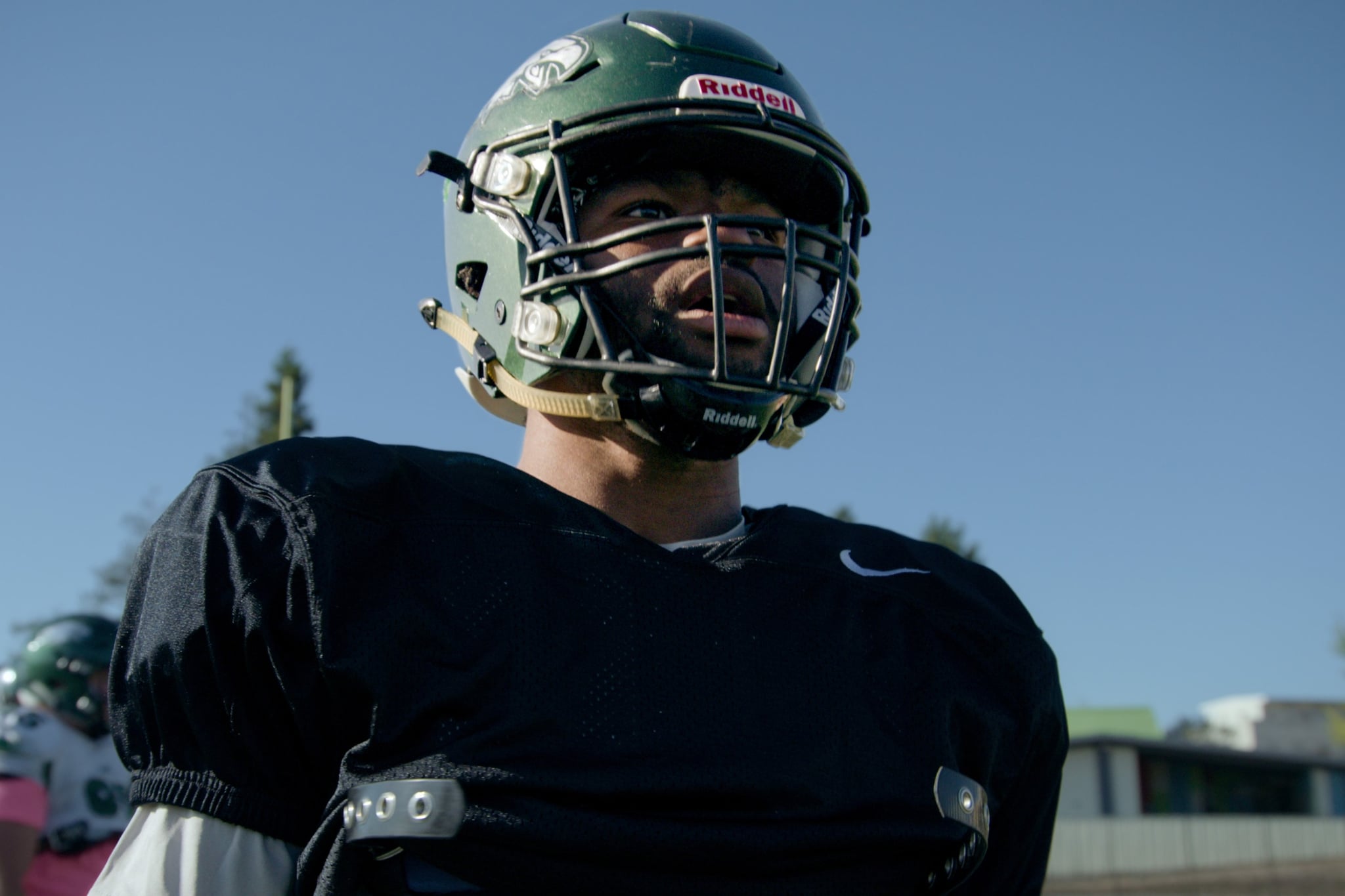 Netflix's Last Chance U brings its fifth and final season focusing on junior college football to Laney College in Oakland, CA. In the latest episodes of the docuseries, which dropped on Netflix on July 28, viewers once again meet a dedicated group of young men who live for the sport, though many of them can't actually afford to live in the pricey Bay Area. One player who quickly captured hearts is Dior Walker-Scott.

Walker-Scott, a talented wide receiver, steps up to play quarterback during his pivotal sophomore year at Laney after the QBs on the roster suffer injuries. While the staff worry that putting him in another position will hurt his chances of scoring a spot in a Division I program, Walker-Scott just wants to play and help his team — despite everything happening in his life off the field.

In a heartbreaking twist, the show reveals that Walker-Scott was homeless during filming. Still, he shows up for practices and games and even holds down a part-time job in the evenings. In an interview with The New York Times, Walker-Scott said the show's director and producer Greg Whiteley convinced him to share his story. "[Whiteley] said, 'Look, your story is tremendous — I know you're going to be scared to talk about it at first, but you're really what JuCo football is about," Walker-Scott said. "Later on in the season, I felt more comfortable. I felt great knowing my story would be out there and I could help somebody else."

Over the course of the season, Walker-Scott has his sights set on going to school at the University of Hawaii, and coach John Beam wants to do everything he can to get him there. The star athlete tweeted last December that though the recruiting process was tough, he was keeping his head up, as always. According to Heavy, while Walker-Scott didn't get a scholarship to a D1 school, he had decided to take Hawaii up on its offer to enroll as a preferred walk-on. However, with the future of college football still up in the air because of COVID-19, it's unclear what the upcoming season might look like for Walker-Scott and the Rainbow Warriors.

Coach Beam has full faith in him, though. He told The New York Times: "You've got to root for him. He's going to be successful in life. I'm not sure how or what he's going to do, but he will because he has the resolve to get through this." Most importantly, Walker-Scott is no longer sleeping in his car.