Period poverty around the globe is no secret — Global Citizen reports that one in five students in India drops out of school completely after starting their periods, often because of a lack of access to sanitary products. But period poverty is a crisis in the US as well. According to a survey conducted by the company Always, one in three parents is concerned about their ability to continue to afford menstrual products, in light of the COVID-19 pandemic. Yet only four states require public schools to provide period products to students — a gap that can take a significant toll on their education. In one study, nearly 18 percent of menstruators reported that not having access to menstrual hygiene products during high school impeded their ability to learn, for any number of reasons — because they were late to class, had to leave school early, or missed school altogether, for example.

In one study, nearly 18 percent of menstruators reported that not having access to menstrual hygiene products during high school impeded their ability to learn.

After learning about the issues students were facing — often skipping class, creating makeshift pads or tampons out of unsanitary materials, or getting supplies from teachers who paid for the products out of their own pockets — Demetra Presley felt called to action. In 2017, she founded Go With the Flow, an organization that provides "period packs" full of menstrual products to elementary through high school students in need, primarily in school districts in Tucson and Phoenix, AZ. "This isn't just about a student not being able to go to school or missing class — it's a student not focusing on their education," Presley told POPSUGAR. "They should be able to participate in dialogues and classroom discussions, and should be able to receive all these things available to you when you're at school, without the distraction of something that's natural and normal."

That's why legislators and activists are not only working to improve access to period supplies in educational settings, but to change the conversation around the necessity and normalcy of menstrual hygiene. 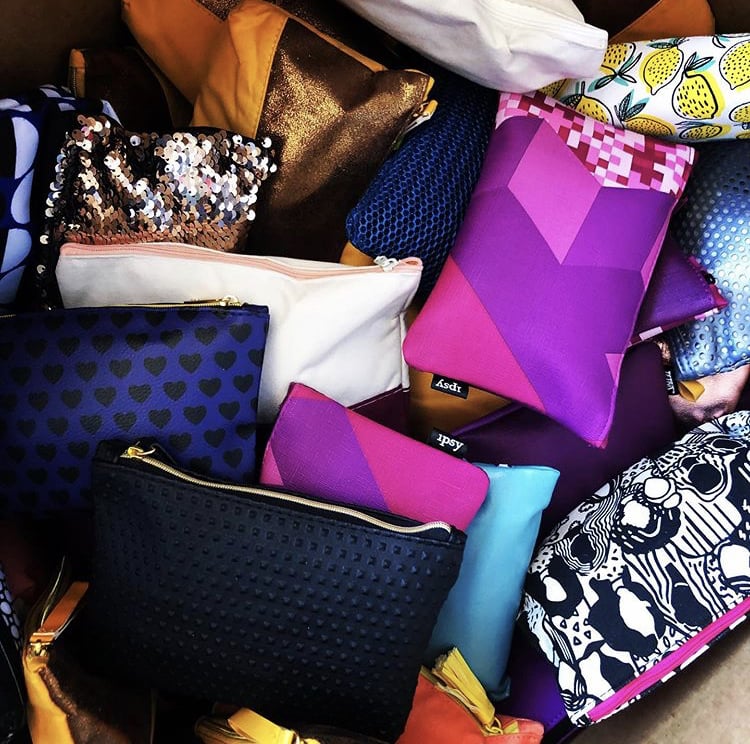 The Fight For Greater Access to Period Products in Schools

New York City was, in a way, the pioneer of period equity in schools. The city rolled out a program that supplied pads and tampons in a couple schools in 2016 — and later, in every school in the city. The National Education Association reports that this movement to provide free menstrual products to students resulted in a 2.4 percent increase in attendance among menstruators in the high school that piloted the program within the first six months.

California was the first state to pass a law mandating schools to stock up on pads and tampons for sixth through 12th grade students. Illinois then followed, along with New York, and most recently, New Hampshire. Forty-six states are still falling short of New York City's progress, but elected officials have introduced menstrual hygiene in education bills in a number of state legislatures, including Virginia, Massachusetts, Maryland, Washington, Oregon, Missouri, Florida, Pennsylvania, Delaware, and Colorado.

These pieces of legislation tend to vary in scope, but most of the laws that have been passed primarily serve students in middle school and high school. That doesn't eliminate the period poverty crisis for elementary age students, who may already be menstruating — the American College of Obstetricians and Gynecologists states that menstruation typically begins around age 12 in the US, but it can occur earlier, especially in Black and Latinx populations. Legislators should take older elementary school students into account when writing bills, to ensure that elementary school restrooms are stocked with period products for students who might not feel empowered to advocate for themselves on this issue.

The other segment of the population that's been left out of menstrual equity bills is college students. Whether a college or university is public or private, there are no legal requirements for them to provide period products for their students. And in many cases, those products are not only not free but heavily taxed on campus. Alexandria Ligon and Magdèlene Barjolo founded their menstrual equity and education nonprofit, Sending Her Essentials (SHE), while they were students at St. John's University. It started with a product drive for a local New York City women's shelter; they then entered and won a business pitch competition at St. John's to gain initial funding. But the cofounders told POPSUGAR that period inequity was an issue on their own campus. Restrooms had broken or unstocked sanitary product machines, and the school bookstore sold overpriced tampons and pads. At the very least, laws should be passed to make free products available in every restroom on college campuses, without expecting students to carry quarters or rely on often defunct machines every time they need a tampon.

But as easy as it sounds to just stock school restrooms with tampons and pads the same way they're stocked with toilet paper, there are obstacles to achieving this goal. Securing funding from school boards for something as important as menstrual hygiene has been the biggest challenge — and one of the reasons why Sending Her Essentials and Go With the Flow's work is so essential. Presley explained that this becomes even more of an issue in underfunded school districts, which puts low-income students at an even greater disadvantage in their education. In Arizona schools, there's a major disparity in funding that's rooted in racism — NPR reports the most economically disadvantaged school districts, many of which include primarily Black, brown, and other nonwhite students, receive less than half the funding of low-income white districts.

Presley's work ensures that students — especially those attending Title 1 public schools with large percentages of low-income students, from elementary to high school — have the security of access to whatever products they need throughout their cycle, in a cute, discreet makeup bag that can be picked up in a designated area in the school, such as a nurse or social worker's office. So many students rely on schools for so much, including health necessities and meals, and that has become more apparent and urgent during the coronavirus pandemic than ever.

Related:
4 People on What It's Really Like to Miss Work or School Because of Your Period

Why Menstrual Hygiene Needs to Be a Larger Conversation

Menstruation has always been taboo — another reason it's so important to care for students who experience it. "It's a very stigmatized issue; people still don't feel comfortable talking about it in a public place, or even buying tampons in a store," Presley said. Then, because these products aren't made available at school, the onus is placed on middle school or even elementary students to discuss the changes in their bodies with a school official in order to have their needs met. "It's ingrained in our culture as something that we should be embarrassed about and ashamed of," Presley said.

"[Menstruation is] ingrained in our culture as something that we should be embarrassed about and ashamed of," Presley said.

That's one reason the SHE founders seek to create dialogue about menstruation through their education and outreach programs for students, which they eventually hope to introduce globally in countries like Liberia, where Barjolo's family is from. "The stigma behind periods is a part of the problem, so supplying the tampons and pads is not giving them an ultimate solution," Barjolo told POPSUGAR. SHE's wellness workshops, which the founders have made virtual during the pandemic, serve as safe spaces for discussing menstrual cycles, as well as other important health topics, like mental health for Black women.

"We were initially leaning more toward product distribution, [but] we realized if we just did that, it wouldn't be sustainable. We then shifted toward advocacy and creating discussion spaces in order to use what we have to still impact the community," Ligon said. And it's true — until we dismantle this stigma surrounding menstruation, and the necessary products used to manage it, change will continue to be stalled. It's not just up to menstruators, but also their educators and mentors, to make sure students have access to everything they need to pursue their education.