Food Network chef Bobby Flay teamed up with Lipton to create a line of Summer recipes you're going to want to make regularly all season long. I caught up with him on the phone to discuss grilling, so all of us can throw down some sizzled goodness like Flay.

POPSUGAR: I love brining chicken before grilling, but I've never thought of using iced tea! Can you share why it makes a good brining liquid?
Bobby Flay: Well, it actually makes perfect sense. When you brine chicken, one of the biggest reasons to do it is to create a juicy chicken while it's being cooked. So, obviously, the moisture itself is going to give it a lot of juiciness, but also, the key is also to impart lots of flavor. There's going to be some sweetness, some tart.

PS: I see you use lemon tea and lemon wedges. What other flavors pair well with this grilled chicken recipe?
BF: I [also] like to marinate it in the [Lipton] mango iced tea, and then after it's cooked, I actually reinforce the flavor of the mango by making a mango glaze to put on top of the chicken, or a mango salsa.

PS: What do you think is the biggest mistake people make when grilling chicken?
BF: If you're grilling chicken, especially if the skin is on, one of the biggest mistakes people make is they think that high heat is going to make it crispy. It's actually the opposite. [Heat] the grill on low-medium and put the chicken on skin-side down. Cook it slowly, so that as the fat renders you get it nice and crispy. That's what you want, you want a nice, crispy skin as opposed to one that's overcharred and flabby. 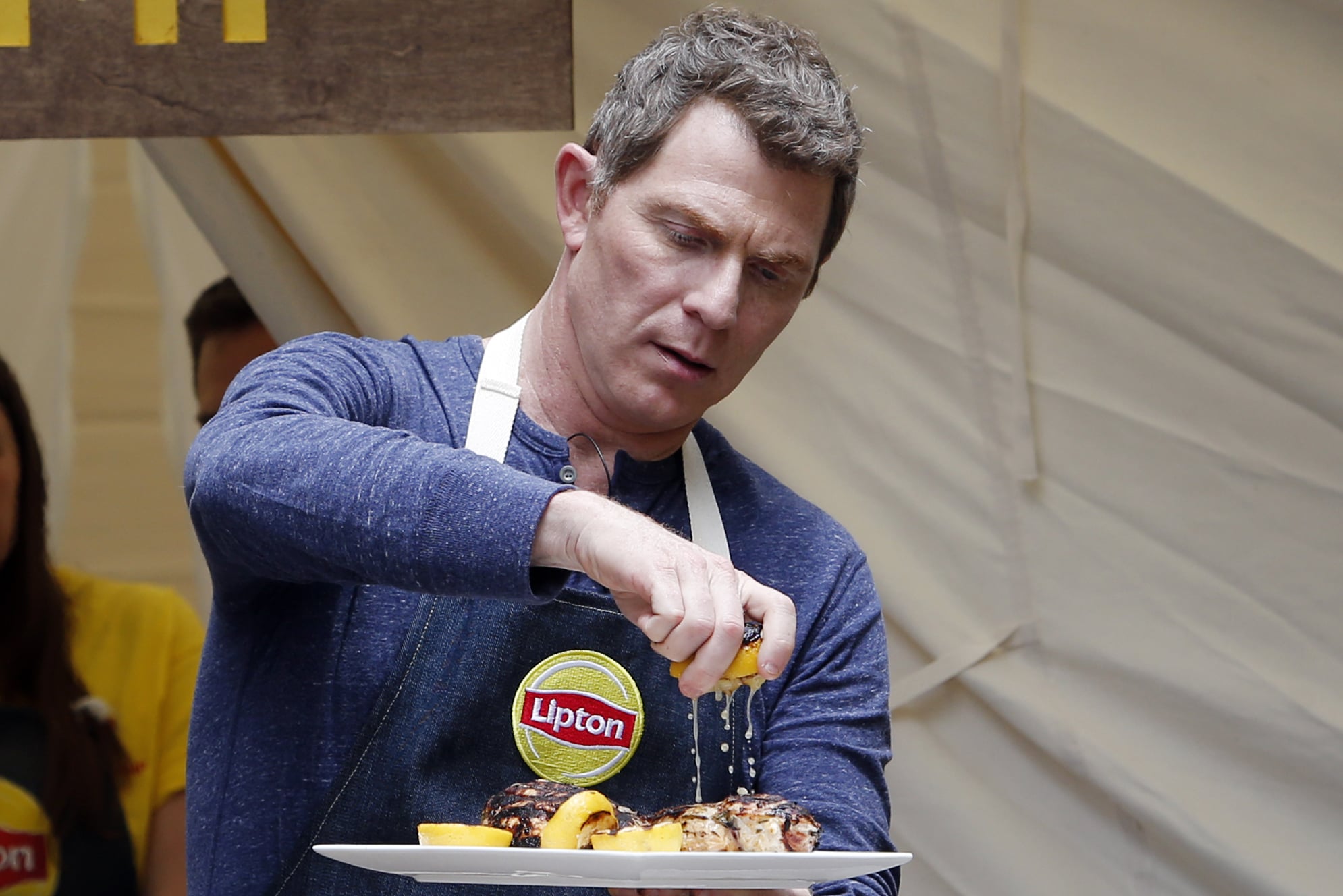 PS: How do you build a charcoal grill so that it's low-medium heat?
BF: If you're using a charcoal grill, you want to create two zones: one zone that's rather hot and one rather cool. So put less charcoal on one side of the grill, and that's where you can cook the chicken.

PS: When it comes to grilling burgers, what are your tips for beginner cooks?
BF: Pick up the right kind of meat. Buy an 80/20 (80 percent meat, 20 percent fat), which is a good ratio in terms of flavor and juiciness. Make a well in the middle of the burger with [your] thumbs so that the burger evens out in the middle of cooking. In other words, if you just put a burger on the grill, it's going to plump up like a football. People take the back of a spatula and press [it] down to get [the burger] back to its shape, but then they squeeze out all the juices. So what I tell people is to put an indentation in the burger, so as it cooks, if you don't touch it, it actually goes back to the shape that you want it to be.

Also, lots of salt and pepper on both sides, and only flip it once. You let it cook on one side without flipping it, so you get a really nice crust, and then you flip it over to let that crust happen on the other side for just a couple more minutes. Obviously, I'm a cheeseburger guy so I'm going to put a couple slices of cheese on there; make sure that you melt the cheese absolutely and completely, and then you're good to go. At that point forward, the garnishes are up to you. You could put jalapeños, red onions, tomatoes, lettuce, whatever you feel that you want to do.

PS: And if your burger doesn't get that really nice sear on it, what does that indicate?
BF: It indicates that your grill probably isn't high enough or that you flipped it too early.

PS: What simple dish do you recommend grilling in a perforated grill pan?
BF: Cut up peppers, zucchini, and corn on the cob. Put those on the pan with some olive oil, salt and pepper, maybe some fresh garlic. Mix all the vegetables together, throw them in a perforated pan, and this way they'll pick up some of that grilled flavor without actually going on the grill. When it comes off the grill, make a dressing to go on top, like a vinaigrette. As it comes off the grill, still warm, hit it with the vinaigrette.

PS: What spicy ingredients do you like to add to grilled foods?
BF: I think chipotles are a really good thing; you can buy them in cans and you can puree them, you can use them in salsas, sauces, vinaigrettes, and it gives them a real smoky flavor. Also, I've been using a lot of Calabrian chilies lately, which are chilies from Italy. They've become really popular and easy to find. They have a really fantastic fruity flavor too, but they're spicy at the same time.

PS: OK, this doesn't have to do with grilling, but how's your cat, Nacho? And speaking of nachos, what's the ultimate way to make them?
BF: Nacho, he's doing really great, I'll tell him that you asked for him. He's very busy on Instagram, but he's a great cat.

To me, the ultimate nacho combination is really crisp tortilla chips, a queso sauce (make a cheese sauce as opposed to just putting shredded cheese on it), pickled jalapeños, pickled red onions or scallions, some sort of protein on there like shrimp or chicken (but you don't necessarily need to), and then lots of avocado and cilantro, if you have it.