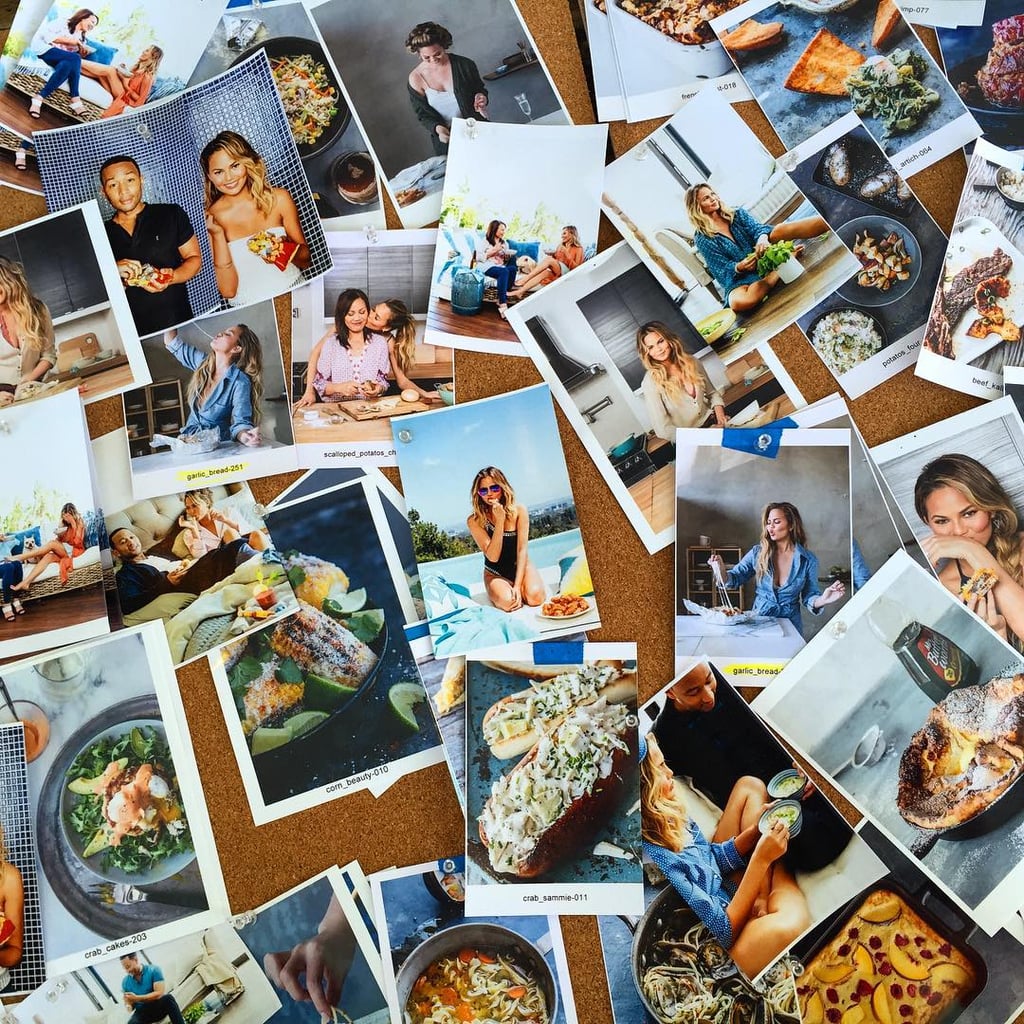 Since November of last year, Chrissy Teigen has been busy with her first baby — a cookbook, to be published April 2017. Entitled Cravings: Recipes For What You Want to Eat ($27), Chrissy's cookbook will feature all-new recipes not previously posted on her blog, So Delushious. Despite being quite the serious home cook, Chrissy's not doing it alone! She's teamed up with food writer/recipe developer Adeena Sussman to coauthor the book.

Chrissy and Adeena have both Instagrammed the entire process, from recipe developing to taste testing to food styling to picking the final shots, so we have gathered a lot of information on what to expect. For starters, the food won't be the only thing to melt your heart. There will be lots of intimate shots of Chrissy and John in PJs, Chrissy with her adorable dogs, and Chrissy having one-on-one time with each of her parents.

But then the food! Between the intoxicatingly cheesy offerings ranging from a cheesy pasta bake to Frito pie, traditional Thai dishes like whole baked fish from Chrissy's mom, unexpected Norwegian items thanks to her dad, and a few famous additions (mac and cheese and fried chicken) from John, there's no doubt the cookbook will excite your tastebuds with its eclectic and provocative flair. I apologize in advance for making you hangry . . . and making you wish even more you had Chrissy Teigen's life.

Chrissy Teigen
Chrissy Teigen Is Officially Back on Twitter, and Our Timelines Are Incredibly Blessed
by Kelsie Gibson 1 day ago