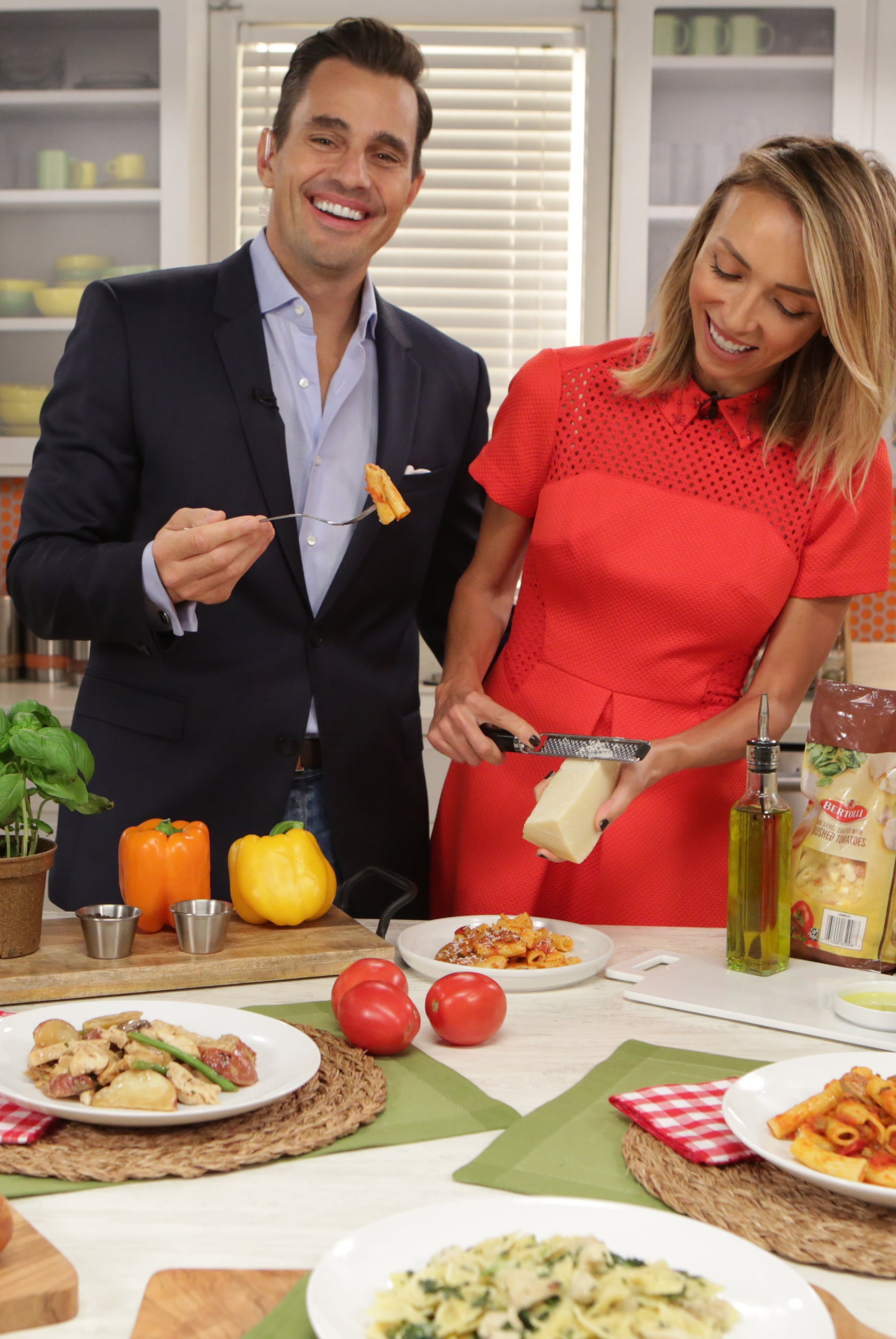 Giuliana Rancic grew up eating pasta as an after-school snack in Italy, and now she and her husband Bill own one of the most sought-after Italian restaurants in Chicago, RPM Italian. To say that she knows a thing or two about Italian food would be an understatement, and she has some expert tips for creating an authentic Italian experience in your own kitchen. I chatted with Giuliana and Bill on behalf of Bertolli about a very important October occasion, National Pasta Month, to find out Giuliana's best tips on how to cook like an Italian. Spoiler alert: simplicity is key.

"The biggest thing for me is nothing too fancy, you know? The simpler, the better. You don't need to have a ton of ingredients. I like Southern Italian food, so that's a lot of tomatoes, cheese, basil, and crushed red pepper. Great olive oil. And I love French bread rolls or big Italian rolls, and I cut them up and put them on a basket on the table. So bread and pasta . . . I could have it for the rest of my life every night."

Giuliana also pointed out that eating pasta frequently isn't a bad thing, as long as you're cooking with fresh and whole ingredients. She elaborated on her wedding from 2007, saying, "We were married in Italy, in Capri, and all of our American friends came over and they're like, 'Wow, all your relatives are so thin and all they do is eat pasta!' And it's just because they're whole ingredients from the earth, and they're easy to digest, and it's not like some of the other foods tougher on the body." In fact, according to Bertolli, 97 percent of Italians eat pasta each week, while only 23 percent of Americans eat pasta multiple times a week.

"I pretty much do eat [pasta] almost every night," Giuliana said. "Every month is National Pasta Month in our household." Same, Giuliana. Same.