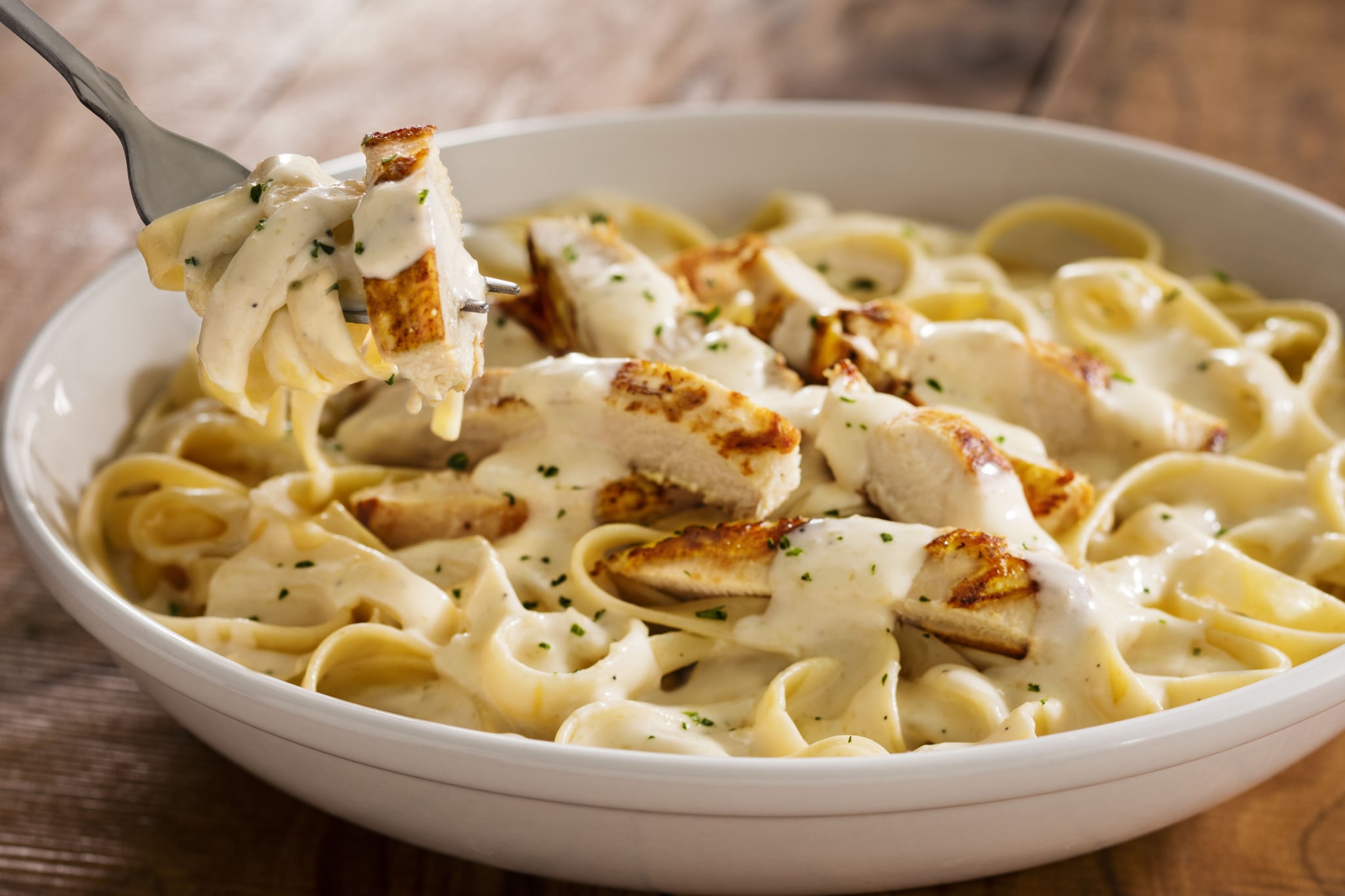 Olive Garden's signature alfredo sauce is proof that the simplest recipes can be the best ones. The restaurant chain's Chicken Alfredo is the most popular dish at Olive Garden, and the cheesy sauce is what makes it so popular . . . it's a recipe that's been unchanged for decades. POPSUGAR spoke to an Olive Garden representative about the surprising history of Olive Garden's alfredo sauce, and we have a newfound appreciation for the restaurant's "Americanized" version of a classically Italian dish.

While you won't find any milk or heavy cream in an authentic Italian alfredo recipe, it's true that cream was first added to the dish when it made its way to America. And Olive Garden built on that idea to develop its own recipe in the early 1980s, which includes butter, milk, cream, flour, garlic, imported parmesan cheese, and imported Romano cheese. "Adding cream gives alfredo sauce a richer, more full-bodied finish that Americans love," the Olive Garden spokesperson said. Clearly, Olive Garden is doing something right, because people seriously can't get enough of the cheesy, creamy sauce — you know you've ordered it at least once in your life. Olive Garden dished out a few more facts about the beloved dish that any fan of Italian food would want to know.

Food Shopping
The FDA Wants to Redefine What "Healthy" Foods Are — but What Does Healthy Even Mean?
by Maggie Ryan 1 week ago