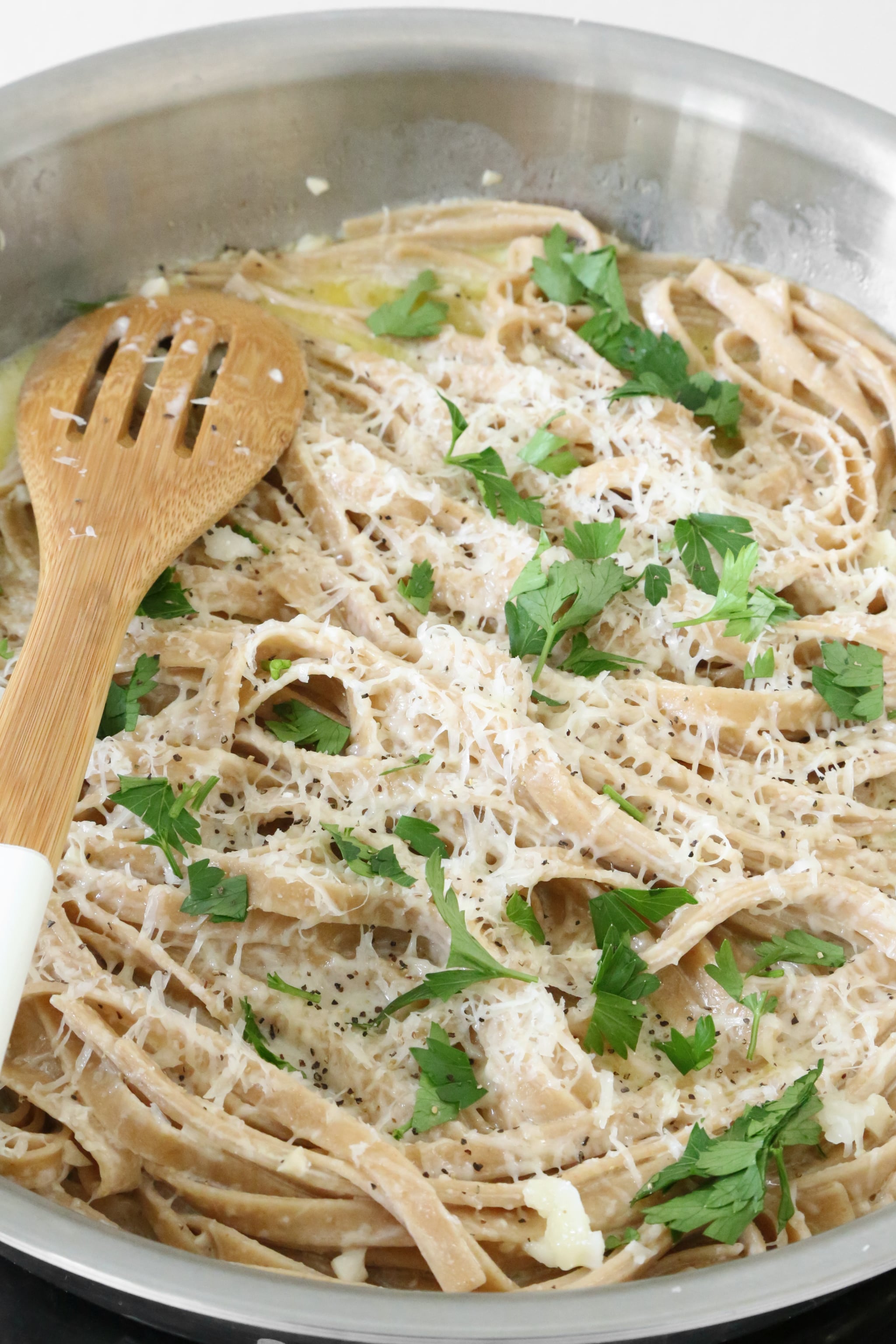 Food blogger Chungah Rhee of Damn Delicious released her first cookbook, Damn Delicious: 100 Super Easy, Super Fast Recipes ($25), and this one-pot garlic parmesan pasta had to be the first thing I made from it. Why? Well, after my epic failure with cooking pasta in tomato sauce and my colleague's disastrous attempt to re-create Martha Stewart's famous one-pot spaghetti, I have been damn near convinced that one-pot pastas don't turn out.

So I thought, if anyone knows the art of perfecting the challenge of one-pot pasta, it would be Chungah, and she doesn't disappoint! This recipe comes together effortlessly in under 30 minutes, making it ideal for busy weeknights when you can't be bothered to fuss over the stove. Most importantly, it doesn't taste like starchy glue. Instead, the pasta cooks to an enjoyable al dente, and you'll want a piece of crusty bread to mop up every last drop of that velvety alfredo sauce, made super savory thanks to the addition of chicken broth. I plan on sharing this recipe with every friend I know and cooking it up again and again because it's just too good not to. 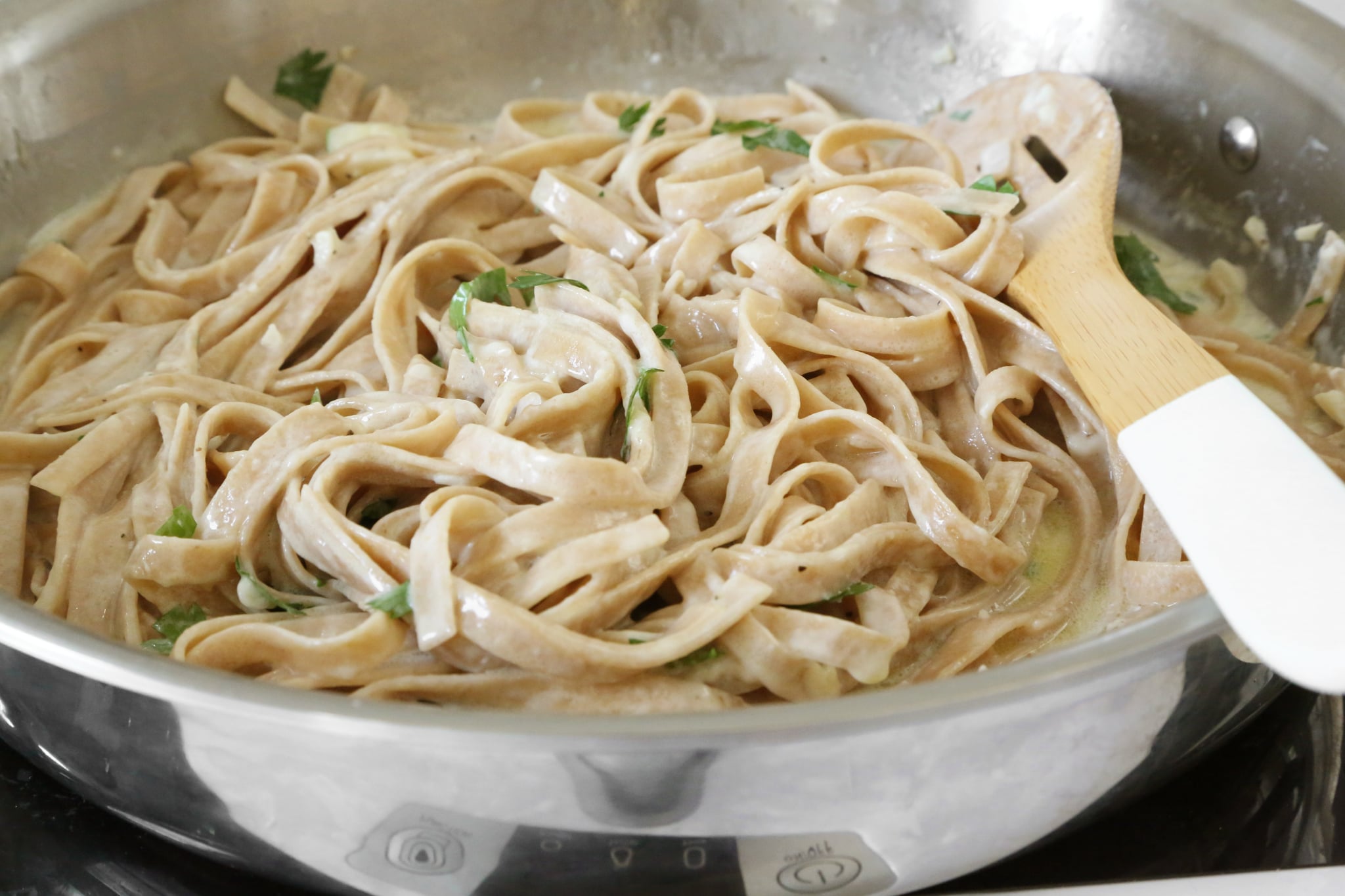 A few notes: I did end up adding more liquid to the pot, as she recommends. I also used half-and-half because it's what I had! I personally recommend just using whatever milk or cream you have on hand. If you want to make it vegetarian, sub out the chicken broth for vegetable broth. And if you want more protein, serve it with some diced-up baked chicken.

This alfredo sauce is made without heavy cream or cream cheese, yet it is still completely, irresistibly creamy and loaded with tons of flavor. The one-pot cooking allows the noodles to soak up all of that garlic and parmesan glory and keeps dishwashing to a minimum. Need I say more? 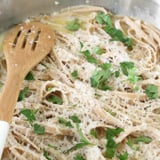