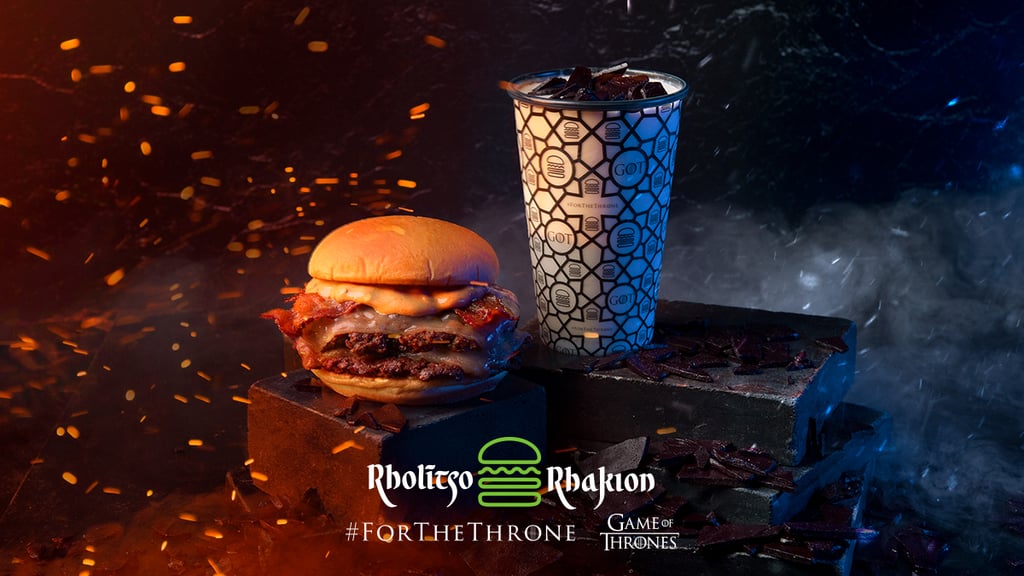 Do you speak Valyrian? Well, you better start taking lessons if you want to order Shake Shack's new Game of Thrones secret menu items. Ahead of the show's eighth and final season, Shake Shack introduced a Dracarys Burger and Dragonglass Shake, which can only be ordered in the aforementioned fictional language. (That shouldn't be at all entertaining for employees, right?)

Available for $11, the Dracarys Burger is a spicy double cheeseburger topped with bacon, Monterey Jack cheese, and ShackSauce. While the burger brings the heat, the Dragonglass Shake, priced at $7, is a cool custard blend of mint and white chocolate topped with shards of toffee.

The limited menu comes after several big brands, including Oreo and Mountain Dew, released their own products inspired by the seminal show. Currently available at Shake Shack's Madison Square Park location in New York City, the burger will be sold through April 21, while the shake is sticking around until May 19. Check out the fire and ice combo meal ahead, as well as a handy Valyrian pronunciation guide.

Related:
Drink Like a Lannister While You Watch Season 8 With These Game of Thrones Wine Blends
Previous Next Start Slideshow
Game Of ThronesFood NewsShake ShackFast Food