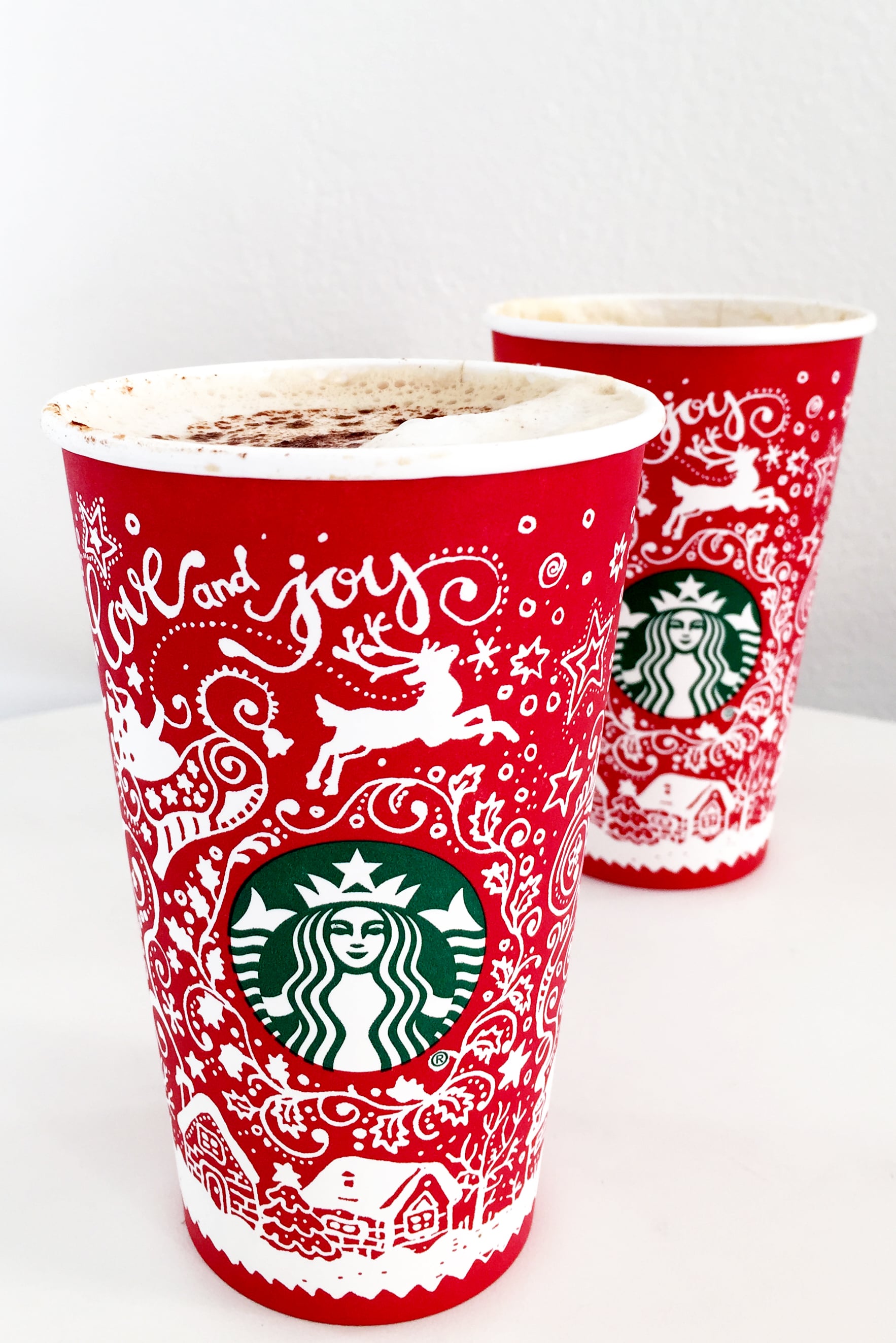 Starbucks released a limited-edition Snickerdoodle Hot Cocoa for the holiday season, but is it any good? Our editors put it to the test to see if it lives up to our cocoa-cookie-hybrid dreams. The verdict? It totally does. The best part is the drink is nowhere near as sweet as we'd anticipated. It's like a cozy cup of (white) hot chocolate with a cinnamon kick that tastes like the holidays. The barista makes the hot cocoa by steaming milk with white chocolate sauce and cinnamon dolce syrup and then adds a sprinkle of cinnamon on top.

You can opt for whipped cream or no whipped cream, and the drink is just as satisfying with Starbucks's new almond milk. In fact, the nuttiness of the almond milk brings out the snickerdoodle flavor even more. "The almond milk one tastes more like a snickerdoodle, but the regular milk is sweeter! Both are pretty delicious though," one commenter wrote. Some of our tasters claim "it doesn't taste like a snickerdoodle, but more like Mexican hot cocoa," but almost everyone agrees "it's not sickeningly sweet" and it's "actually kind of sophisticated for hot chocolate." Get it while you can, because this just might become your favorite Starbucks holiday beverage.

Recipes
Celebrate St. Patrick's Day With These Festive Shot Recipes That Are Sure to Get You Fluthered
by Lauren Harano 2 days ago

Costco
Costco Is Selling Moutai Astrology Liquor, So Having a Drink Tonight Really Is Written in the Stars
by Sydni Ellis 2 days ago

Food Shopping
You Could Build a St. Patrick's Day Charcuterie Board With Aldi's Irish Cheese Collection
by Chanel Vargas 3 days ago