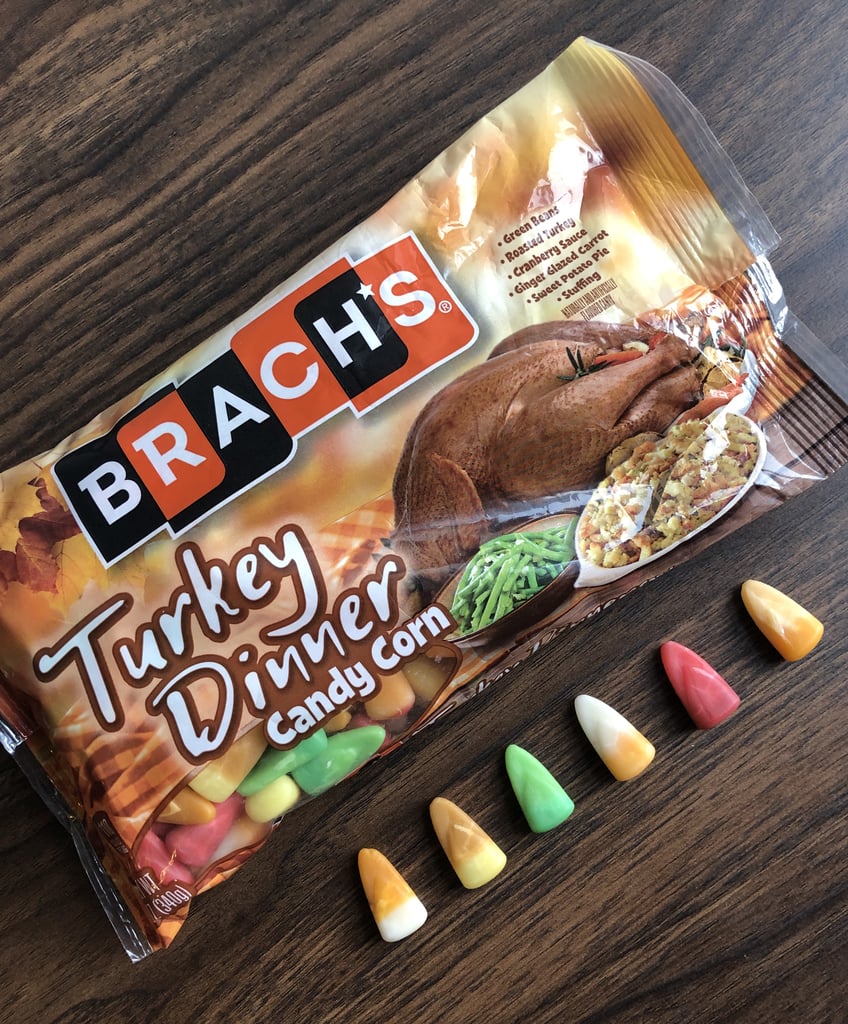 When it comes to food, I'm a try-anything-at-least-once, do-it-for-the-story type of person. So when Brach's debuted a new candy corn variety made to emulate the various components of a Thanksgiving turkey dinner, I saw it as a rousing call to action — a challenge just waiting to be accepted. I quickly got my hands on a bag to taste every cringe-worthy flavor on behalf of my fellow adventurous snackers (and, let's be real, because I've been wildly bored at home and in need of a cheap thrill).

Let me start by saying I'm not a fan of regular candy corn, and I by no means have an iron-clad stomach, so I knew I was setting myself up for a gag-filled disaster. But alas, with a palate-cleansing glass of water on hand and my roommates nearby for emotional support, I dove into a bag of the Thanksgiving-inspired candies, which the Walgreens team graciously sent my way. As soon as I ripped it open, an overwhelming stench filled my apartment, threatening to singe my nose hairs. It was reminiscent of those intense caramel-scented candles that fall shoppers sniff-test in passing but never dare add to their cart because they're too nauseatingly sweet. You know the ones.

Included in the bag was a mixture of six distinct flavors that correspond to different Thanksgiving dishes — roasted turkey, cranberry sauce, ginger glazed carrot, sweet potato pie, stuffing, and green beans — and I placed one of each on my table as if lined up like criminals awaiting mugshots. Some weren't entirely despicable, but others were downright un-swallowable, with two flavors in particular breaching borderline illegal territory. If you're considering scooping up a bag to try for the hell of it, do your taste buds a favor and first read my flavor-by-flavor breakdown ahead so you know what you're getting yourself into. I've ordered them from the most to least tolerable to really build up the suspense, naturally. I suggest keeping a trash bin close by.