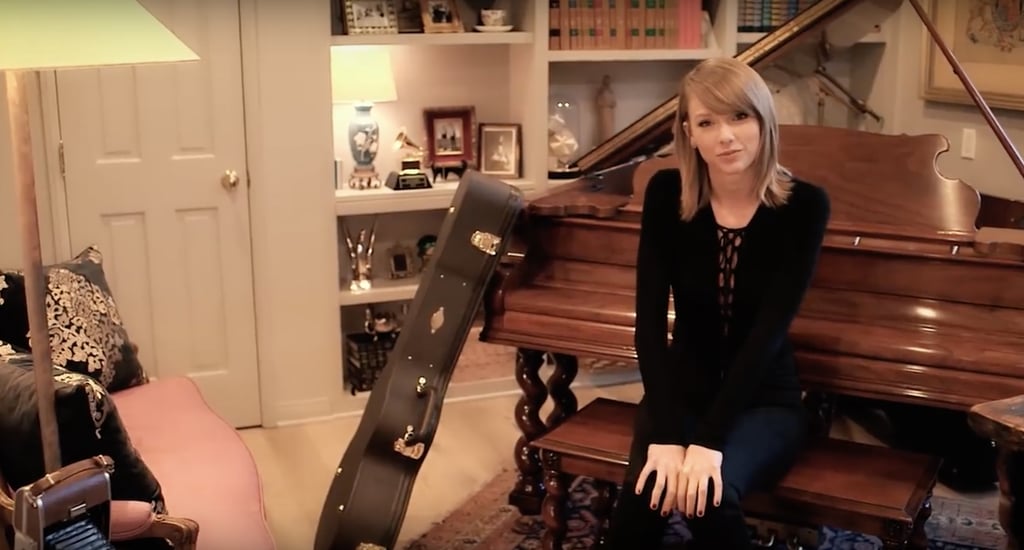 Taylor Swift might be one of the biggest stars in the world, but one of her most endearing traits (and what a lot of fans love most about her) is her "girl next door" quality. Despite her hit albums and massive success, she still talks to fans on social media, geeks out over her favorite celebrities, and basically is still so relatable. She seems like she could be your friend or next door neighbor, right? Well, while the friend thing seems pretty realistic, she definitely wouldn't be your neighbor . . . unless you're super rich. Why? Because Taylor's real estate portfolio is insanely impressive (and expensive), and that includes the LA mansion that she recently sold for $4 million.

Taylor has become notoriously private over the last few years, taking a long break from social media and only giving fans tiny glimpses of her homes (usually in the form of cat videos), but in 2016, she actually welcomed Vogue into her West Coast abode to take part in their infamous 73 questions video. She gave a partial tour of her gorgeous Beverly Hills pad, which she purchased in 2011, and despite the fact that she doesn't live there anymore, it still gives us a huge look into her world and personal taste. Like, for example, how despite the massive price tag and large square footage (almost 3,000), the home itself feels cozy and welcoming, much like Taylor herself. Even though she no longer owns it, you'll definitely still want to take a look inside, so keep scrolling.

Related:
120 Sexy Taylor Swift Pics That Will Convert Just About Anyone Into a Swiftie
Previous Next Start Slideshow
Taylor SwiftCelebrity Homes