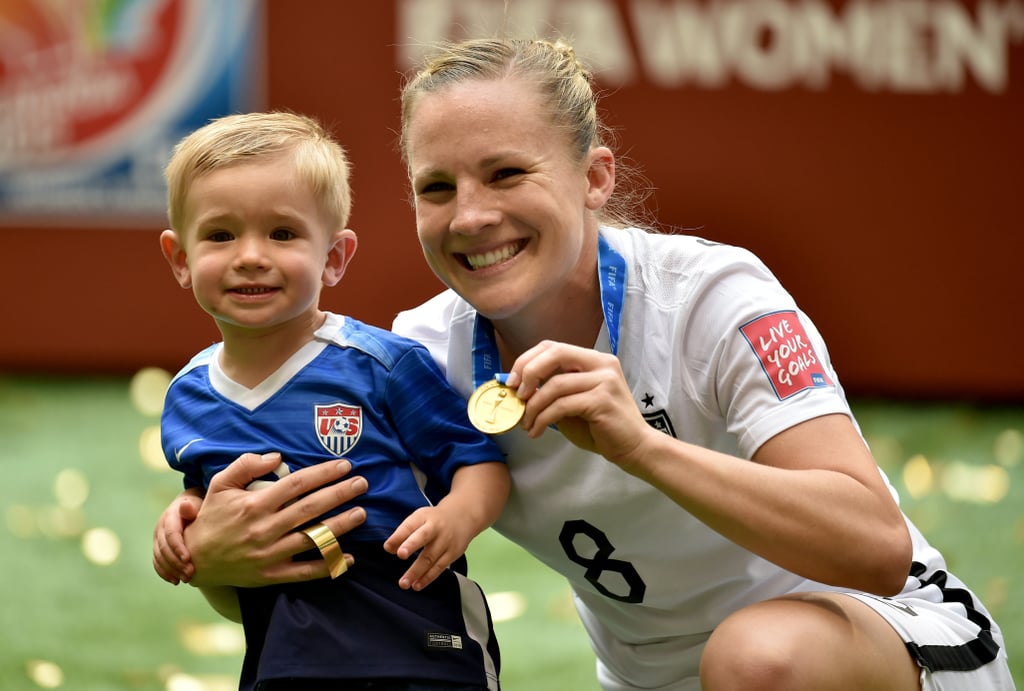 There are plenty of great pictures of the celebrations (and behind-the-scenes pregame preparation) that took place on the soccer field after the USA women's soccer team took the trophy at the 2015 World Cup, with a score of 5-2 against Japan. All pictures are sweet and full of emotion, but this one of forward Amy Rodriguez with her son, Ryan, takes the number one spot in our ranking of most adorable snaps. Though Amy, who is of Cuban descent and the only Latina on the national team, didn't play in the final, she has been on the field for over 100 games with the squad. As one of only three moms on the team, the athlete had her 1-year-old son by her side to celebrate her win, proudly wearing his mom's number on his jersey. Keep scrolling to see more pictures of Amy and the postwin festivities, then learn more about what makes this soccer star so special.

Previous Next Start Slideshow
NewsWorld Cup
Around The Web