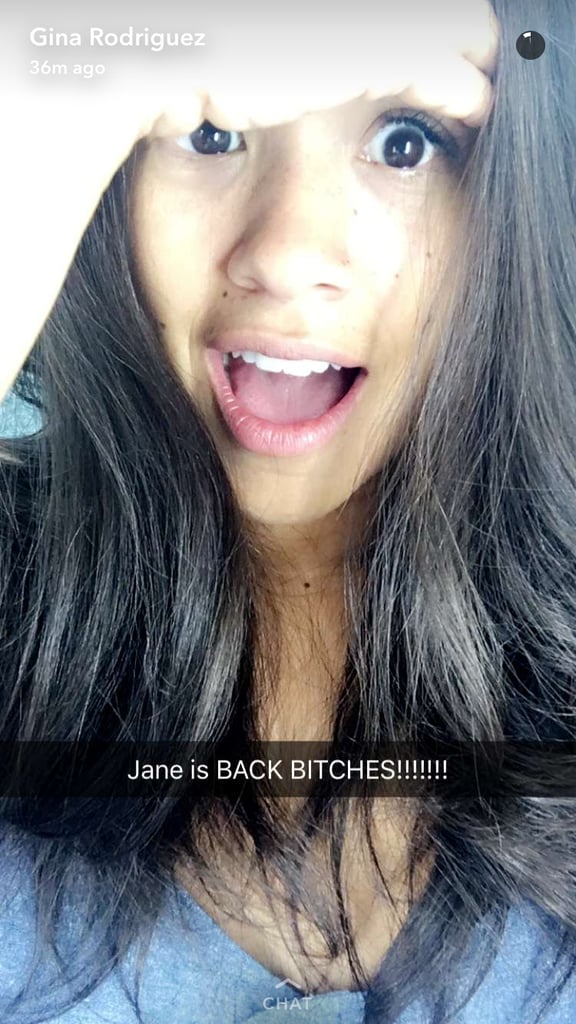 Get excited, because Jane the Virgin's third season is officially in production, and the proof is all over Gina Rodriguez's Snapchat.

The newly blond Puerto Rican-American actress, who, it appears, will be wearing a luscious dark brown wig when she plays Jane on the new season, shared a bunch of adorable pictures and videos featuring her fellow cast members — including Jaime Camil, Andrea Navedo, Justin Baldoni, and Ivonne Coll — on set. How fun! If the behind-the-scenes action isn't enough motivation to follow Gina right now, we seriously don't know what is. Keep reading to admire a peek at it all. Then, scroll through all the other Latin celebrities you should be following on Snapchat.

Netflix
Gentefied: Netflix's New Series Takes a Bite Out of Gentrification With Tacos and Laughs
by Mekishana Pierre 41 minutes ago

Netflix
The Notebook, Jerry Maguire, and More Are Heading to Netflix to Ring In the Month of Love
by Mekishana Pierre 5 hours ago