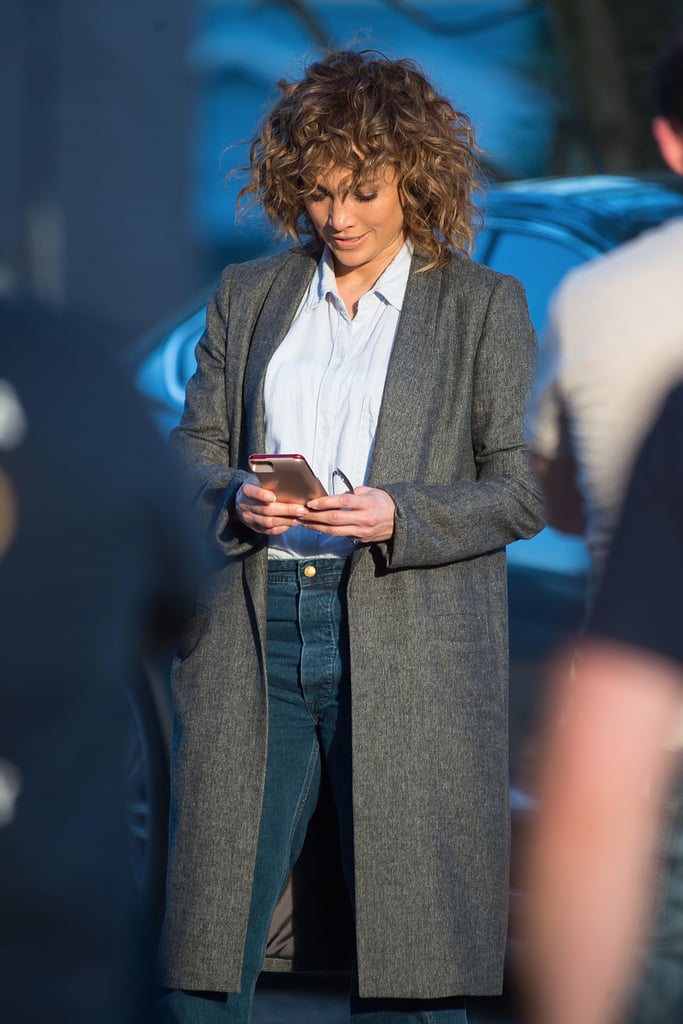 Jennifer Lopez is never too busy for love. The 47-year-old was spotted FaceTiming her boyfriend, former baseball player Alex Rodriguez, in between shoots for season three of Shades of Blue.

The actress and singer was rocking her character's signature curly hair and loose-fitting clothes while talking to Alex, who was caught on camera blowing her a kiss as she smiled back. The two have been dating for a few months and couldn't look more in love — they know FaceTime is the secret to a long-distance relationship.

The couple are basically inseparable, making everyone's hearts drop when they made their fashionable red carpet debut at the Met Gala. "We're having a great time, she's an amazing, amazing girl, and one of the smartest human beings I've ever met and also an incredible mother," Alex said during an appearance on The View. Jennifer hasn't been able to stop gushing about Alex, either, saying on The Late Late Show With James Corden: "He's a great guy. He's fun. He's awesome." Keep scrolling to see the photos that will give you butterflies in your stomach.