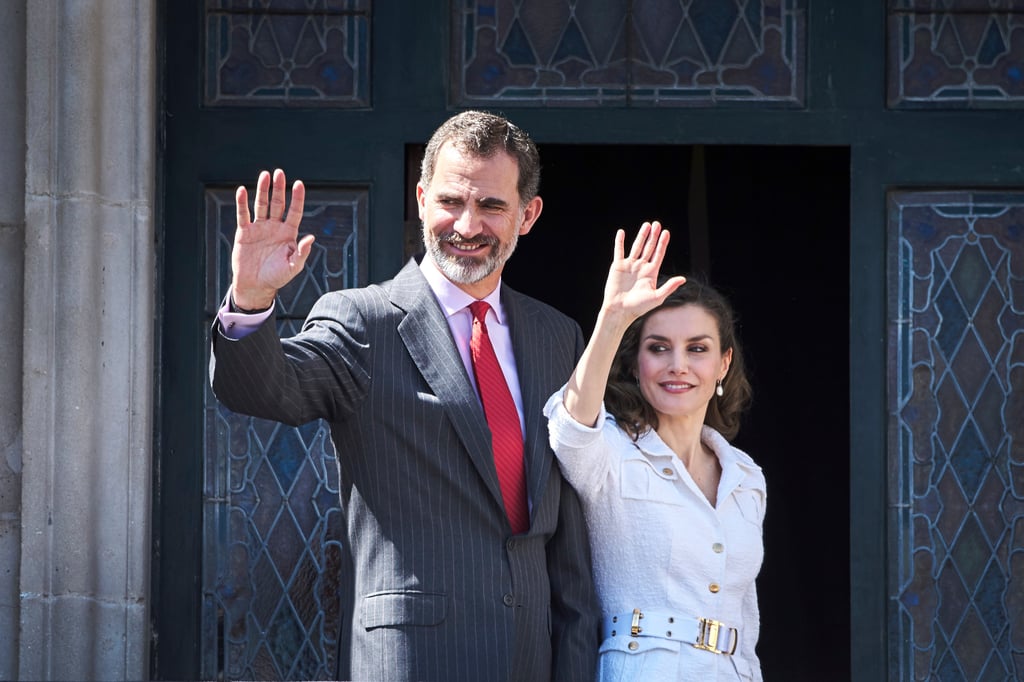 We're getting palpitations just thinking about how packed the Spanish king and queen's calendars must be. This year has so far proven to be a big one for Queen Letizia and King Felipe VI with Infanta Sofía's First Communion in May and official visits to Japan and the United Kingdom. Through it all, the royal couple remains rested, smiling with pride every time they pose with their two daughters and reaching for each other as they attend award ceremonies and events abroad and at home. Letizia has delighted us with her stylish outfits and Felipe has shown all his commitment to his role, traveling on his own to complete as many appearances as possible.

The year is not yet over, but we've rounded up the best photos of the royal couple in the past few months, from balls to vacations to official portraits.

Related:
We Will Never Get Over Queen Letizia and King Felipe VI's Wedding — See All the Photos
Previous Next Start Slideshow
Queen LetiziaThe RoyalsCelebrity CouplesKing Felipe ViBest Of 2017