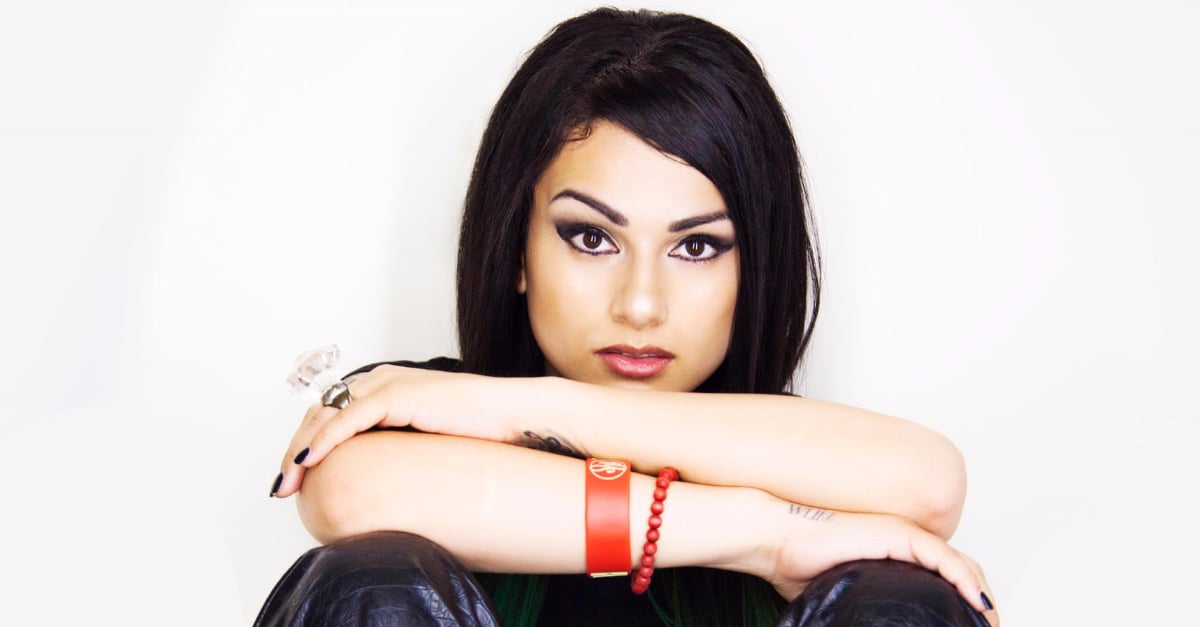 Snow Tha Product (whose real name is Claudia Feliciano) is a rapper and emcee from California.

"Maybe they should have come here legally." It's a sentence that every first generation Latin kid hears when trying to stand up for immigrant rights. I know because I've encountered that argument many times. Growing up in a traditional Mexican family (mariachi and all), in Northern California, I was instilled with pride in my heritage. Being that my dad was from Michoacán, a southern state, and my mom was from Zacatecas, a Northern state, I got two totally different perspectives of Mexico that still brought me to the same conclusion: being Mexican is awesome.

Maybe it was because I went to school there, or because I saw poverty beyond anything I could imagine, I have always been very aware that people migrate to this country for a better life, and that's what my parents did, just like the pilgrims — except, I may be mistaken, they didn't need to fill out an I-485 or any paperwork for residence. Contrary to the belief of Donald Trump, whose words make us appear like some plague that must be rounded up and thrown out of the country before we "destroy America," we didn't come here to ruin anything.

My dad came here through San Ysidro. From the stories I hear he hid in a Jack in the Box for hours, scared as hell. At the exact moment someone was in there grabbing a quick meal, my dad was changing his life forever.

My mom's story is different. She actually came here legally, set to marry a man she met in Mexico, and only visiting to meet the family. My mom is a very particular person, between the culture shock of marrying an American and the family treating her like less than, something made her change her mind, but after getting the big farewell from everyone in Mexico, she figured she should stay and work a few months and buy her family some nice American clothes. One thing was similar in their stories though: Within a few days of getting here both my parents had jobs. Nothing makes you desperately look for a job like being in a different country and too proud to beg.

If I know one thing about my people, it is that we are proud. We come to work and simply provide for our families. In doing so, we have three rules: better, faster, and cheaper.

The easiest thing for an immigration hater to say is "they take all our tax dollars and take our jobs" which is ironic because, in my opinion, typically, the same people who push capitalism and consumerism are the same people that get angry when someone offers to work more efficiently.

Immigrants pay billions in taxes, yes that's with a "B." They built this country and will continue to do so through hard labor while taking jobs others won't. Immigrants, like my parents, have allowed me to build a life for myself in this country by taking a risk that might have involved them coming here illegally because of a broken and confusing system.

The next time someone brings up the "maybe they should get here legally" argument, remember that this is what we are fighting for and this is what we will continue to fight for. I want comprehensive immigration reform and a better path towards citizenship. Immigrants don't always feel safe to have a voice, but their children can stand up and make their voices heard, which is exactly what I plan to do.