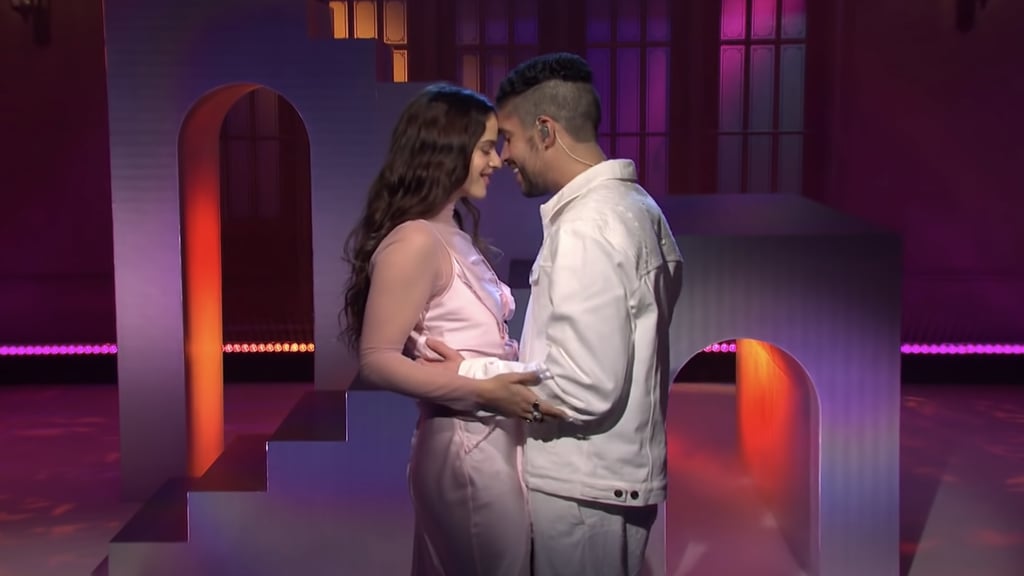 Bad Bunny pulled double duty during his appearance on Saturday Night Live on Feb. 20. In addition to making cameos in a couple of sketches alongside host Regé-Jean Page, the 26-year-old Latin superstar was the show's musical guest, and he certainly delivered. Bad Bunny kicked off the night by performing his steamy duet, "La Noche de Anoche," with Rosalía for the first time ever. The duo played up their chemistry as they appeared to almost kiss at the end, but before the romance rumors begin, let's not forget that Bad Bunny is already taken by his longtime love Gabriela Berlingeri.

For his second performance, Bad Bunny switched things up and brought his WWE 24/7 championship belt on stage to sing "Te Deseo Lo Mejor" from his latest album, El Ultimo Tour del Mundo. The rapper recently won the title by pinning wrestler Akira Tozawa during his recent appearance on RAW. WWE even tweeted about it, writing, "@sanbenito & the #247Title look good on the #SNL stage! 🤩" Does this mean we'll be seeing more of Bad Bunny on WWE? It sure looks like it! In the meantime, check out Bad Bunny's SNL debut ahead.

Related:
I've Watched Regé-Jean Page's SNL Monologue About 20 Times Now, and I'm Still Not Over It
Previous Next Start Slideshow
All Eyes Were on Bad Bunny and Rosalía During Their Steamy SNL Performance originally posted on POPSUGAR Entertainment News
Saturday Night LiveBad BunnyMusicRosalíaTV