Since reggaeton became mainstream, it has taken center stage for conversations and critiques that reflect the larger societal issues about race, class, and gender within Latinidad. Two critical voices in this ongoing discussion belong to Katelina Eccleston and Jennifer Mota, who have spent their careers documenting the cultural, social, and political nuances of el movimiento. "All perreo is reggaeton, but all reggaeton isn't perreo," Eccleston tells her cohost in the second episode of their new podcast "Dímelo Cantando," a partnership with Noise Colectivo and Reggaeton Con la Gata now available on Spotify and YouTube.

"Perreo is inherently Black, it's political," she continues. "Yes, I called twerk political, and essentially reggaeton is mainstream — it's pop music. It's the pop version of perreo." Eccleston also likes to refer to it as "the manifestation of the whitening of perreo." These are just some of the thoughts and critical topics that Eccleston and Mota were already discussing in private as colleagues before the launch of their podcast. They wanted to talk about the racial and gender gaps they were seeing in Latin music and create a space that would give artists an opportunity to join the discussion and go in depth on topics they normally wouldn't speak on.

"These are all conversations that not only talk about what's affecting Black artists and critiquing the industry, but also celebrating a lot of the beauty in our industry. The música that we love so much."

"I think we always wanted to work and collaborate on a project together and it just made sense to bring the dialogue we normally have within ourselves out in the open," Mota tells POPSUGAR. "These are all conversations that not only talk about what's affecting Black artists and critiquing the industry, but also celebrating a lot of the beauty in our industry. The música that we love so much. We love this music so much, but it's something we also critique because that's the only way we move forward as a movement."

In their first season they interview emerging artists including Guaynaa, Lyanno, and Melii, with the first episode featuring Tokischa. Eccleston dives into how Tokischa navigates sexual liberation, agency, and her very public struggles with religion. In episode five, the ladies discuss Black Lives Matter with artist Messiah. He talks about his Dominican experience in a hyper-Boricua space and what it means for him to recognize his privilege as a non-Black artist in the genre.

"All of the isms are addressed," Eccleston tells POPSUGAR. "This is the first time ever these artists have been challenged to have these difficult conversations [because they] are allowed the space and have the encouragement to go there, in audio and video format. This is a historical moment."

Through their journalistic and multimedia work, Eccleston and Mota have been documenting not only the music they love but the erasure of Black women and Black people as a whole from reggaeton. They've been consistent voices who have questioned the norms and traditions they see in Latin music, especially the sexism and colorism they've not only documented but personally experienced behind the scenes as women in the industry. Both Mota and Eccleston cite the importance of people with power acknowledging the social, political, and economic gaps that exist between Black and white artists and professionals behind the scenes. But also, they recognize the caveats between male, female, queer, and gender nonbinary artists as well. They say it's also important that the industry right the wrongs rather than tokenize Black artists with poorly thought-out initiatives. 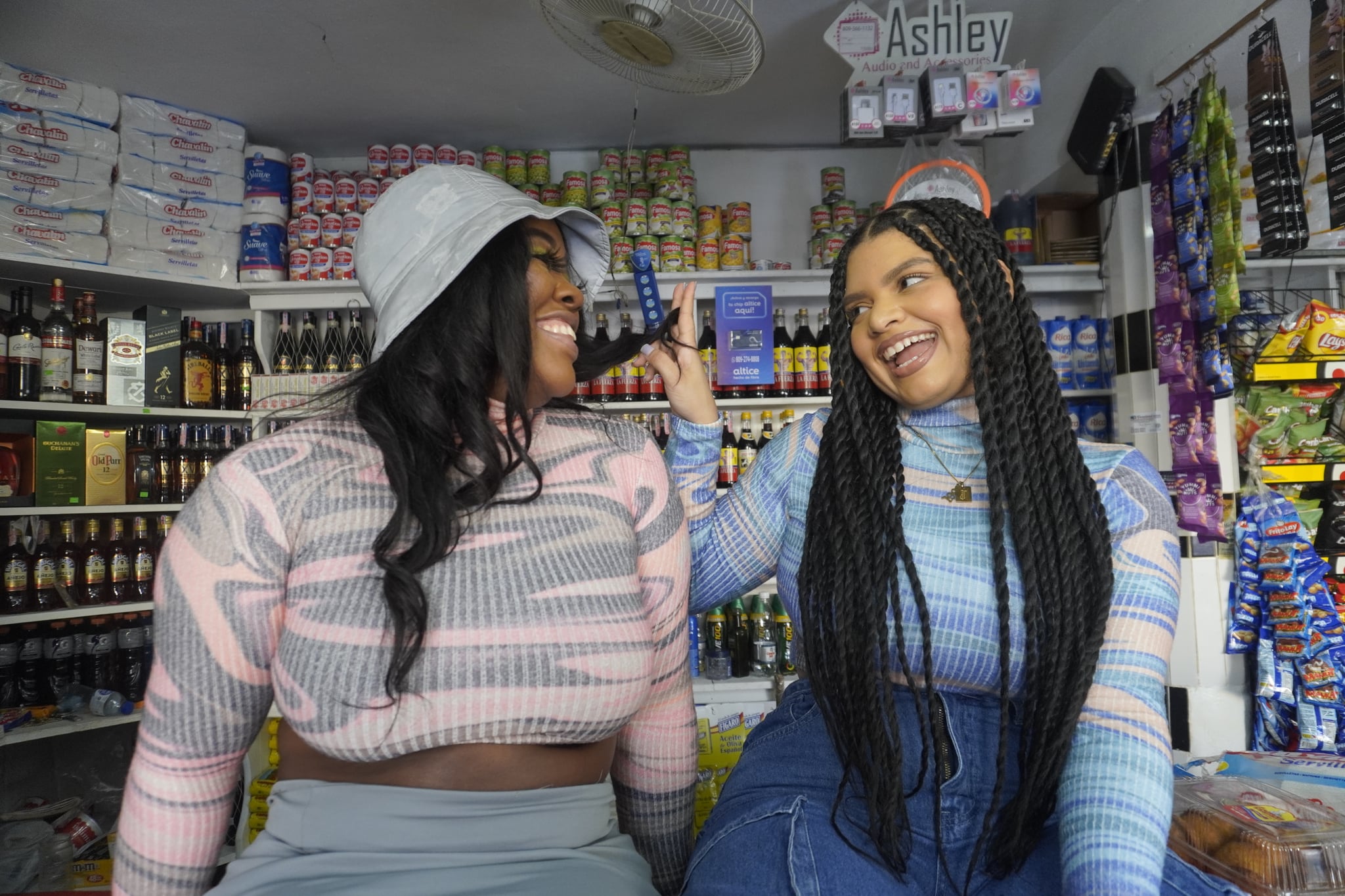 "There are so few Black people in the room that when these initiatives are being created they often come off as moments of tokenism, and I personally am tired of seeing playlists of 'here are all the Black people, let's celebrate them' — no," Eccleston says. "Let's integrate the Black artists into the larger playlists so that after Bad Bunny you hear an artist you've never heard. I don't see those same efforts." As for what needs to happen next in terms of Black people having equity in their own music, it continues to be an issue of diversity and understanding coming from white decision-making spaces. No one is asking for music executives and artists to "solve racism." They are simply asking for Black artists to be promoted with the same energy put toward white ones and for Black professionals to be included in decision-making.

"We really need everybody to be held accountable and start being more socially responsible, and I think a lot of people aren't ready to be socially responsible or don't understand what social responsibility looks like. As consumers we can help create space for Black Latin artists," Mota says. This means putting our dollars toward supporting the work of artists we like and sharing their work. But for non-Black artists, Mota says accountability and social responsibility looks like using their platforms to amplify Black artists, bring awareness to the roots of the genre, and not using collaborations with artists within any given genre as an excuse to run wild with it. "It really comes down to how genuine you are about it. If you really appreciate this music so much, then appreciate it the right way," Mota adds.

But their overall hope is that having these conversations will create not just visibility but the beginnings of industry-wide change in the way things are done. "The only way things can actually start changing is when people in power start unlearning systems . . . anybody that works in this creative space that can make moves and make decisions has the power to create some type of change," Mota says. In other words, the ball's in your court, industry folks, so what are you going to do with it?