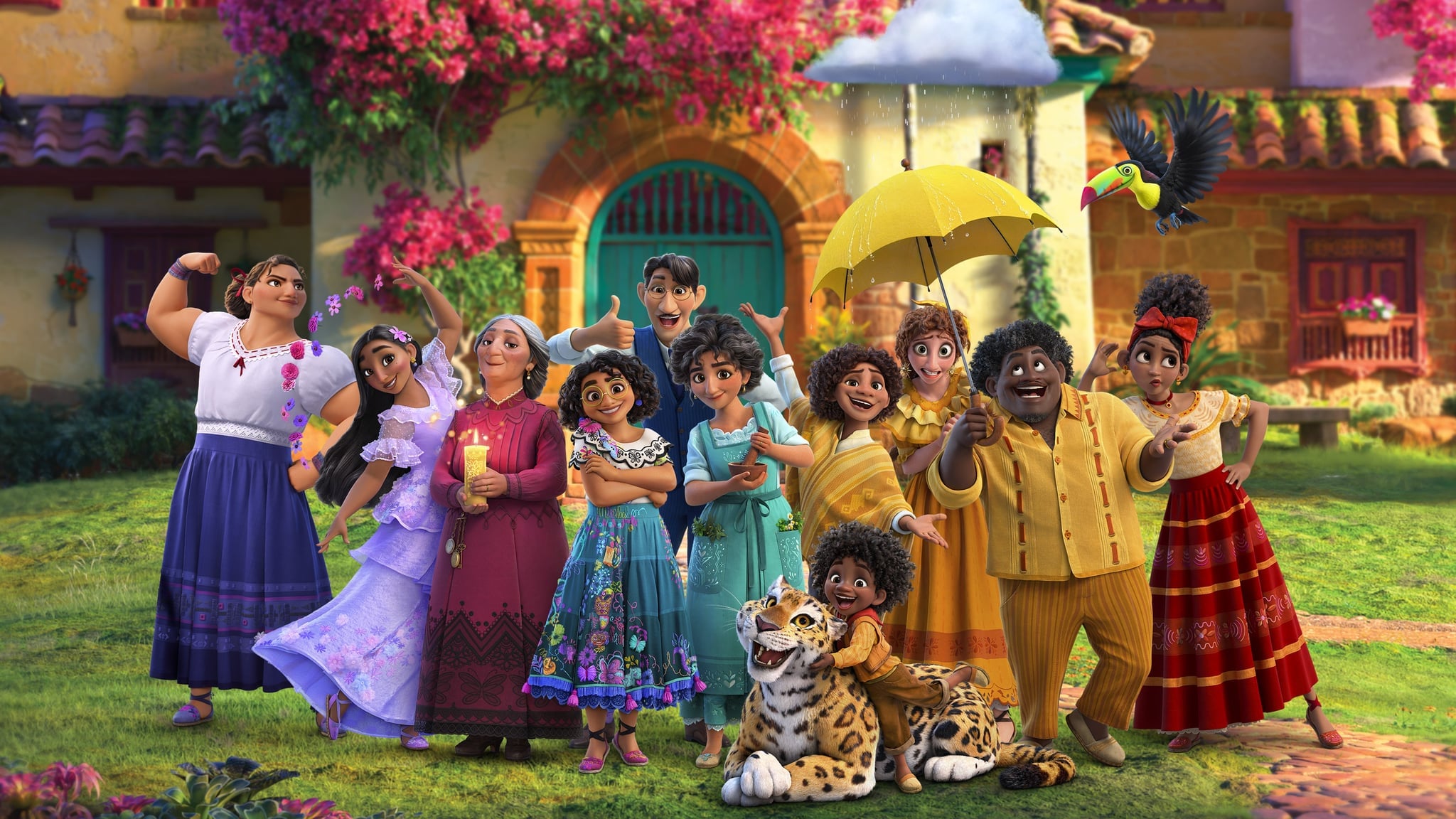 For years, Disney's animated movies didn't make a lot of us feel seen. This was especially the case for communities of color. I'll never forget the incredible amount of joy and excitement the Latinx community experienced when the Disney/Pixar movie Coco came out. It was a major move for Disney when it came to positive Latinx representation. Many of us felt a very similar feeling with the release of Disney's Encanto, a story about a gifted multigenerational family in Colombia. The film celebrates the importance of family and respect for Latinx culture. Recently, the soundtrack to Encanto reached No. 1 on the Billboard chart, beating Adele's "30." This is pretty major considering Adele had been holding that spot for six weeks straight. The success of both the film itself and now the soundtrack really speaks to not just the importance and significance of this type of representation in animated films, but also how movies like this are really changing how Latinx stories are being told.

Lin-Manuel Miranda is the genius behind the songs on the Encanto soundtrack, which range from salsa to hip-hop. But when the album was first released in November, it initially landed at No. 197. It has since made its way to No. 1, with a big climb happening after Christmas Eve, when the film made its streaming release on Disney+. In fact, not only is the album the first soundtrack to reach No. 1 on Billboard's chart since 2019's Frozen 2, but the "We Don't Talk About Bruno," track even became the most-streamed song on Spotify. What is it about Encanto that has everyone so overjoyed?

It's the fact that we don't come by this kind of representation everyday — particularly in animated films. But the good news is, it looks like we're heading in this direction. In the past few years we've seen quite a few animated films release that celebrate Latinidad. It started with 2017's Coco and last year alone we had the release of Maya and the Three, Vivo, and Encanto. What all of these films share in common isn't just that they are animated stories about Latinxs. They are animated stories about Latinxs written by Latinxs, with characters voiced by Latinxs, and a storyline that actually celebrates Latinxs communities rather than stereotype us. This type of representation has been long overdue and any half-driven attempts are no longer going to cut it for our communities.

When Lin-Manuel Miranda released the film adaptation for his Broadway play In The Heights last year, the community was disappointed. While there was a lot to appreciate about the film, it also severely dropped the ball when it came to Black Latinx representation. In The Heights is a story about the Dominican community of Washington Heights and yet there were no major characters played by dark-skinned Black Latinxs. As a result, there was a lot of apprehension surrounding the Steven Spielberg remake of West Side Story. I honestly had low expectations for how it was going to turn out but Spielberg pleasantly surprised me. The film did a beautiful job at staying true to the original story while creating a positive representation of the Puerto Rican community. The film was filled with Latinx orgullo without resorting to dated stereotypes. This seems to be the direction Hollywood is finally taking when it comes to telling Latinx stories and I'm both fortunate and thrilled to finally see it happening. At this stage in the game, there's no accepting any less.