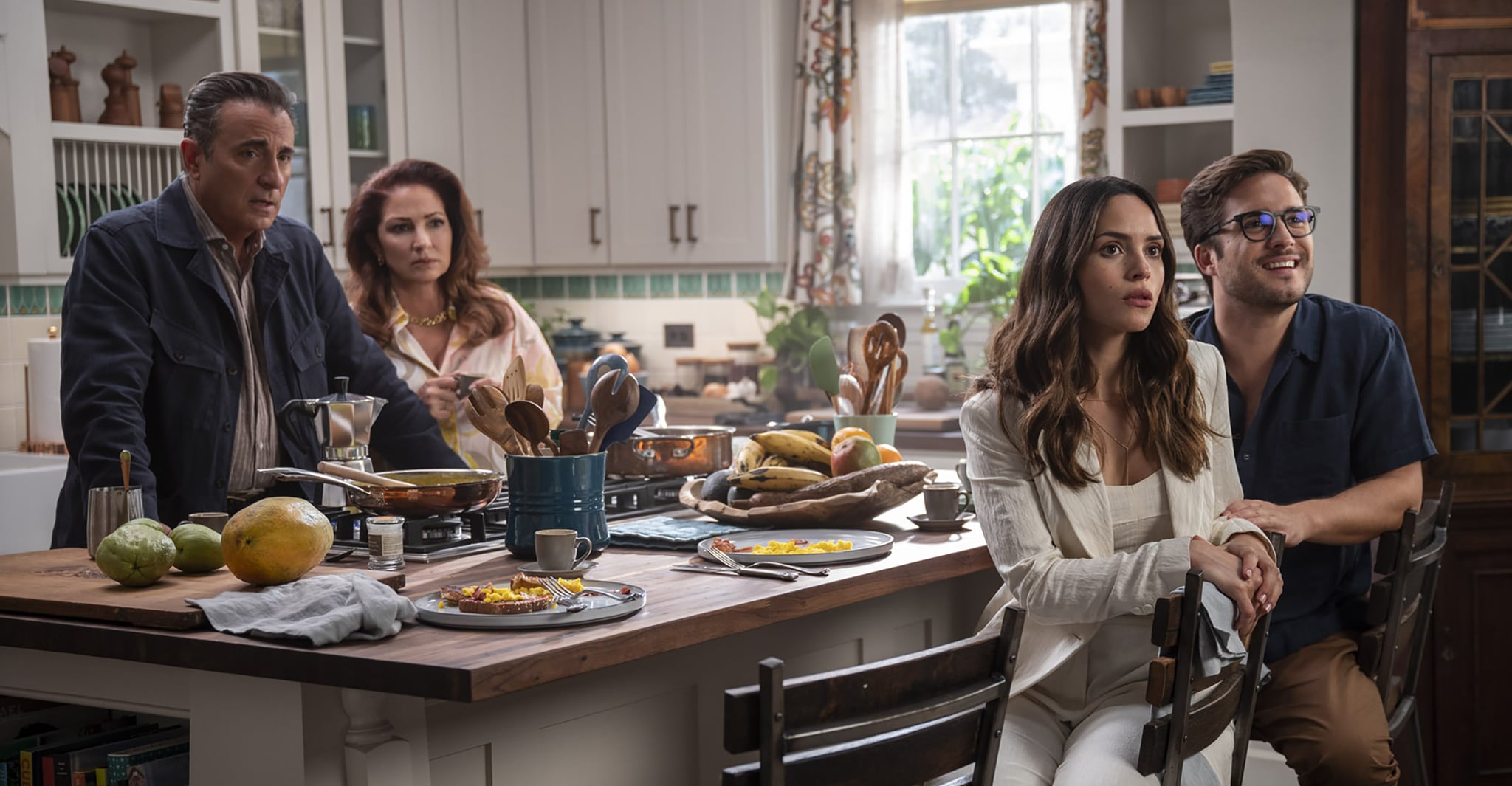 "We're all sharks here!" Gloria Estefan's character, Ingrid, declares in HBO's new reboot "Father of the Bride," which consists of an all Latinx cast. She's trying to defuse a particularly tense moment between her Cuban American family — especially her husband, Billy, the father of the bride (played by Andy Garcia) — and her soon-to-be Mexican in-laws. The film is a remake of the 1950 Hollywood classic of the same name starring Spencer Tracy and Elizabeth Taylor, which was followed by a 1991 version starring Steve Martin, Diane Keaton, and Martin Short. This time, however, the conflict is Cuban American vs. Mexican, taking the cross-national debates within the Latinx community to a mainstream movie.

In the US, Latinx communities often find themselves lumped together into one monolith. Sometimes, it seems like the media can only portray us as an indistinguishable mass of poor brown immigrants selling drugs or cleaning houses. It doesn't matter that we come from all races, classes, immigration statuses, and professions (even if Hollywood, when trying to humanize us, tends to focus on the rich white parts — as "Father of the Bride" does). For those of us tuned into Latinx media, the "we are not a monolith" chant seems obvious at this point, but it's still pretty rare to see the idea meaningfully penetrate the mainstream consciousness. And that's what "Father of The Bride" does. Written by, directed by, and featuring Latinx talent, it normalizes diversity within our community for all to see.

Remember "My Big Fat Greek Wedding?" It was a huge hit, portraying the differences between two (white) families brought together through a marriage. The 2022 "Father of the Bride" echoes that — the two families prefer different foods (ropa vieja vs. mole), different music (big band vs. mariachis), and different cigars (Mexican vs. Cuban). Of course, since everyone here is Latinx, both sides have big, loud families — a dynamic that's not at all the case in the Anglo versions.

And that's not the only thing the two families have in common. We see both sides worrying about losing their traditions. Father-of-the-groom Hernan (played by Pedro Damián) laments that after going to school in the US, his Mexican-born son, Adan (played by Diego Boneta), is already acting like a gringo. Both sets of parents would prefer a church ceremony, insist on a big guest list, and want to spend lavishly — their children's wedding is as much about showing off their economic success as it is about celebrating the young lovers.

With that said, both sides are also adapting to the times. Hernan wants Wagyu beef for his carne asada — a modernized choice that Billy calls out. For his part, Billy identifies as traditional (as an architect, a man, a father, and a husband) but over the course of the film, he learns just how much his lack of flexibility is hurting him. He faces some tough love from both of his daughters over it, not to mention his wife, who seeks a divorce.

My favorite part of the film is how it delves into the nuances, showing how we can be at once different and the same. At one point, the groom's parents ask Ingrid and Billy if they speak Spanish. They answer, "Of course," switching into the language. The two sets of parents start talking about what it's like raising kids in the US, the compromises that entails, and the changes it engenders. The two older generations commiserate, achieving a deep understand with on another in spite of their different experiences. It's a powerful moment that brings together different branches of Latinidad even as it shows their distinct characters.

That's the magic of HBO's "Father of the Bride": it shows how the cultural differences between Mexican and Cuban Americans can power a mainstream movie without a maid or drug dealer in sight. It does so with subtlety, looking at the differences between the two families and the places where those contrasts are large, slight, and nonexistent. That's pretty significant in terms of representation. With "Father of the Bride," Latinxs have arrived in all our multinational glory — and there's a lot of beauty in that.