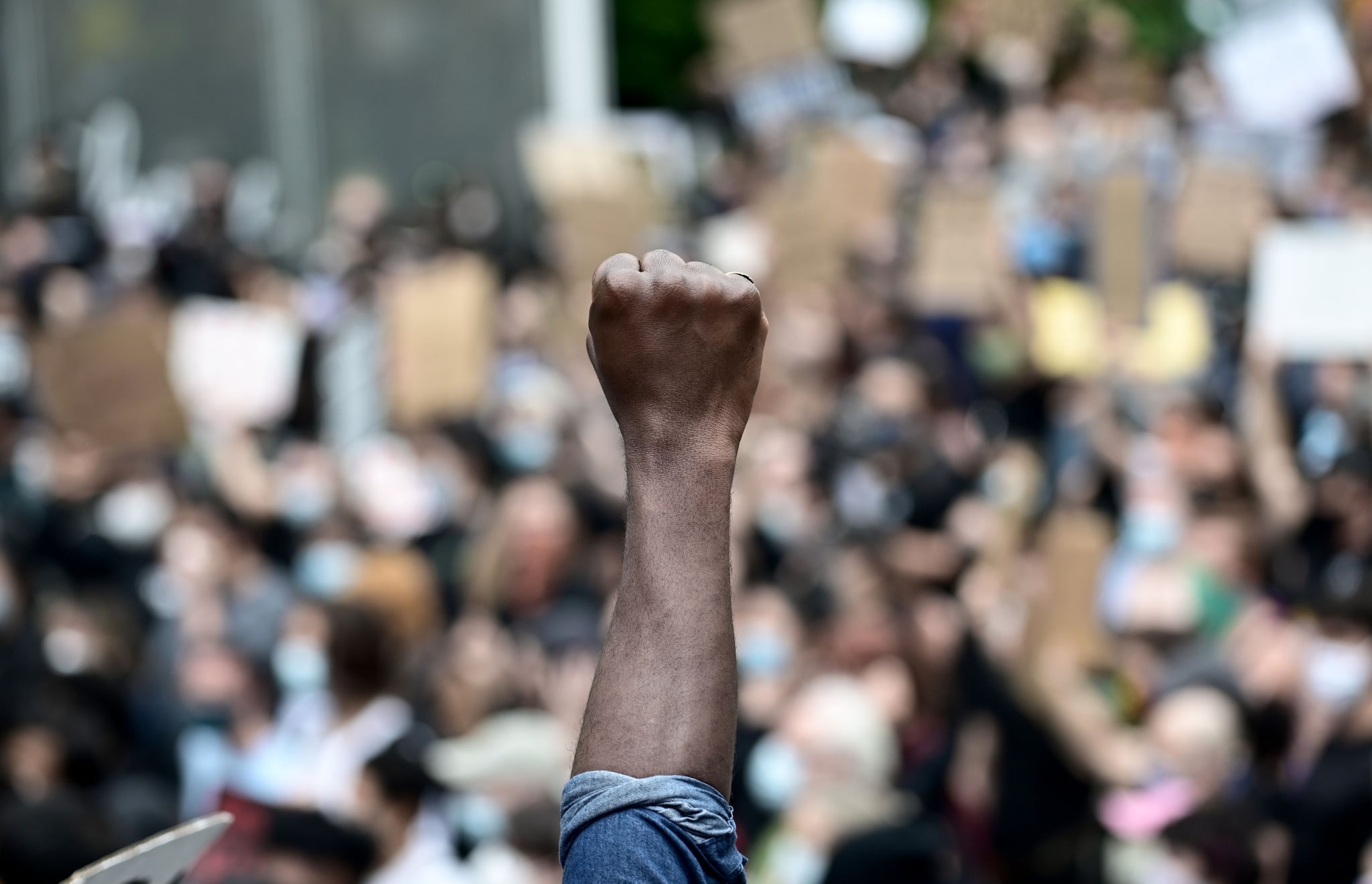 Growing up in Dominican Republic, I heard a lot of comments that were racist, but I didn't realize it at the time. Things like "tienes que mejorar la raza" ("you have to improve the race," usually by marrying someone white), or "péinate ese pajón" ("brush that mop," referring to unruly hair), were everyday phrases I took very lightly and even laughed along with.

I also heard "te vas a poner negra" ("you're going to turn Black") at the beach or pool after I'd been lying under the sun for a while, and I'm pretty sure I said it to family and friends too, como un relajo. Another popular one was "yo no quiero hacer moñitos" when talking about future children, referring to someone not wanting to braid or twist their kid's hair — meaning that they'd prefer their daughters in particular to have straight hair.

There was — and still is — an unspoken aversion to anything black in Dominican culture: hair, features, music, dance, and even fashion.

This blanqueamiento, or whitening, comes from our colonial history. Dr. Griselda Rodriguez-Solomon, a sociology professor with a specialization in Latino studies, told HipLatina in an interview that Europeans in power understood they had to create structures to keep whiteness on top. They did that with everything from religion (centering it around a white, male god) to education, erasing our African and indigenous history.

Related:
Why All Latinx Have a Duty to Demand Justice and Support Black Lives Matter

This sentiment has prevailed and evolved in Dominican culture, to the point where we equate Black with poor, uneducated, and often, criminal. It's like we learned about our African heritage in school but ignored it in real life as if it was a shameful secret we had to keep. The worst part is that during my childhood, it seemed as if everyone — including me — thought this was OK.

It took a lot of learning and growing on my part to start breaking away from racism and harmful patterns. One of the first events that started changing my perception was meeting a new Black student at my school, which was predominantly white at that time. She was brilliant, kind, and loving, and it didn't take me long to realize I wanted to be like her.

"It's like we learned about our African heritage in school but ignored it in real life, as if it was a shameful secret we had to keep."

I started questioning a lot of the misconceptions I had grown up used to, and they became more uncomfortable to fathom. My college experience was more diverse, but it wasn't until I moved to New York City that I understood the racial charge of the everyday phrases I thought were funny. I'd explain Dominican slang or expressions to people I'd befriend, and they'd be so patient with me, understanding these comments were coming from an ignorant place, and my new friends would explain why these expressions weren't appropriate. I began listening, opening my eyes, and understanding, but I was also learning to speak up, especially within the circles where I was the most comfortable.

Luckily for me, my siblings were also going through their own awakening, and when we all got together as a family, we were comfortable enough to point out problematic behavior among our relatives and explain why it wasn't OK. Our parents raised us to be loving and accepting human beings capable of thinking critically and objectively, and they are this way themselves too. But they sometimes fall victim to their environment, which is why a lot of conversations regarding race and misconceptions have taken place in our house.

Now, given the current events in this country, these conversations are also happening in a lot of Latinx homes. While I can only speak from my experience as a Dominican, I've heard so many Latinx friends share how racism looks in their countries, so I know this is a widespread problem across our community as well.

It is our responsibility to educate our parents, tías y tíos, abuelos and abuelas, and any other person in our environment who still doesn't get why these behaviors and attitudes are an issue. We can start by calling out the racially charged comments that they think are harmless. Let's not bite our tongues and ignore them. Explain why we should eliminate them from our vocabulary.

We should read about and highlight all the contributions Black Latinx have made to our culture, like José Celso Barbosa, one of the first Puerto Ricans and persons of African descent to receive a medical degree in the US; Gwen Ifill, who championed diversity in journalism; Felipe Luciano, who founded the Young Lords New York Branch, an activist group focused on the liberation of oppressed communities; and historian Arturo Schomburg, who raised awareness for the African Diaspora.

We also need to bring visibility to the Black Latinx doing the work now, whether that is by promoting their businesses on social media and becoming their clients, by talking about them and recommending their services, or by supporting their causes, attending their events, and showing up for them.

However, the support shouldn't end there. It is imperative that we contribute to organizations and encourage activists that fight anti-Blackness, as well as back up policy changes that could help combat structural racism in policing. Let's remember that fighting against that internalized anti-Blackness is an ongoing process. We're never done learning and we should never stop questioning our assumptions.