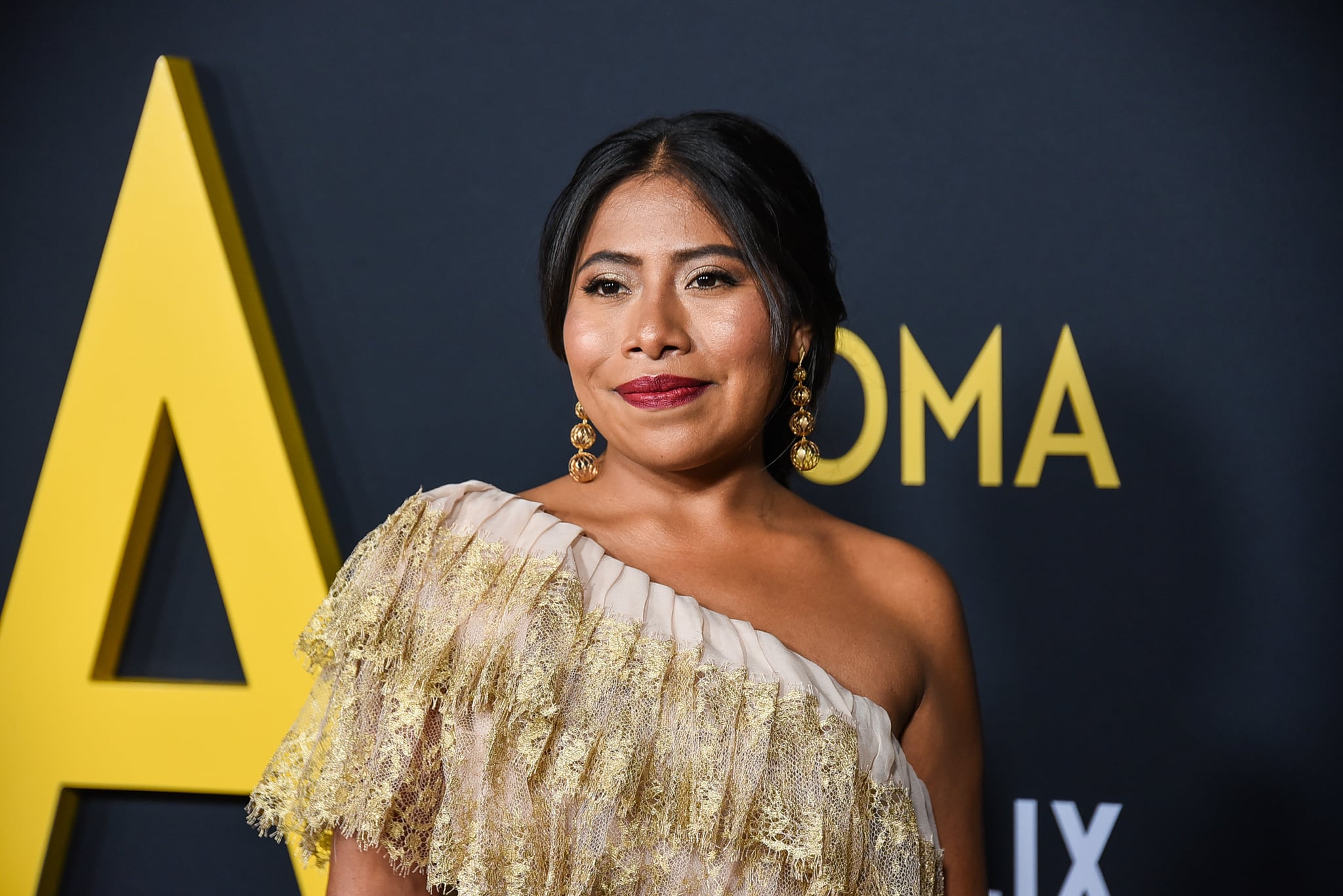 It seems like a lifetime ago that I saw Yalitza Aparicio appear as "Cleo" in director Alfonso Cuarón's 2018 movie Roma. Although the film was critically acclaimed and was lauded as a real look at the life of an Indigenous maid in an affluent Mexican household, when the media whirlwind subsided so did my hope that this would create a change in Hollywood's portrayal and inclusion of Indigenous people.

When Roma was released, the response to Aparicio's praise was outright upsetting. It was beyond disappointing to watch the already thinly veiled racism and sexism that exists reveal itself in Latin media. Several outlets and stars were caught making disparaging remarks about Aparicio's race, success, and nominations. A viral video caught telenovela actor Sergio Goyri making disparaging remarks about Aparicio. It was also documented that a group of Mexican actresses were lobbying to have Aparicio excluded from Mexican Academy of Cinematographic Arts and Sciences (AMACC), which is their equivalent of the Oscars. Most backtracked and acted like it was some huge misunderstanding — yeah right. Ironically, the Mexican media proved what the film was critiquing all along: the racism, sexism, and discrimination that Indigenous women still face.

Fast-forward to 2021, and we still have yet to see Aparicio appear in another major movie role, even after being nominated for best actress at the 2019 Oscars. But she recently appeared in a Huluween horror short film, Hijas De Brujas, by Mexican director Faride Schroeder. I'm excited to watch it, but after all that buzz, why will this be the first time we're seeing her on screen since 2018? And what will it take to finally see more Indigenous women in major films playing lead roles?

I think one of the misconceptions is that Indigenous people aren't here, in the US, Canada, or in Latin America. But that isn't actually true. It's just that the media pretends they don't exist. There are literally 50 million people who identify as Indigenous that are a part of 500 different ethnic groups across Latin America. There are currently 567 federally recognized tribes in the United States. And, as we know, there is no one type of representation when it comes to distinct cultures and languages. Indigenous peoples are also not a monolith. Let's also not forget that the people of the Americas are separated by lines drawn by colonizers — borders are arbitrary.

In the past few years, Indigenous people's cultural distinctions have received a lot more visibility because of platforms like TikTok. In fact, #IndigenousTikTok is expanding and claiming their own narratives and cultural individuality. One of my favorites are the Inuk Mother-daughter duo Shina and Caroline Novalinga, who are reviving the lost art of throat singing and educating their viewers at the same time. There is also Tia Wood of the Creek Nation who brings attention to issues impacting indigenous communities, and Navajo (Diné) Nation hoop dancer Patrick Willie.

Most recently the new FX series Reservation Dogs gives us a glimpse into the rather glib misadventures of Indigenous teens living on a rural Oklahoma reservation. But in terms of mainstream representation, there is still a serious lag in Indigenous stories that aren't sloppy stereotypes or white-centered films for white audiences. In the past, the biggest blockbusters about Natives have been ones that center white men like Dances With Wolves and The Last of the Mohicans. But where are the stories that center Native experiences, by the people who have actually lived them?

One of the biggest myths when calling for representation and equity is that there "isn't enough talent." We hear this from the people in power every time they want to justify perpetuating otherness and exclusion. This, of course, is categorically untrue. There are plenty of filmmakers and actors creating their own projects. But not many get the funding and the attention they deserve.

Kimbery Bautista is the executive director & founder of the Justice For My Sister Collective. She created the Black, Indigenous, people of color SciFi screenwriting lab to center marginalized voices and help emerging filmmakers of color and survivors of gender-based violence with the training, resources, and mentorships to make their first film. She believes that what is really needed is equity and more Indigenous and POC in executive roles.

"I think more Indigenous representation in mainstream film and TV will be possible with more BIPOC in executive roles."

"I think more Indigenous representation in mainstream film and TV will be possible with more BIPOC in executive roles," Bautista told POPSUGAR Latina. "There are some established institutional pipelines in place, making way for amazing talent. Sundance Film Festival has a robust Indigenous filmmaker initiative, and Bird Runningwater helmed that for many, many years. He recently moved on to a new venture. Film producer Heather Rae also had a hand in creating this initiative. Billy Luther is a great documentary and fiction filmmaker who hails from that program."

But it would appear that the tides are changing. On September 30, it was announced that Bird Runningwater has signed a first look deal with Amazon studios. "The Indigenous community is experiencing a significant moment — having our stories presented to American audiences — and I'm excited to partner with Amazon to make this moment a lasting cultural shift in our industry, and to serve audiences worldwide," Runningwater told Deadline.

This, of course, does not account for Latin media and TV, or the history of racist attitudes that persist in Latin America. Things like the legacy of the Casta System, antiblackness, anti-indigeneity, and the erasure caused by the mestizo ideology are all determining factors in the way we view and value Indigenous stories. There is no easy fix, and the barriers that exist in Latin America definitely are not the same that exist in the US. But progress is on the way. As consumers, it is our job to demand more Indigenous stories and support the ones that already exist. Yalitza's latest is on Hulu+ now, so ya'll better watch!

Movies
It's Official, Human Beings: A "Community" Movie Is Coming to Peacock
by Victoria Messina 53 minutes ago